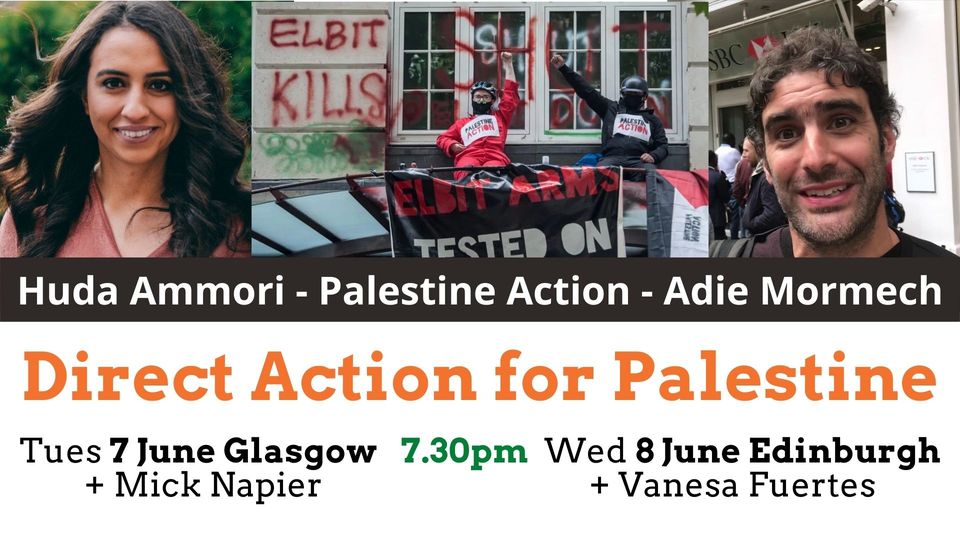 Huda Ammori co-founded Palestine Action and Adie Mormech co-founded the Manchester PA group. They will both be speaking in Glasgow and Edinburgh next week.

Third speaker will be an SPSC member active in successful Scottish campaigns against both the racist Jewish National Fund and Israeli Government-sponsored cultural activities. 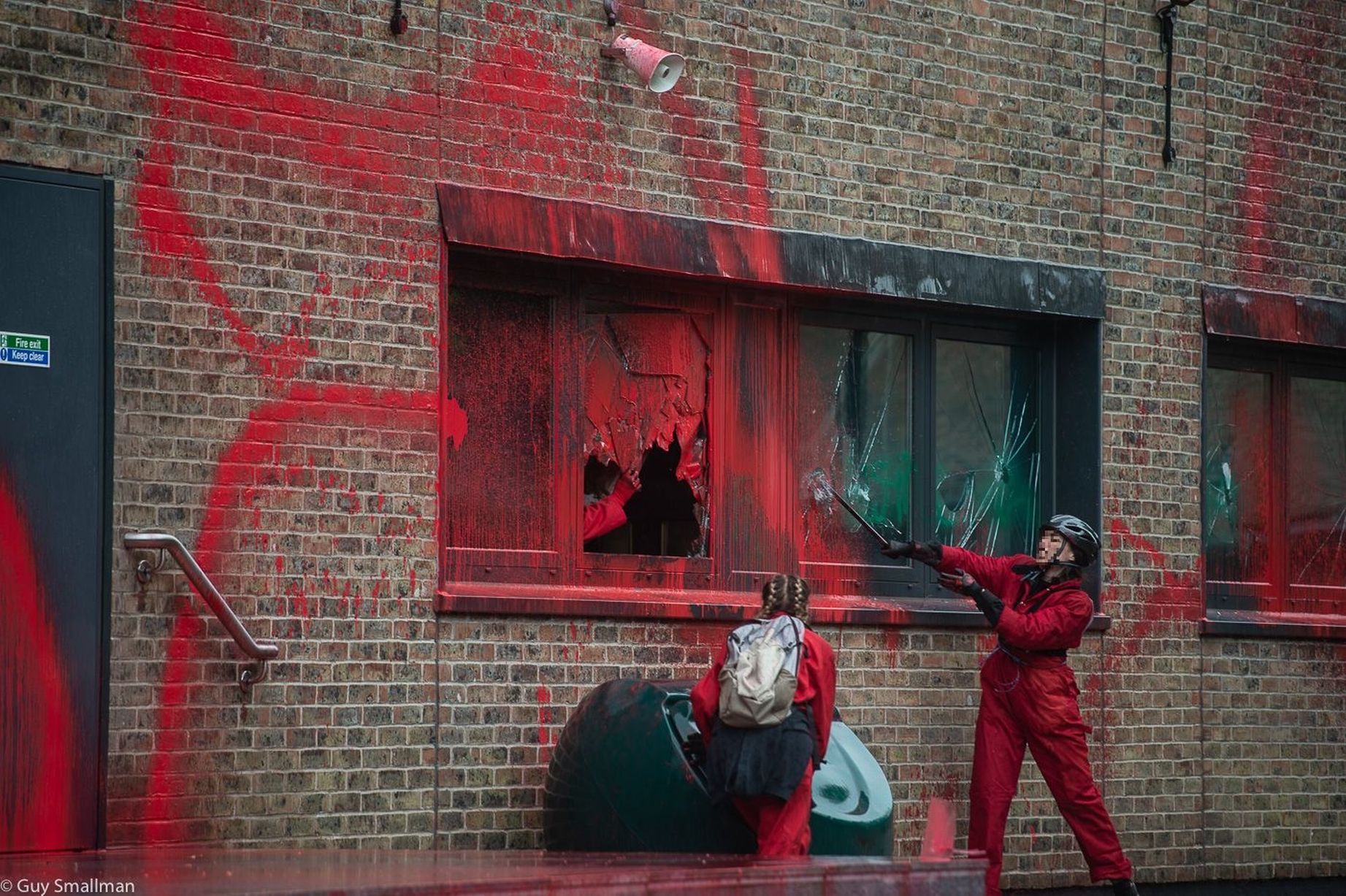 Palestine Action has released a series of images after saying they broke into the premises of Israeli arms firm Elbit in the outskirts of Bristol.

This comes after nine people were arrested yesterday after intruders "forced entry" into a building in South Gloucestershire. Police swooped on a business in Aztec West after an alarm was activated at about 4.15pm and officers remained there until 8pm as the intruders "barricaded themselves inside" and damaged the building.

Palestine Action has now said that nine of its activists were arrested after they "occupied" Elbit's Bristol headquarters. According to its website, Elbit is an Israeli-based "high technology company engaged in a wide range of programs" which include military aircraft and helicopter systems as well as electronic warfare.

The images show the building covered with red paint and several broken windows. Pictures shared on social media show damage was done inside the building too.

The statement from Palestine Action said that the activists dismantled the office including walls, floors, ceilings, electrical fittings and computer equipment. It said that "action was taken to both disable operations and expose Elbit's business of bloodshed" and that the premises was also sprayed in blood-red paint and slogans of 'Free Palestine' and 'Shut Elbit Down' were scrawled over the walls.

Activists have previously targeted Elbit in Bristol, with the building being targeted twice last year. You can read Palestine Action's statement in full here.

If you'd like to build a similar campaign north of the border or to donate to the legal costs of those arrested - the English lead the way! - email This email address is being protected from spambots. You need JavaScript enabled to view it.