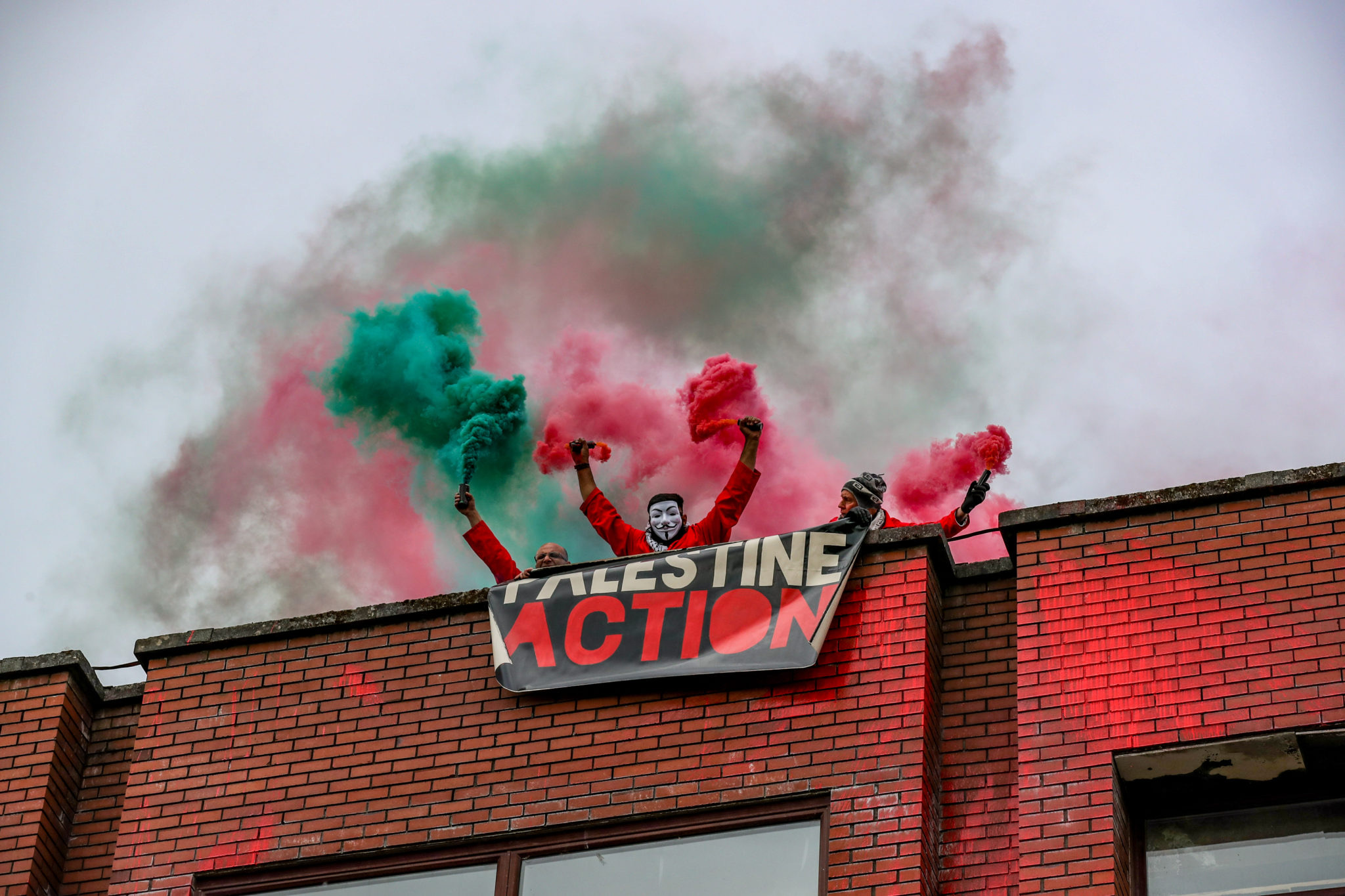 Palestine Action (PA) has achieved a great victory with news that Elbit has been forced to sell Ferranti Technologies, one of its subsidiary companies, and to close the factory in Oldham. For the last 18 months Palestine Action has pursued a campaign of direct action against Elbit, Israel’s largest private weapons company, which has involved large protests, occupations, blocking roads and factory gates, damage to property and production capabilities, graffiti and spraying buildings with red paint symbolic of the blood of Palestinians murdered by Elbit weapons. PA has been targeting Elbit and its subsidiaries at their 10 sites across the UK, including 4 arms factories which supply weapons and parts to the Israeli military. Elbit produces a number of different types of drones (Hermes, Skylark and Skystriker) and it supplies 85% of Israel’s fleet of these weapons. Elbit’s Hermes drones, manufactured with UK-made components, are known to be regularly deployed in bombardments of Gaza. Elbit also supplies a range of surveillance equipment, armaments, and specialist military technologies for the Israeli military and police. Palestine Action’s high-profile campaign aims to ‘Shut Elbit Down’ in the UK which would stop this particular flow of weapons and save Palestinian lives.

SPSC fully supports the PA’s inspiring campaign, and going forward it is clear that such direct action and civil disobedience will play an important role in providing effective solidarity with Palestinians as well as contributing hugely to the international BDS campaign against Apartheid Israel. We applaud the great courage shown by activists in pursuing this campaign where there is a high risk of arrest and prosecution, and there have been over 100 arrests so far. Although Elbit is understandably fearful of defending its deadly trade in court, with the attendant publicity this brings, a number of PA activists are due to appear in court cases scheduled over the next months. However, the first such court case has already taken place in December 2021, and resulted in a serious defeat for Elbitwith the acquittal of all 3 defendants on charges of criminal damage. They successfully presented their case that the action taken was to prevent a greater crime.In delivering the verdict theJudge stated that the Prosecution had failed to prove that convicting the defendants would be proportionate with their freedom to protest, and he further stated,‘Palestine is an important issue, the arms trade is an important issue, the defendants believed in what they were doing, and the location was specifically chosen’. Of course Elbitis the real criminal in this affair and we sincerely hope that judges and juries across the country deliver similar verdicts in the months to come.