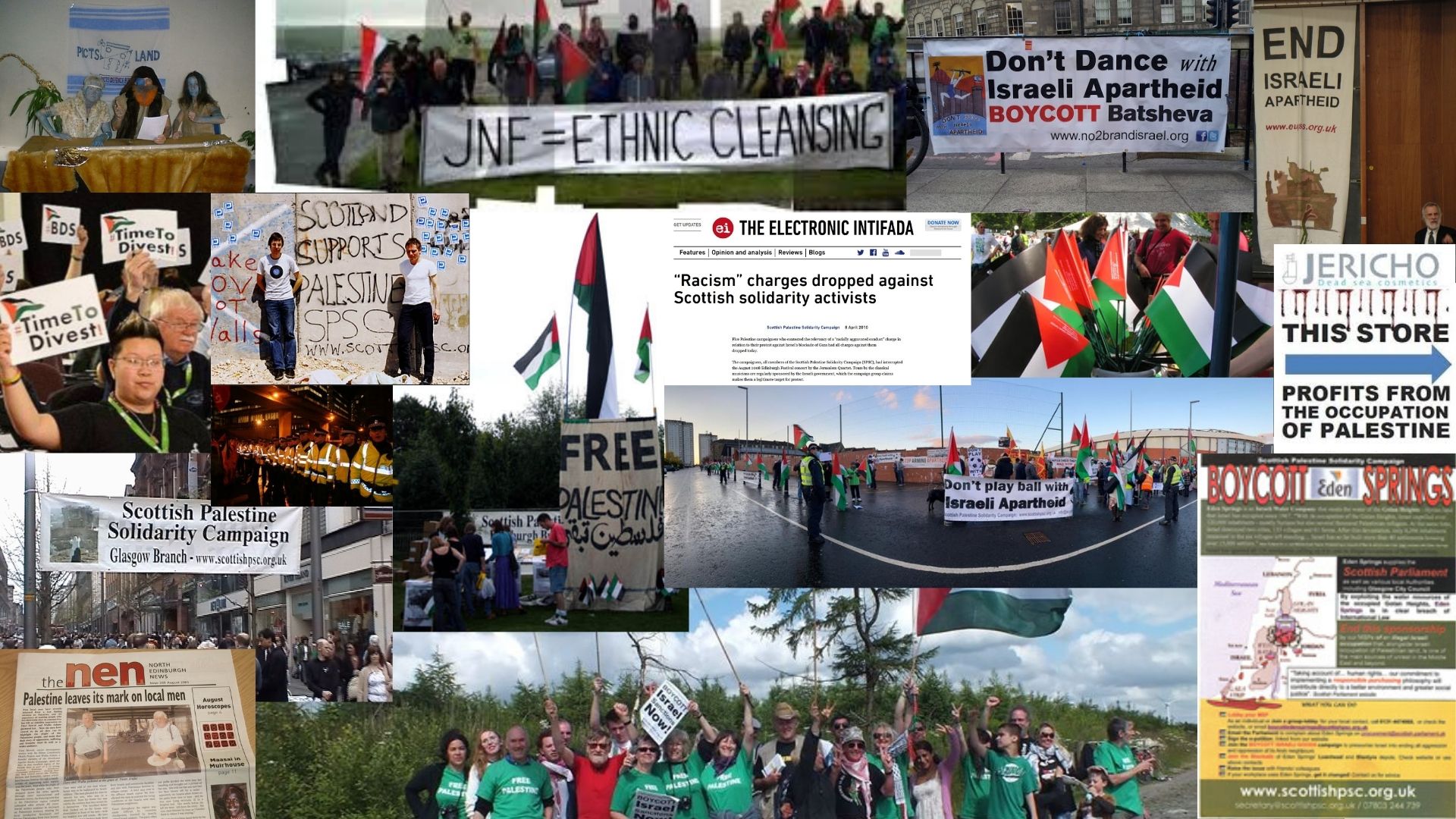 Evaluating our campaigning record since 2000 (see below) , we come up with important lessons to guide us going forward.

It's essential to have a clear understanding of the enemy. We understand that the sadism of individual and masses of Israeli soldiers and the genocidal ambitions of their leadership are not unique to the Zionist project in Palestine. They are common to settler colonial projects spanning the globe over centuries. Many who are horrified by Israeli behaviour towards Palestinians fail to understand that the horror of the Zionist colonisation of Palestine, birthed by the United Kingdom and currently guaranteed by the USA, stands in a long line of genocidal settler colonial projects in North and South America, Africa and Asia, all of which have a built-in disposition to eliminate the natives.

Two things are consistent over the last two decades – the alliance between the UK Government and the Israeli regime, and the deep unpopularity of Israel in Britain and world public opinion, a polecat status widely recognised by Israeli and Zionist leaders.  In fact the current wave of false anti-semitism accusations to close down pro-Palestine advocacy can be seen as a response to this popular hostility to the State of Israel, as well as being a counter-attack against the growing international BDS movement.

Scottish PSC is an enthusiastic unit of this International campaign; in fact SPSC acted in the spirit of the 2005 Palestinian BDS call before it was issued. We identified and campaigned against the domestic roots of complicity in Israeli crimes, for example that pillar of Israeli apartheid and ethnic cleansing, the JNF (Jewish National Fund).  The 2005 Palestinian call for boycott, divestment and sanctions broke new ground; it is a popular strategy for developing effective solidarity internationally, for contributing to the Palestinian struggle for liberation.

This is not because we think worldwide civil society can bring Israel to its knees economically, although it can exert significant economic pressure, but because such victories send a clear message to Palestinians that they are not alone, not deserted in their agony, but that huge numbers of people actively support them. It also sends a message to Israelis that there will be an increasing price to pay if their government continues to commit atrocious crimes against the Palestinian people. In such a battle for existence, morale is central and the core aim of the BDS movement is to help sustain and raise Palestinian morale. That aim is doable, realistic. In the Scottish context an Israeli diplomat complained to Haaretz that "Every appearance by an official Israeli representative in Scotland is like a visit to enemy territory".  The pro-Israel crowd are working to close down debate and discussion because they have already lost in the debate.

Since 2000, SPSC has campaigned without cease for effective solidarity with the people of Palestine. Then and now, we have been uncompromising in our support for Palestinian rights, even when (it has to be said) many who considered themselves to be pro-Palestinian shied away from a promoting a core demand of the Palestinian liberation movement for the right of return of those Palestinian refugees driven from their homes by Zionist militias.

We have reason to believe we have been effective, not just in mobilizing in support of the BDS campaign, but in achieving clear victories, seen as such by friend and foe alike.  Remarkably, the work of a modest, meagrely resourced campaign prompted a (failed) effort from the highest levels of the US government to reverse one BDS success, while the Scottish Government felt compelled to intervene to help the Israeli target of a growing boycott campaign against an Israeli corporation, Eden Springs.

We go into a third decade of campaigning, buoyed up by previous successes and aware of recent pro-Israel successes in intimidating and silencing some pro-Palestine voices in the Labour Party and SNP. The intimidation will not ultimately succeed for the supporters of every Israeli crime will break their teeth against a wall of defiance.  The leaders of all the British and Scottish mainstream political parties have a sordid record of support for Israel's crimes. To this day they deny the racist nature of the Zionist project and its creation, the Israeli state.  The BBC and the Murdoch press consistently dress up Israel’s murderous crimes in the prettiest garb possible.  But apartheid was defeated in South Africa, despite enjoying similar corporate and government support and the even more barbaric regime in Israel/Palestine can also be defeated.

By joining and supporting SPSC's third decade of campaigning we can reduce the cost of ultimate freedom for the Palestinian people.

One talented SPSC member some years ago would ask people to join SPSC with a singular appeal, not entirey tongue in cheek, “We’re rubbish, join us and make us better”. He is a proud member but his point is: we have many weaknesses we need to deal with, multiple are our failings, and we need you to contribute to improving things. On many aspects, some Palestine group somewhere is (much) better than us but we have some positives and offer here a far from an inclusive list. After all, not many campaign groups engender their own committee in Hillary Clinton’s State Department! (See below)

1. SPSC pioneered boycott in Scotland before it was mainstream 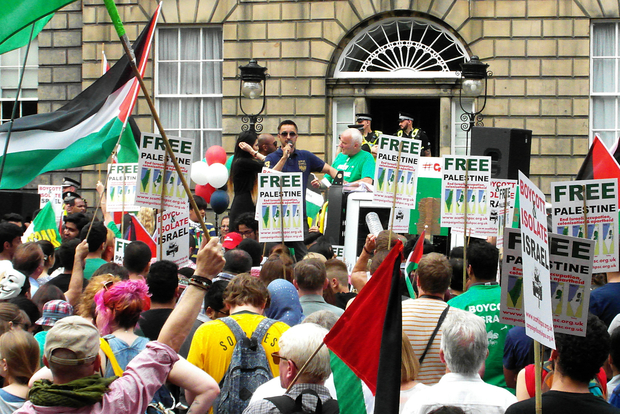 Since SPSC was founded in October 2000 at the start of the Intifada we have sought to mobilise opposition to the Scottish bases of support for Israel's crimes. Not everyone agreed with this approach. Some on the left were interested mainly or exclusively in: building street demonstrations; awareness-raising; humanitarian aid; lobbying MPs; an eclectic mix of the last four. Some didn’t want to venture outside the safe zone of boycotting only illegal settlement goods.

The launch of the Palestinian BDS Call in 2005, however, one year after the ICJ ruling criminalising the Apartheid Wall, clarified matters greatly for all those committed to effective solidarity action.

SPSC enthusiastically supported the principles and practice of the Palestinian BDS Call, debated how to optimally implement the Call in Scotland, and framed our activities around the three core demands of the Call. For an audience in a country with a brutal history of racist colonialism - Balfour was a Scot - we stress the Palestinian source of the BDS call, the most representative Palestinian voice for decades.

ophonist, Gilad Atzmon, works hard to inject hostility to Jews as a population into the Palestine solidarity movement. A supporter invited him to speak at a secretive event in a Palestine-themed café in Edinburgh in 2015. SPSC asserted its position of no truck with racists in 2007 and our commitment to opposing the Israeli occupation, as well as the Apartheid and settler-colonialism of the Zionist project in Palestine, in 2015

SPSC endorses and participates in anti-racist and anti-fascist demonstrations in Scotland.

Should Palestine solidarity supporters appear on fascist or White supremacist media? Of course not, we said, but some US activists think otherwise.

5. We have had some successes in sports boycott

han 600 protesters disrupt the Scottish-Israel international football match in Hamilton. In September. The cops banned Palestinian flags so we took in loads of balloons in Palestinian colours, inflated them and had a big Palestinian flag. So noisy were our protests that the game was broadcast in Israel with no sound and some Palestinians quickly found out what was going on. The Israeli team manager was spitting nails. The pro-Zionist report was headed ‘outside’ but it was 2 hours non-stop inside.

Glasgow 2006: It was a slight consolation when demonstrations forced an Israeli cricket team out of Glasgow in August, leading them to play in a remote location the Scottish Highlands under armed guard. Since the Israeli State so often puts Palestinians behind barbed wire, it was appropriate that the Apartheid State’s sporting ambassadors had themselves to play behind barbed wire due to popular outrage at Israel’s ongoing murderous attack on Lebanon. The Lebanese resistance gave the invading army a very bloody nose, and we registered a small supporting victory.

Edinburgh 2012: “It wasn't much fun being an Israeli footballer at Tynecastle yesterday”, said The Herald in June, against a “noisy backdrop of protests about the imprisonment of Palestinian footballers”. A two-minute video - Without guns they’re rubbish. “A seriously uncomfortable afternoon" for Israel's sporting ambassadors in Scotland.

6. We took on the racist JNF when it was not easy

The racist JNF is a fundamental pillar of the Israeli apartheid system, current Honorary Patrons - Tony Blair and Gordon Brown.  Every Scottish JNF (Jewish National Fund) public event was protested between 2001 and 2014, after which the JNF ended pre-publicity for their events.

g the 2004 protests Ruby Wax pulled out of the Israeli Independence Day events in London a month later. Zionist Federation President conceded, "Miss Wax had a bad experience at a JNF function and after that she was thinking of pulling out."

In 2006, hundreds protested the JNF fundraiser at Glasgow Hilton with guest speaker Colin Powell. Sadly, despite emails to UK Palestine groups and individuals and months of lead-in time to organise, the JNF event in London with war criminal Powell was virtually ignored, only Friends of Al Aqsa mobilising about 30-40 protestors. Significant UK-wide protests against the JNF developed later.

Following discussions in Geneva in May 2009, Habitat International Coalition (HIC), IJAN (the International Jewish Anti-Zionist Network and SPSC issued a public call to set up the Stop the JNF. These three were joined by the Palestinian BNC, BADIL (Palestinian Refugee Rights Centre) for a two-day conference one year later in St Georges West, Edinburgh to launch Stop the JNF. The STUC, Green Party and scores of MPs then endorsed the new organisation.

In 2011 an unprecedented final tally of 68 Westminster MPs shocked the JNF by signing Jeremy Corbyn's and Gerald Kaufman’s EDM 1677 welcoming the joint work of “Palestinian Boycott National Committee, the International Jewish Anti-Zionist Network, Scottish Palestine Solidarity Campaign” in launching Stop the JNF Campaign, David Cameron resigned as a Patron of the increasingly toxic JNF, and Nick Clegg and Ed Miliband also broke with tradition by not signing up as JNF patrons after becoming mainstream party leaders.

7. We have been scoring cultural boycott victories for a decade

9. We have defended our right to fight for BDS…

10. …and seen off highpowered legal threats

12. Partners and friends around the world speak positively

13. Our enemies have been truly inspirational! 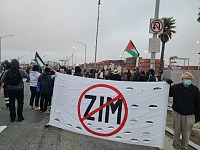 In 2014, Israel attacked Gaza with overwhelming force and slaughtered over 2,200… 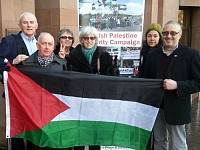 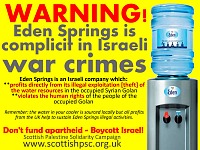