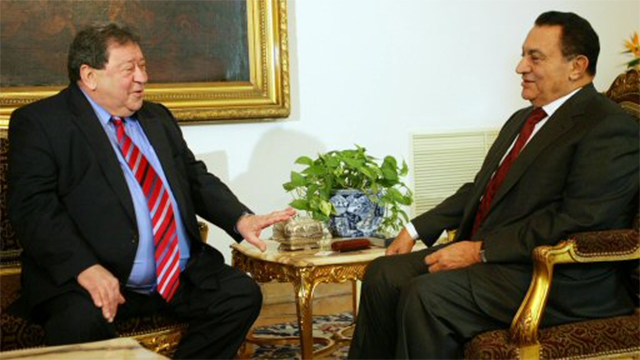 ISRAEL KILLS 3-400 EGYPTIAN POW's
This day in 1967 was the last day of Israel’s surprise attack on Egypt. Israeli military historian Aryeh Yitzhaki revealed in 1995 that he knew of 3-400 Egyptian prisoners of war who were killed during those six days in 1967 by one elite army unit led by Binyamin Ben-Eliezer, later a Government Minister. Egypt’s ambassador to Israel, Mohammed Bassiouni said ties between the two countries would not be affected by the affair: “The relations are too long and too deep to be hurt by this issue.”

Military historian Aryeh Yitzhaki told The Associated Press on Wednesday that Israeli troops carried out several mass killings in 1967 in which some 1,000 Egyptian prisoners were killed in the Sinai. Yitzhaki, who worked in the army’s history department after the war, said he and other officers collected testimony from dozens of soldiers who admitted killing POWs.

War veteran and author, Michael Bar-Zohar, said he witnessed how three Egyptian POWs were stabbed to death in the Sinai in 1967 but kept quiet about the killings because he feared Arab troops would retaliate...Bar-Zohar later told Israel TV such killings occurred ``in all of Israel’s wars″ and that the incidents "were treated forgivingly" by leaders.

Prime Minister Yitzhak Rabin rejected calls to investigate long-suppressed allegations of Israeli war crimes against Egyptian prisoners of war, saying both sides were guilty of “aberrations.” “I am not saying there were no aberrations,” Rabin told the Cabinet in his first substantive remarks on the alleged atrocities.

“There were aberrations on both sides. There is no purpose in raising events of the past, not on our side and not on theirs. Raising the issue embarrasses the Arab side as well,” he said.

Rabin issued a statement last week saying that the Israel Defense Forces are “a humane army whose soldiers are blessed with special moral values.” Cabinet Secretary Shmuel Hollander said Rabin stressed that “these events were real exceptions.” Israel was reeling from two weeks of revelations that its soldiers killed prisoners and civilians in at least three Mideast wars.

In 2001, a group of Egyptian POWs families and ex-POWs represented by lawyer and 1973 war veteran Wahid El-Oksori filed a lawsuit in front of the Egyptian administrative court demanding the Egyptian government to investigate the allegations against the Israeli Defense Forces “IDF”. In March 2008, the administrative court issued its court ruling obliging the Egyptian foreign ministry to investigate the allegations.
http://egyptianpows.net/2017/01/24/egypts-supreme-administrative-court-the-egyptian-government-should-demand-1956-and-1967-pows-rights/ (Accessed 22/52020)
See also Eric Silver in The Independent, 'Israelis admit war crimes'
"According to Meir Pa'il, a military historian and retired colonel, Moshe Dayan, who was chief of staff in 1956 and defence minister in 1967, reprimanded Mr Eitan for the killings during a meeting with battalion commanders.

Michael Bar-Zohar, an author and former Labour MP who handled Dayan's public relations after the 1967 war, said: "In every one of our wars, Israeli soldiers have killed PoWs. The high command did not want it, but it was tolerated up to a point. I know of only one case - in the 1982 Lebanon War - where an officer was court-martialled for killing a prisoner."
The practice continues. According to Amnesty International:
"Israeli forces have carried out a series of unlawful killings of Palestinians using intentional lethal force without justification, said Amnesty International today, based on the findings of an ongoing research trip to the West Bank, including East Jerusalem.
"The organization has documented in depth at least four incidents in which Palestinians were deliberately shot dead by Israeli forces when they posed no imminent threat to life, in what appear to have been extrajudicial executions."
27 October 2015