Tomorrow at 10am in the Royal Society of Edinburgh building at 22-26 George Street, Glasgow lawyer Matthew Berlow will continue the work of the pro-Israel crowd, including his group, Glasgow Friends of Israel, to smear those who defend Palestinian rights and oppose the crimes of the State of Israel.

Last October, the Herald on Sunday carried an article entitled Diversity training for Jewish lawyer who called pro-Palestinian campaigners 'scummy racists'. The Law Society of Scotland fined Berlow and ordered him to undergo “diversity training” following his verbal abuse of a Karolin Hijazi, a Palestinian doctor in Aberdeen who is active in defence of Palestinian freedom. 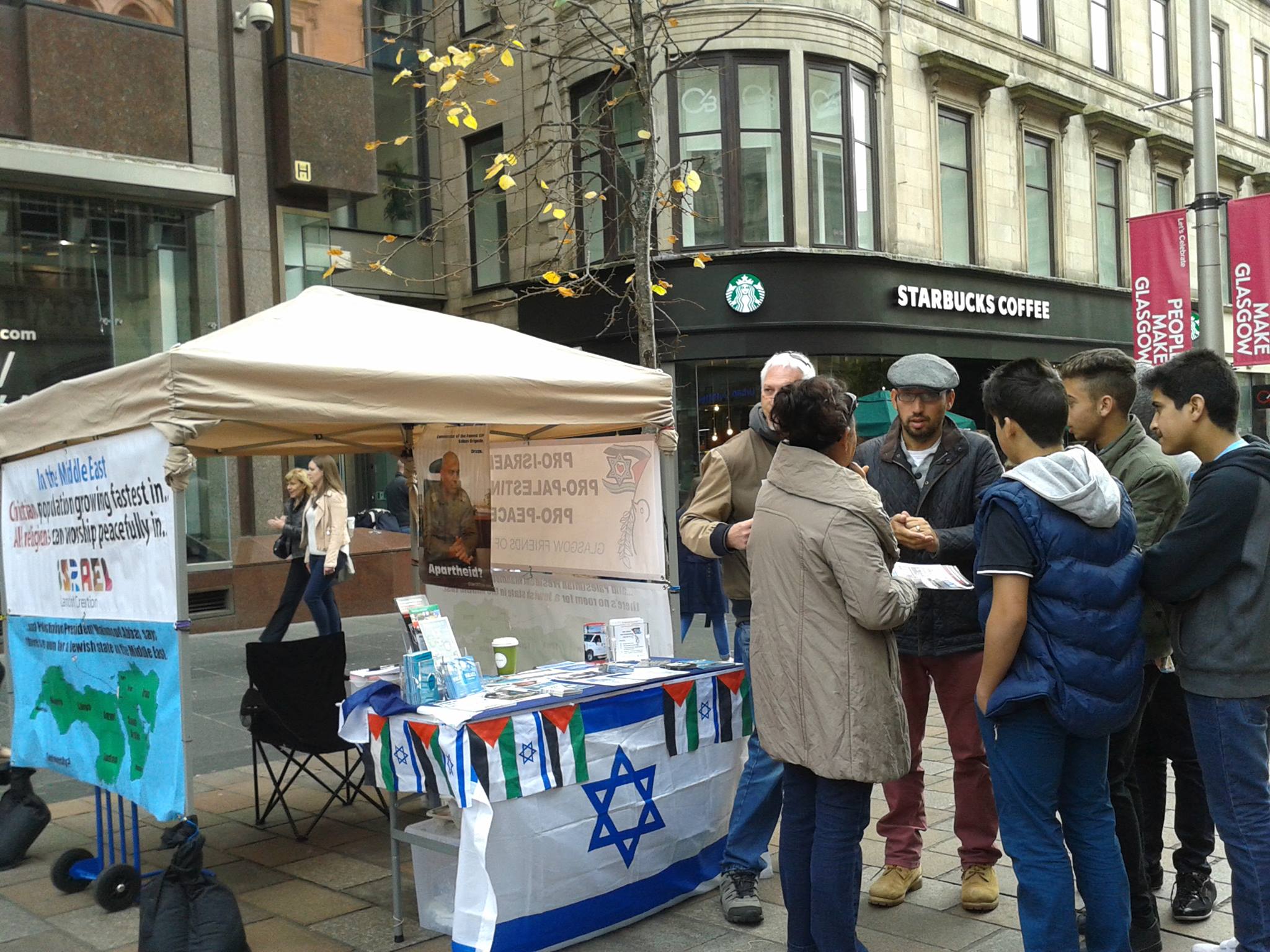 nguage common with the Israel-can-do-no-wrong crowd, Berlow called the Palestinian a "scummy racist" for her opposition to Israeli and other companies that pillage Palestinian property and contribute to the militarised economy of the Apartheid State. Seeming comfortable with language coined by the extreme right in the US to label opponents, Berlow described the Palestinian doctor during one diatribe as an over-sensitive "snowflake" for taking offence at being called a "scummy racist". He seemed to suggest we should accept the smears.

The Law Society of Scotland investigated and ruled that Berlow's attacks were "derogatory" towards Dr. Hijazi and that even his written defence to the Law Society was "derogatory and aggressive". They ordered him to undergo diversity training and to pay his victim £100, plus a £1,750 fine. Berlow balked at the diversity training but agreed to pay the fine, although he later rowed back from this and will now appeal against each ruling in Edinburgh tomorrow.

The case may well have been discussed inside the Israeli Embassy in London - Berlow has been provided with a London barrister on a pro-bono basis.

Berlow's defence is that his comments were directed at the Scottish Palestine Solidarity Campaign, and were justified because, he claims, as a member of Glasgow Friends of Israel must, that SPSC is a nest of anti-semites and Holocaust deniers. The main support for his defence will be the so-called Collier "report", a tendentious scribble by a money-seeking charlatan that no student on a first year statistics or journalism course would dare to present as coursework.

Berlow is working the usual pro-Israel routine of diverting attention away from (his) aupport for war crimes and crimes against humanity by claiming, in his case falsely, that his critics are racist and worse.

You have to pause, though, at the chutzpah - Berlow and the rest of the depraved Glasgow Friends of Israel accuse us of being "Holocaust deniers" even though the pro-Israel gang insulted and demeaned the Auschwitz survivor and other Holocaust survivors who spoke in cities across Scotland in support of the Palestinian people.

Matthew Berlow openly supports Israeli massacres of Palestinians although, bizarrely, he foolishly threatened legal action when I criticised his support for the massacre of thousands by the State that he and his group worship. He is silent when his group defends the snipers who are executing children, disabled and others on the Gaza perimeter, strongly suggesting his agreement.

Working to smear opponents is what the pro-Israel crowd do, and not only in the case of principled anti-racist Karolin Hijazi.

Berlow worked with other pro-Israel lobbyists in Scotland to have myself and Jim Watson convicted in Glasgow Sheriff Court of racism, an effort quickly thrown out of court when the Sheriff heard the derisory, scarcely credible, basis of the charges. What might be useful for the Law Society of Scotland to know is that Berlow appeared as a prosecution witness alleging two wholly innocent people were racists even though he knew this allegation to be false.

During personal email communications, Matthew Berlow did not challenge my point that his comrades at Glasgow Friends of Israel were spreading falsehoods about the trial verdict and he offered to "post the truth about the verdict AND I will make it clear that you are not anti Semitic and cannot be responsible for those that may attach themselves to your cause but that you try and root it out to the best of your ability".

In addition, five days after he had appeared as a prosecution witness in our alleged racism trial, Berlow wrote to me (01/08/17), conceding the obvious, "There is no doubt that you are not anti Semitic as you eloquently refute that at every opportunity..."

Matthew Berlow is , however, now promoting the "Collier Report" to justify his sense of entitlement that he can smear and villify supporters of Palestinian freedom, even though he knows this odious calumny has been tested now several times in Scottish courts and firmly rejected, despite the best efforts of himself and his hyper-racist group, some of whom openly discussed the benefits of the massacre of Muslims in Christchurch.

The Collier "Report" ignores the undeniable fact that SPSC has uncompromisingly supported the Palestinian freeedom struggle while attacking marginal elements outside our ranks who either consciously (Israel Shamir, Gilad Atzmon) work to pollute Palestine solidarity milieux with anti-semitic politics, or naively accept Zionist claims that Israel represents the world's Jews.

Collier claims that anyone who turns up to an open SPSC event, either on a public street or indoors, and whose private Facebook postings contain anti-semitic material, is an SPSC "core member", Collier's puts into this category individuals unknown to any member, some people we avoid, and some who are extremely hostile. All this is amatter of complete indifference to Collier, whose materials got a puff from Alex Massie of Murdoch's Scottish Sunday Times.

Our "reporter" throws into the scales of "anti-semitism" materials that are no such thing, such as allegations of Israel-ISIS collaboration and other claims which, however debatable or short on evidence, are not remotely antisemitic. Unless criticism of a state's actions is to be deemed racist.

Relying on Collier's "Report" is a sign of desperation. But we shall see what transpires at 22-26 George Street, tomorrow morning.