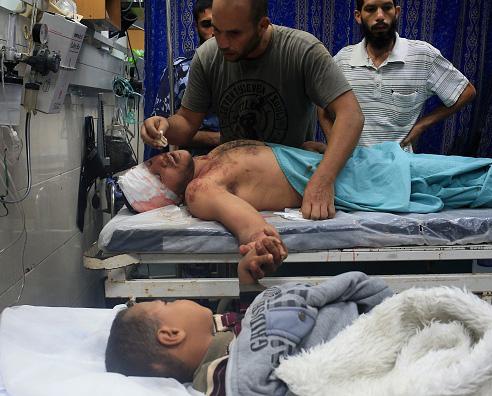 A decision by Britain to refuse a group of Palestinian medical experts from Gaza permission to participate in an international conference at Kingston University on trauma in war zones has been condemned by campaigners.

Three doctors and a nurse who work for the Ministry of Health in Gaza, and were due to give presentations at the conference taking place this weekend, have had their visa requests refused by British authorities.

In addition to the four mental health specialists refused entry, Dr Nahida Al-Arja, a psychologist from Bethlehem University, has had her visa application rejected.

A letter by the UK Palestine Mental Health Network, co-organisers of the conference, published in the Independent, says: “It is beyond our comprehension how such an interference with intellectual and clinical discussion on such an important topic could be justified. This is a measure that further isolates clinicians from Gaza, already struggling under the impact of military assaults and siege,”

...And Dr Mohamed Altawil, director, Palestine Trauma Centre (PTC), and one of the conference’s co-organisers, said: “This refusal is completely unjustified and a direct abuse of basic human rights. Neither will it help peace and conflict resolution in the area.”

He added: “The people from Gaza were being sponsored by the World Health Organization to come to the UK. The British consulate in Amman refused them because they thought if they arrived in London, they might not go back to Gaza. Another reason, they said that they do not have sufficient finances. They mentioned in the refusal that they do not have right to appeal.”

...David Harrold, chair of the PTC’s board of trustees, commented: “This is an international conference that has speakers from the UK, the US, Italy, Finland - and from Israel. The British authorities, by making this decision to exclude Palestinian psychologists from attending, are showing a prejudice and discrimination that the conference organisers have clearly avoided. They should reverse this shameful refusal of visas immediately.”

This move is disgusting! Commit to building effective solidarity with the victims of Israel and the UK Government - the tortured people of Palestine.
Join and/or donate to SPSC:
http://www.scottishpsc.org.uk/get-involved/join
(Pls share)