Why the Israeli brand is toxic

The Israeli Brand by Craig Smith in Adbusters
13 October 2009

In March 2009 New York-based GfK Custom Research and British “place branding” consultant Simon Anholt released the global Nation Brands Index (NBI). It rates countries based on international perception of various categories, including tourism, investment, and immigration and governance. Germany ranked 1st overall, the UK 3rd, Canada 4th, the US 7th and China 28th. Iran placed 50th and Israel failed to make the top 50. While it’s tempting to dismiss nation branding as an example of the PR industry’s cynical commodification of the world, its assumptions can shed some light on Israel’s self-inflicted inability to re-brand. 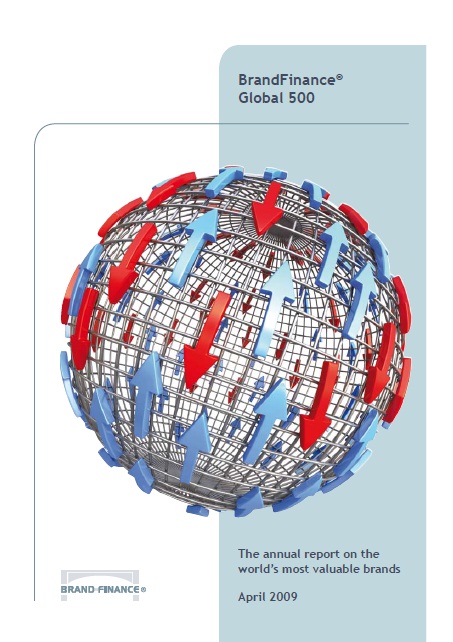 Nation branding reveals the inherent contrivance of the concept of “nation” – a European invention born of a disastrous period of 15th-century religious warfare, leading to a centralization of violent power in the hands of a sovereign. Nationalism is a product of 18th- and 19th-century Romanticism, and every bit a human artifice. It helped radically reconfigure Western political identity toward our seemingly immutable system of nation-states. Israel came late to the game and has, from its beginnings, undertaken a conscious and very public project of constructing a national identity of godly strength. The pre-state Zionists dreamed of constructing the masculine “new Hebrew” of Palestine in contrast to the anemic “Galut Jew” of the diaspora – all at the price of creating the Palestinian refugee diaspora. Israel’s brand has suffered since.

Nation branding is also premised on the fact that no single actor can simply dictate political perception. People have to agree on, or be convinced of, political facts in order for them to become reality. Conscription and astronomical military spending project Israel’s tough guy identity to the world, leading to a dominant perception of violence and aggression. Go figure.

As Anholt admits, “Places can’t construct or manipulate their images with advertising or PR, slogans or logos … Places can only change their image by changing the way they behave.” Nation branding is doomed to failure unless action substantiates pomp.

In August 2008 the Israeli consulate in Toronto launched a one-year test market for a re-branding campaign. Roundly derided by human rights and peace groups, the campaign idealized Israel as a hub of high-tech research and development, cultural history and glitzy beach life. When asked directly about the goals of the campaign, Consul General Amir Gissin stated, “Israel’s branding process is first and foremost an internal process aimed at answering the question: Who are we as Israelis when we are at our best? The [Toronto] pilot was therefore not a PR campaign but rather an attempt to test the public opinion response to Israeli answers to this question.” While Mr. Gissin dodged questions about the impetus for the campaign, his public remarks are infinitely more candid. In September 2008 he told a group of supporters: “It’s not that our audience is ignorant. They feel they know too much … The Western media narrative is the poor Palestinians, Israeli tanks and Israeli guns. We’ve been portrayed that way for years.” He continued, “I offer you a framework for winning the public relations war.”

When Israel, with its influence on the North American media, complains of an overemphasis on its negative aspects, it proves the difficulty of reconstituting a national brand without real action. While portraying Israel as a single-issue country would betray a lack of knowledge, the fact is that in 2008 Israel spent $2,300 per person on its military – the highest in the world. When asked about this, Mr. Gissin rebutted, “[The] question reflects a school of thought that assumes that Israel is not allowed to be viewed outside the framework of the conflict. It is absurd. The conflict is a major part of Israel’s brand, and we are not hiding it. We believe, however, that Israel is more than the conflict, and we will continue to share information about that.” Perhaps.

Other than destroying southern Lebanon in the 1980s, clashing with Hezbollah and bombing Syria, Israel hasn’t fought anything close to a state army since 1973. So the world’s highest per capita military budget is arrayed toward the world’s longest-running occupation of an often indigent and defenseless population. The December 2008/January 2009 assault on the civilian infrastructure of Gaza was perhaps the clearest possible message Israel could have sent to the world.

It was easy enough to sell the assault to a society instilled with the belief that intergenerational war and occupation are normal. A Tel Aviv University poll showed almost 90% support for the slaughter, so Mr. Gissin’s worries about Israeli self-esteem seem misplaced. External perception, of course, has fared much worse. Spurred by international outrage, the United Nations has launched an investigation into war crimes and illegal use of weapons: the independent press and human rights groups (both Israeli and international) have brought serious allegations against Israel; soldiers who took part in the war are speaking out; and even the American State Department is beginning to understand the occupation as a detriment to Israel’s, and consequently its own, national brand. Bikini models and one of the world’s most accomplished high-tech sectors can’t grab the spotlight long enough to distract the world’s attention from the brutality of the occupation.

This hasn’t stopped the MFA from trying. In terms of Anholt’s branding criteria, human rights abuses cannot be taken completely out of the realm of international perception, but they might be superseded by generically sexier issues. Israel’s latest stunt to woo the Canadian audience – a Jewish hockey tournament in northern Israel – was dutifully covered in the mainstream press. That same week Amnesty International released Operation Cast Lead: 22 Days of Death and Destruction, a detailed and gruesome report of the various war crimes and crimes against humanity perpetrated by the Israeli state against Gaza’s civilian population. It received virtually no mainstream media attention, but grassroots media, civil society and academia have refused to let the issue go.

The offensive on Gaza will continue to affect Israel’s brand. As the American political scientist and coauthor of The Israel Lobby Stephen Walt wrote after Gaza: “The way a country regains the world’s admiration in the aftermath of misconduct is to stop doing it, admit it was wrong, express regret and make it clear that it won’t happen again. Restoring Israel’s image in the West isn’t a matter of spin or PR or ‘re-branding’; it’s a matter of abandoning the policies that have cost it the sympathy it once enjoyed. It’s really just about that simple.” The dissonance between Israel’s re-branding campaign and its consistently negative image shows that contemporary reality matters. Mr. Gissin isn’t convinced. When pressed on Anholt and Walt’s emphasis on concrete action, he referred to Israel’s negative brand not as a reflection of reality but as the result of propaganda: “Israel is not a regular brand in the sense that there is an active and powerful worldwide campaign aimed at hurting Israel’s image. Few countries or places need to cope with such an environment, and taking [these] statements at face value in regard to Israel is missing the bigger picture.” Given Israel’s place behind Iran on the NBI, it would seem that the bigger picture of the world’s largest, most enduring refugee population and a destructive 42-year occupation is exactly what shapes the Israeli brand.

Our political opinion may now be the target of the same sophisticated marketing techniques that produced corn-fueled obesity and SUVs, but the difference is that nation-states are irreducible past their human components: our perception matters. Sixty-plus years of co-opting social and behavioral psychology to ram products down our collective throat have yet to overwhelm our political or moral compasses. We are still able to judge nation-states by their deeds rather than by their spin.

Craig Smith is a student in Toronto, Canada. He is celebrating a decade of TV-free living.