Some at Glasgow Friends of Israel welcome NZ mosque massacre

Write a comment
The Christchurch massacre of scores of Muslims joins the Pittsburgh Synagogue massacre as the work of White supremacists pumped up by Trump's Islamophobia and xenophobia. Here in Britain Boris Johnson and others know how to dog whistle their Islamophobia to their political base (He's the bookies' favourite to succeed May as Prime Minister.)
BBC reports that the killer was inspired by Anders Breivik, who wrote a bizarre manifesto before his killing spree of a Norwegian socialist group (committed to BDS), that noted his admiration for Israel.
After the Pittsburgh racist massacre - doubly racist since those Jews were targetted for their welcoming programme for refugees - Israel sent a racist Arab killer, Education Minister Naftali Bennet, to the commemoration for the victims of a racist Jew killer. He used the opportunity to blame the Palestinians, but then his chief had tried to blame them for the Nazi Holocaust.
Glasgow Friends of Israel Fb is currently having a 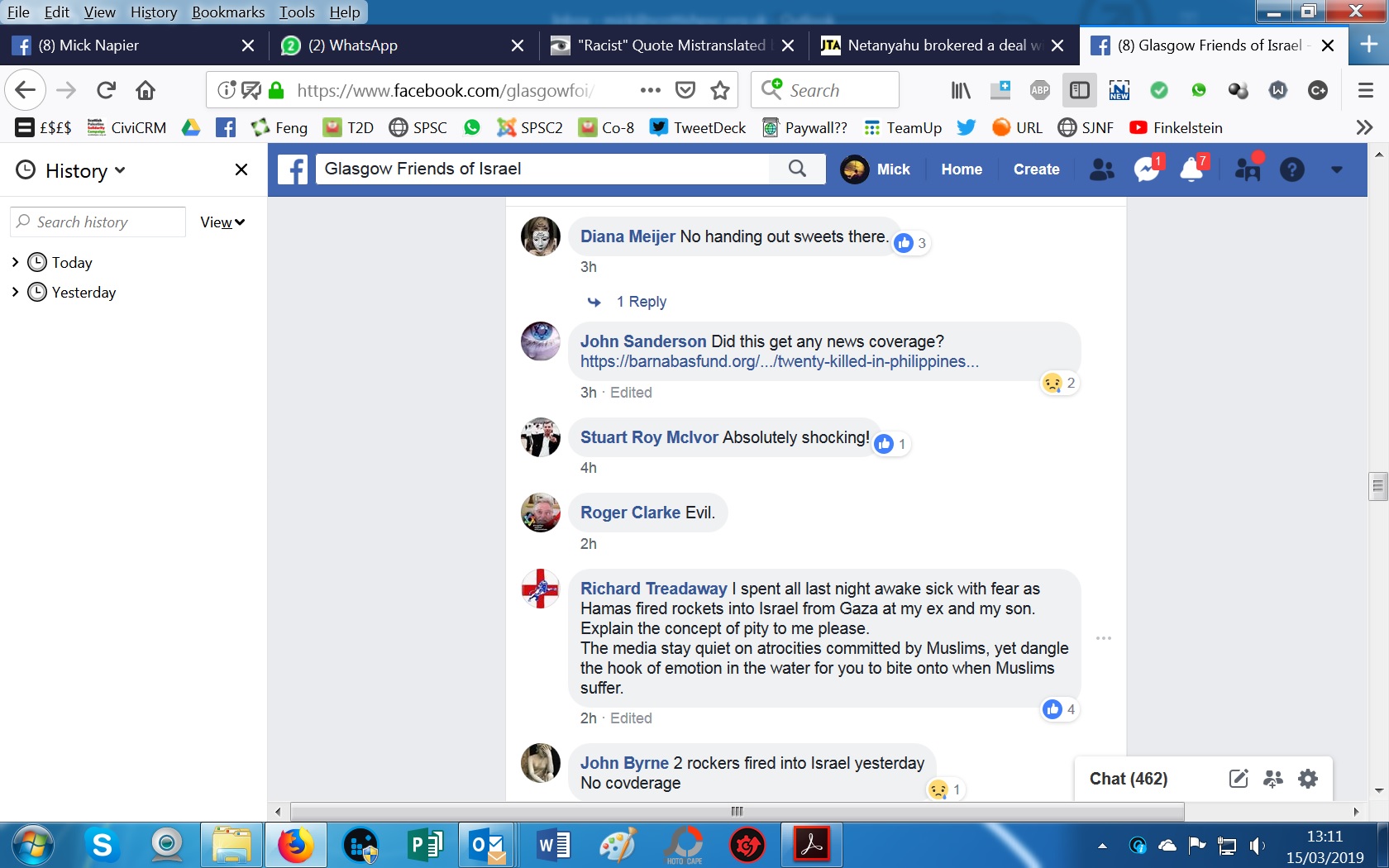 hatefest towards the victims of the mosque massacre (see screenshots)
It is absurd to unite with militantly racist states and organisations to combat racism; Israel is a world dark beacon for Islamophobes, a state that needs to spread hostility to Muslims to push forward its programme of ethnic cleansing of Palestinian Muslims and Christians, Jewish supremacy and White supremacy. In which other country could the Minister for the Interior complain publicly that Muslims "do not even believe that this country belongs to us, to the white man.”
PM Netanyahu has just forged an electoral alliance with the neo-Nazi Jewish Power party who advocate driving out all Palestinians. Party senior leader Baruch Marzel holds a party every year at the grave of Baruch Goldstein, who in 1994 massacred 2 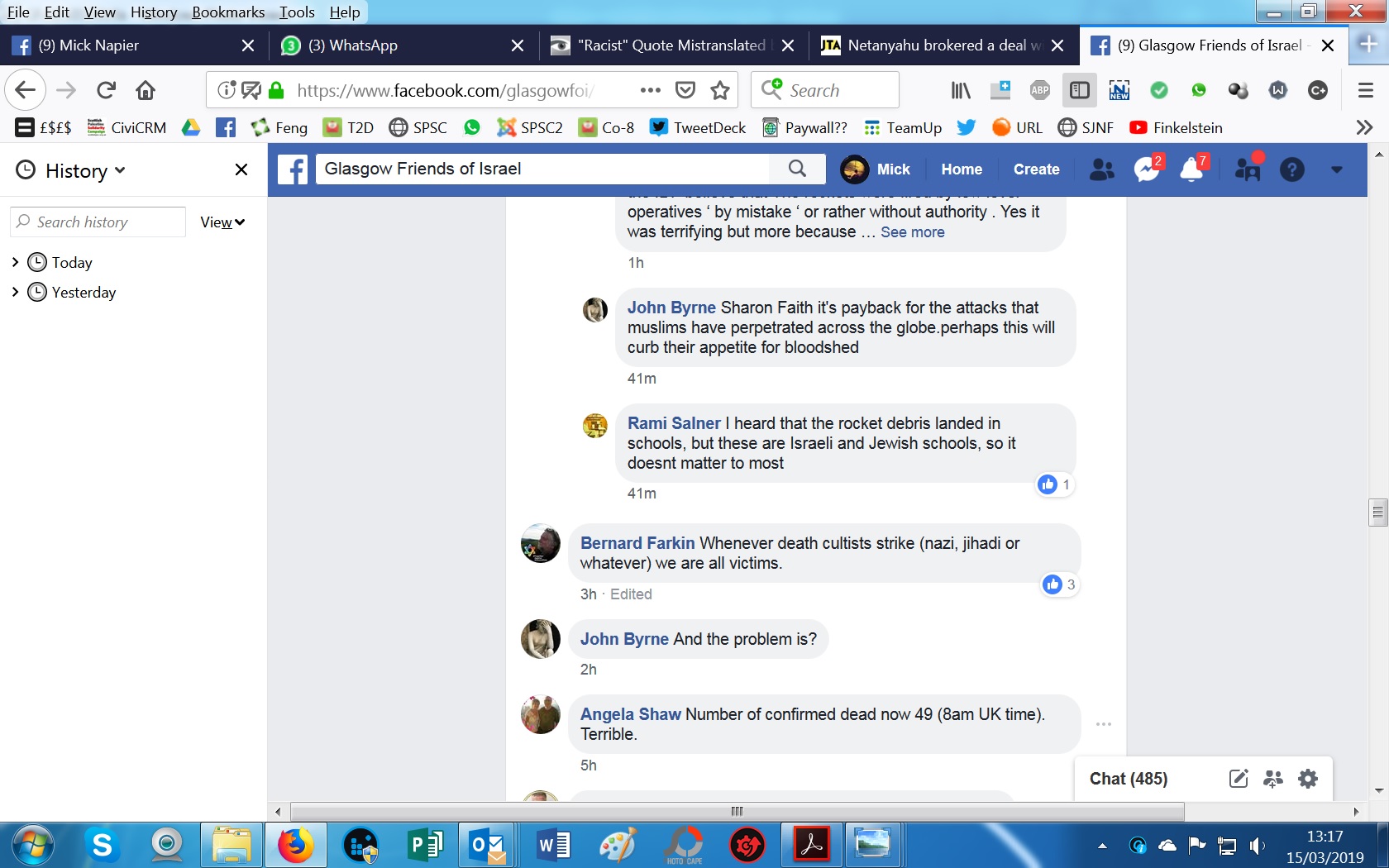 9 Palestinians.
All those who promote racism - including islamophobia and hatred towards Jews - have to be called out for their creation of the hatred that prompts some to murder. That will include Theresa May, Boris Johnson, Netanyahu and the Glasgow Friends of Israel.
Read also:
Scottish pro-Israel group distances itself from former convener over racist Facebook page
Racist filth Friends of Israel are Importing into SUTR
Israel, Palestine and Fighting Racism at Home
Pro-Israel groups and their neo-Nazi allies in the UK
Mick Napier
15 March 2019
This email address is being protected from spambots. You need JavaScript enabled to view it.