Solidarity should be repaid to those who provide it without any thought for themselves. Standing up for justice here in the UK involves no significant risk or cost - but it is a different matter for Palestinians. And for their supporters living under harsh dictatorships; that takes real courage.

Egyptian journalist AbdulRahman Ezz is in court on Thursday facing a charge of 'breach of the peace' after being assaulted by political police officers in Edinburgh Airport last December 13th. Why should you support AbdulRahman?

After an Israeli sniper finally killed 12-year old Mohammed Al Durrah on September 30th, 2000 the then-13-year old AbdulRahman led his Cairo school out on strike in protest at the killing and in solidarity with Palestinian children under occupation and apartheid. It is only fitting that Palestinians and their supporters in turn show solidarity with AbdulRahman.

Disgustingly, Netanyahu and the Israeli Government initially claimed that Palestinians killed Mohammed Al Durrah and now claim the death was faked and the child's grave is empty. Murder of children by the Israeli Army is, of course, routine and also of long standing. 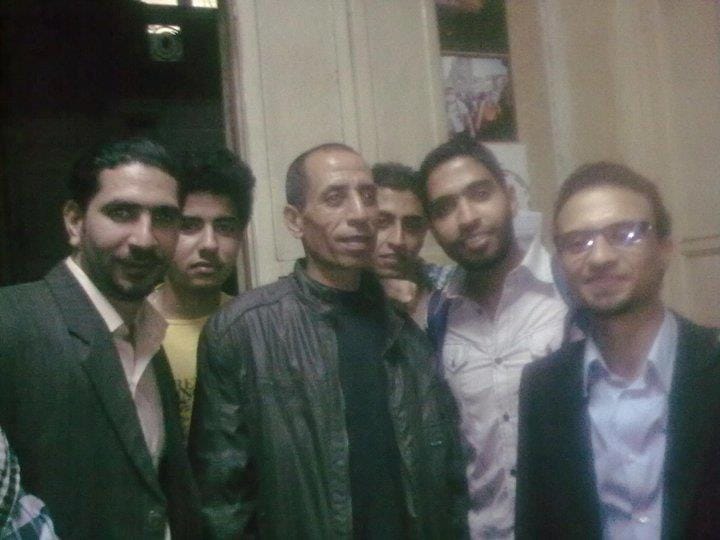 AbdulRahaman Ezz epitomises mass popular support among the Arab peoples for Palestinian freedom. The junta in Cairo has sentenced him to 55 years in prison for his political activities, an inspiring example of which you can see here. German police detained AbdulRahman on an Interpol warrant from Egypt and released him after ascertaining he was being accused of no more than political activism. He has learned that the Egyptian Ambassador in Germany pushed very hard for him to be arrested and returned to Egypt where, like many of his friends and thousands of others, he would face torture and probably death.

An example of the bestial behaviour of the Egyptian security apparatus can be seen their grisly torturing to death of Cambridge student Giulio Regeni in 2016, a crime the UK Government seems to be downplaying. The UK has a lucrative arms trade with the Egyptian military. A conviction for breach of the peace is usually a trivial matter but it is very serious for someone enjoying refugee status here who needs to have asylum; a conviction might jeopardise his status in the UK.

Support someone who has supported Palestine since he was a schoolkid and is being hounded by Egypt, Israel's partner in the siege of Gaza. Sit silently in the court next Thursday (Jan 17th 2019) while AbdulRahman's case is taken. It is not the main hearing so it will be very brief and friends and observers can wait outside until he is called anytime after 10am.

After the court appearance, AbdulRahman will say a few words to supporters outside the Court on Chambers Street..

Mick Napier
11 January 2019
This email address is being protected from spambots. You need JavaScript enabled to view it.