Why SPSC declined invitation to debate

The four short emails below are self-explanatory. 1-4 from bottom to top:
1. Letter of invitation from St Andrews Debating Society
2. SPSC seeks clarification
3. Clarification - Israeli diplomat will be invited
4. SPSC response, declining invitation, explaining rationale, and calling for diplomats of Apartheid State to be boycotted

Thank you for the invitation to participate in a forthcoming debate at St Andrews Student Union, which we must decline due to the inclusion of a representative of the State of Israel.

The motion to be debated seems somewhat eccentric given the worldwide condemnation of Israeli war crimes and crimes against humanity by human rights bodies. A better motion might be Israel should be taken to the ICC (International Criminal Court); it would be more in tune with British public sentiment.

We debate on public fora with individuals who defend the practices of the Israeli State but we respect the Palestinian call for a boycott of all institutions connected to that State. This call is supported by virtually the entirety of Palestinian civil society, including the professional bodies of both Palestinian Teachers and University Pro 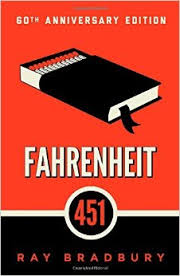 SPSC members debated two employees of the Israeli Embassy in St Andrews some years ago but we have since been persuaded by Palestinian voices to discontinue this exception to our practice of shunning Israeli diplomats, a policy afford by many organisations around the world.

Palestinian students and university faculty suffer Israeli bombing and shelling (which continued yesterday) , the destruction of their university buildings, night raids, blockades, campus invasions by armed soldiers, mass imprisonment and systemic torture. We honour their sacrifices for freedom and call on you to disinvite a representative of a racist State that denies basic freedoms to millions of Palestinians, including university students and staff.

Israeli diplomats should be boycotted, not treated as representatives of a normal state

On a personal note, I met a student at Bir Zeit University some years ago who had been jailed for the simple act of possessing a university text book (during a period when the Israeli military had closed the university – education was banned). What Malcolm Bradbury created imaginatively in Fahrenheit 451, Israel made a fact on the ground of Palestine.

You are, of course, perfectly free to ignore the calls for support from Palestinians resisting a regime that openly works to dispossess and replace them with Jews.

Some St Andrews students actively joined an earlier struggle for freedom and worked to boycott and isolate the South African apartheid regime, while others on that campus ignominiously supported that foul regime.

Thank you very much for getting back to me so quickly. Among others, we will be hosting a representative of the Israeli embassy on side proposition. I look forward to hearing back from you soon.
Best,
Xxxxxxxxx

2. On 5 February 2017 at 15:25, Scottish PSC wrote:
Hi Xxxxxxxxxx
Thank you for your email and invitation, I will get back to you shortly with a full reply.  In the meantime, could you let me know who will be speaking in favour of the motion?
Many thanks