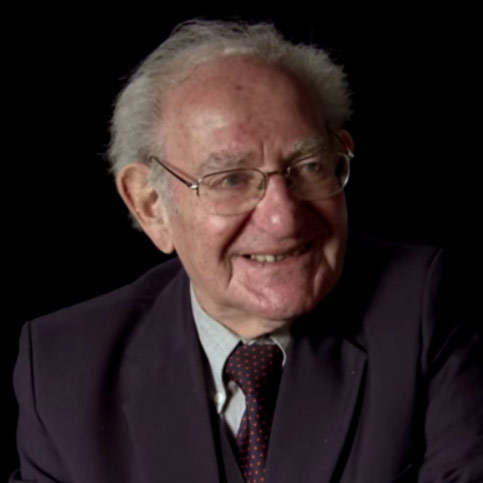 On 21st January 2010, Auschwitz survivor Hajo Meyer began a successful speaking tour of Scotland on the theme of “Never Again – for Anyone”. Meyer movingly compared Israel’s barbarous treatment of the Palestinians to the dehumanisation he personally suffered as a Jew in pre-war Germany. A week later, Meyer spoke at the House of Commons on “The Misuse of the Holocaust for Political Purposes”. Following attacks from pro-Israel elements, Jeremy Corbyn apologised for hosting this meeting with Hajo Meyer.

Why Dr Hajo Meyer felt impelled to stress "Never again for anyone!"
"Never Again for Anyone" challenges the misuse of the Nazi genocide of Jews (“The Holocaust”) for political purposes. By exceptionalizing the Nazi genocide, European Jews are set apart from the victims and survivors of that and other genocides instead of being united with them. The Zionist exploitation of this genocide to justify colonization, displacement and apartheid in Palestine is a dishonor to those who survived and those who did not. The refrain “Never Again” must mean “Never Again, for Anyone!”

One of the last remaining Auschwitz survivors has launched a blistering attack on Israel over its occupation of Palestine as he began a lecture tour of Scotland.  Dr Hajo Meyer, 86, who survived 10 months in the Nazi death camp, spoke out as his 10-day tour of the UK and Ireland – taking in three Scottish venues – got under way. His comments sparked a furious reaction from hardline Jewish lobby groups, with Dr Meyer branded an "anti-Semite" and accused of abusing his position as a Holocaust survivor.

Speaking as his tour got under way, Dr Meyer said there were parallels between the treatment of Jews by Germans in the Second World War and the current treatment of Palestinians by Israelis.

Dr Meyer was born in 1924 in Bielefeld, Germany. He was not allowed to attend school there after November 1938. He then fled to the Netherlands, alone. In 1944, after a year in the underground, he was caught by the Gestapo and survived 10 months at Auschwitz concentration camp in Poland.
Full article here - no longer available on the Sunday Herald website

How Israel lobby attacked an Auschwitz survivor to smear Corbyn, Adri Nieuwhof in ei 7 August 2018
In 2010, Corbyn hosted a Holocaust Memorial Day event in London, where Meyer was the main speaker... In recent days, The Times created a furor with an article declaring that Meyer “made the comparison between the Nazi regime and Israeli policy.”

The latest attacks on Corbyn carry the implicit message that Meyer himself was an anti-Semite – a shocking and absurd claim. The anti-Semitism smear against Meyer is disgusting and should be treated with utter contempt.

Instead, Corbyn did what he has done consistently since he became head of the party, which is pander and retreat in the face of Israel lobby pressure. The Labour leader apologized for his role in the event and distanced himself from the views Meyer expressed at the meeting, passing the burden of defense onto Meyer’s shoulders.
But Hajo Meyer could no longer defend himself because he died in 2014.

Everyone has a right to compare Israeli savagery against the Palestinian people with that of German authorities towards the Jews. Historians and lay people often draw cross-historical comparisons to illuminate an issue and that right should be defended, whether successful or not in some cases. In the case of present day Palestinians under Israeli military rule the comparison is useful up until 1941.

Millions make the comparison between the behaviours of two hyper-racist states towards their perceived enemy population. Many who do so - not Hajo - often lack familiarity with the histories of North and South America, Australia. We need an explanatory framework for understanding the violence and inherent tendency towards genocide of the Israeli State. Seeing Israel as a settler-colonial project explains a dynamic where comparisons with the Nazis might only shock.

Europe's exterminatory history: Scientific American on how mass exterminations of native peoples affected the composition of the world's atmosphere:

"The atmosphere recorded the mass death, slavery and war that followed 1492. The death by smallpox and warfare of an estimated 50 million native Americans—as well as the enslavement of Africans to work in the newly depopulated Americas—allowed forests to grow in former farmlands. By 1610, the growth of all those trees had sucked enough carbon dioxide out of the sky to cause a drop of at least seven parts per million in atmospheric concentrations of the most prominent greenhouse gas and start a little ice age. Based on that dramatic shift, 1610 should be considered the start date of a new, proposed geologic epoch...colonialism, global trade and the desire for wealth and profits began driving Earth towards a new state."