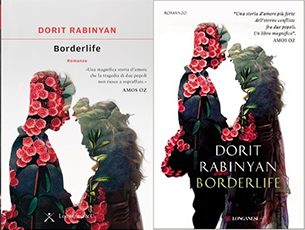 On this day in 2015, Israel banned a novel, "Borderlife", on an Arab-Jewish romance from schools for 'threatening Jewish identity'. The Ministry of Education explained the ban: “In the Israeli reality of the Jewish-Arab conflict...young people of adolescent age” might not be able to understand “the national-ethnic identity of the people and the significance of miscegenation.” Many parents in the school system would strongly object to their children studying the novel…”as a threat to a separate identity.”

Israel bans novel on Arab-Jewish love story
Israel's Ministry of Education has banned a novel that portrays a romantic relationship between an Israeli woman and a Palestinian man on the grounds that it "threatens Jewish identity" and encouraged "miscegenation." Minister of education, Naftali Bennett's office endorsed the ban in an official statement that "the minister backs the decision made by the professionals."

"Intimate relations between Jews and non-Jews threaten the separate identity of each sector. Young adolescents don't have the systemic view that includes considerations involving maintaining the national, ethnic identity of the people and the significance of miscegenation."

What is "miscegenation"?
Opposition to miscegenation, framed as preserving so-called racial purity, is a typical theme of racial supremacist movements. It is almost always a pejorative term used by people who believe in racial superiority and purity and therefore object to interracial relationships.
The concept is treated pejoratively in racist ideology as a source of social and economic degeneration.

Israeli wedding of Jew and Muslim draws protesters amid war tensions. (Official Jewish-Muslim weddings are not possible in Israel)
RISHON LEZION Israel (Reuters) - Israeli police on Sunday blocked more than 200 far-right Lehava protesters from rushing guests at a wedding of a Jewish woman and Muslim man as they shouted “death to the Arabs.”

A lawyer for the couple, Maral Malka, 23, and Mahmoud Mansour, 26, both from the Jaffa section of Tel Aviv, had unsuccessfully sought a court order to bar the protest. The groom told Israel’s Channel 2 TV the protesters failed to derail the wedding or dampen its spirit. “We will dance and be merry until the sun comes up. We favor coexistence,” he said.

Protesters, many of them young men wearing black shirts, denounced Malka, who was born Jewish and converted to Islam before the wedding, as a “traitor against the Jewish state,” and shouted epithets of hatred toward Arabs including “death to the Arabs.” They sang a song that urges, “May your village burn down.” Lehava spokesman and former lawmaker Michael Ben-Ari denounced Jews intermarrying with non-Jews of any denomination as “worse than what Hitler did,” alluding to the murder of 6 million Jews across Europe in World War Two.

Malka’s father, Yoram Malka, said on Israeli television he objected to the wedding, calling it “a very sad event.” He said he was angry that his daughter had converted to Islam. Of his now son-in-law, he said, “My problem with him is that he is an Arab.”

Hotline lets callers inform on Jewish-Arab couples
Lehava group steps up campaign to stop intermarriage and ‘save the daughters of Israel’ from their non-Jewish suitors...
In addition to offering support for women, the line also provides the names and telephone numbers of Arab men that the organization suspects of dating Jewish women.