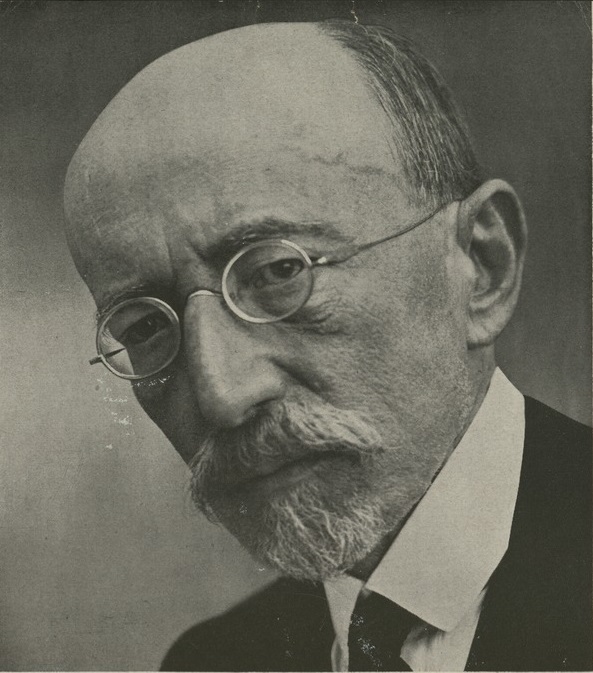 On this day in 1927, death of Zionist thinker Ahad Ha’am In Tel Aviv. He denounced the racism of his fellow settlers in Palestine, who regarded “all Arabs as savages of the desert, a people similar to a donkey. ..They were slaves in their Diasporas, and suddenly they find themselves with unlimited freedom. This sudden change has planted despotic tendencies in their hearts...
They deal with the Arabs with hostility and cruelty... beat them shamefully for no sufficient reason, and even boast about their actions.”

From Ahad Ha'am
" ....[the Zionist pioneers believed that] the only language the Arabs understand is that of force ..... [They] behave towards the Arabs with hostility and cruelty, trespass unjustly upon their boundaries, beat them shamefully without reason and even brag about it, and nobody stands to check this contemptible and dangerous tendency."
"The treat the Arabs with hostility and cruelty, trespass unjustly, beat them shamelessly for no sufficient reason, and even take pride in doing so. The Jews were slaves in the land of their Exile, and suddenly they found themselves with unlimited freedom, wild freedom that only exists in a land like Turkey. This sudden change has produced in their hearts an inclination towards repressive tyranny, as always happens when slave rules." 'Ahad Ha'Am warned: "We are used to thinking of the Arabs as primitive men of the desert, as a donkey-like nation that neither sees nor understands what is going around it. But this is a great error. The Arab, like all sons of Sham, has sharp and crafty mind . . . Should time come when life of our people in Palestine imposes to a smaller or greater extent on the natives, they will not easily step aside."

"So long as they were powerless to dislodge the indigenous Arabs of Palestine (the vast majority of the country’s population), Zionist colonists were content with isolating themselves from the Arab community and instituting a systematic boycott of Arab produce and labour. Accordingly, from the earliest days of Zionist colonisation, the principle was established that only Jewish labour would be employed in Zionist colonies...
"Contentment with boycotting the Arabs of Palestine instead of evicting them from their country was, however, only a tactical and temporary suspension of the Zionist dogma of racial exclusiveness. It was forced upon Zionism by the circumstances surrounding the early stages of Zionist colonisation. And it was viewed as a necessary evil, to be endured only so long as a more rigorous application of the racist doctrines of Zionism was prevented by extraneous factors beyond the control of the Zionist Movement. The ultimate aim of ousting the Arab inhabitants of Palestine in order to make possible the incarnation of the principle of racial exclusiveness, though momentarily suspended, was never abandoned, however."
Zionist Colonialism in Palestine (1965) Sayegh, Fayad

See Zionist Settler Colonialism in Institute of Palestine Studies
Moshe Smilansky was a Zionist writer and Labour leader who immigrated to Palestine in 1890:
"Let us not be too familiar with the Arab fellahin lest our children adopt their ways and learn from their ugly deeds. Let all those who are loyal to the Torah avoid ugliness and that which resembles it and keep their distance from the fellahin and their base attributes."
The IPS article is from the first chapter of Expulsion of the Palestinians: The Concept of "Transfer" in Zionist Political Thought 1882-1948 by Nur Masalha.

Zionist Jews were supported by British military power:
"The Mandate years were marked by occasional outbreaks of mob violence against Jews, all of them ruthlessly suppressed by the British. In 1921, mourners at the funeral of an Arab child killed by settlers attacked six Jews near Jaffa. Samuel [Herbert Samuel, first British High Commisioner in Mandate Palestine] responded with air strikes on Arab villages."
Charles Glass, Balfour, Weizmann and the Creation of Israel, London Review of Books Vol 23 No 11

At 17m25s: Ahad Ha'am's warnings on how the early Zionist pioneers treated the Palestinian natives

in 2019, Minister of Public Security Gilad Erdan announced new restrictions on prisoners. “The party is over,” Erdan declared he would significantly reduce prisoners' water consumption. He claimed the prisoners use “an insane” amount of water.