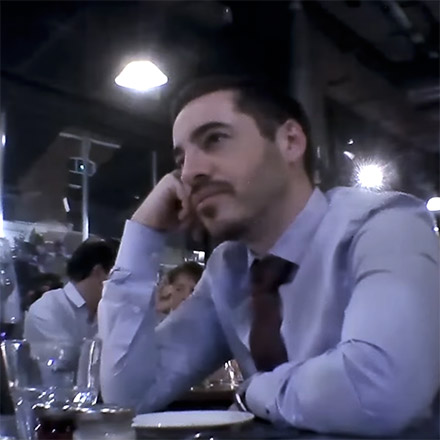 On this day in 2017, Shai Masot, a senior Israeli Embassy political officer, was filmed by an undercover Al Jazeera reporter plotting to “take down” British MPs, including Tory Minister Sir Alan Duncan, regarded as insufficiently pro-Israel. Masot boasted of secretly setting up Young Labour Friends of Israel. A UK civil servant who took part in the conversation with Masot resigned her post, Masot was whisked out of the UK, the Israeli Ambassador apologised, and Prime Minister Theresa May insisted the matter “was closed”.

"In a panicked response to increased scrutiny, Labour Friends of Israel on Tuesday denounced Al Jazeera for its undercover investigation The Lobby. The Israel lobby group is attempting to discredit the documentary despite how Britain’s official broadcasting regulator threw out all complaints of bias against it.

The four-part film broadcast in 2017 exposed the covert activities of Labour Friends of Israel among other Israel lobby groups in the UK. "The film led to the expulsion from the UK of an Israeli diplomat who was caught secretly plotting to “take down” a British government minister.

Inevitable accusations against documentary makers of "anti-semitism" are investigated and rejected by Ofcom
Ofcom has cleared al-Jazeera of antisemitism and breaching impartiality rules over an undercover investigation that caught an Israeli embassy official plotting to “take down” British MPs regarded as hostile towards Israel.

The media regulator investigated the Qatar-based broadcaster after receiving complaints about The Lobby, a four-part documentary investigating the political influence of the Israeli embassy in Britain. Clayton Swisher, the director of investigative journalism at al-Jazeera, said in a memo to staff that Ofcom had “fully and completely vindicated” the broadcaster.

Let's try a mental experiment. Let's imagine that the Russian embassy had been caught red-handed drawing up a "hit list" of British MPs it wanted to take down. Let's further assume that the hit list included a senior minister in the British foreign office known for his deadly criticisms of Vladimir Putin. And that a second figure on the list was another critic of Russia, the influential chairman of the Commons Foreign Affairs Committee, once again targeted for his anti-Russian opinions.

Let's assume also that a Russian official had been filmed telling the chairman of the Labour Friends of Russia that he had obtained "more than £1m" - say $1.2m - to pay for sympathetic Labour MPs to travel to Russia.

All hell would have broken loose. The Russian ambassador would have been summoned to the Foreign Office to explain himself.

3-minute video: Israeli Embassy sets up UK political groups to "take down" UK Tory minister and other politicians. Israeli spy concludes that Johnson is useful but also "an idiot".