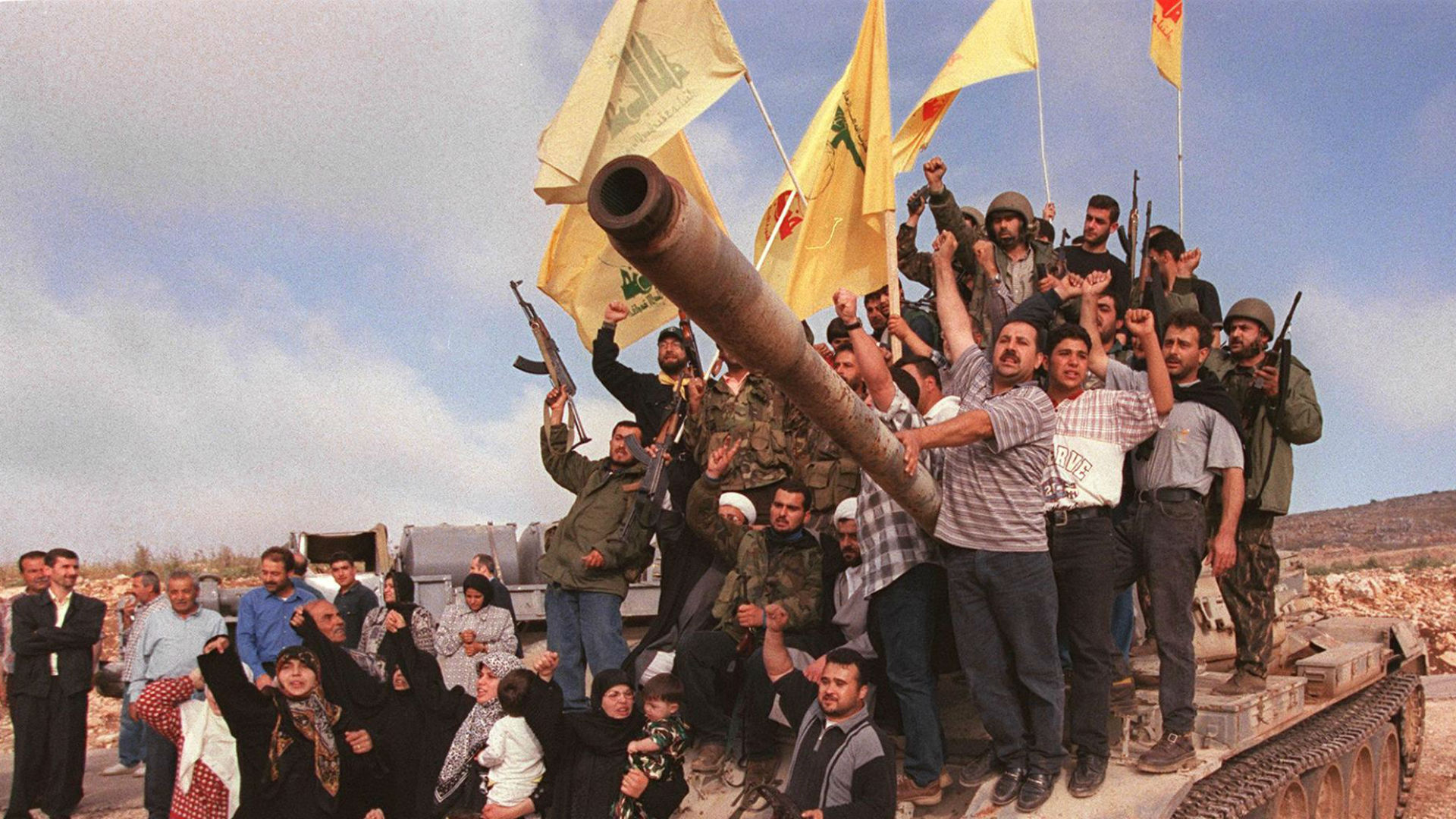 LEBANESE RESISTANCE DRIVES ISRAEL OUT OF SOUTH
On this day in 2000, Israel began its withdrawal from South Lebanon, bringing a 22-year military occupation to an end. The final evacuation was chaotic, as their South Lebanon Army allies went into exile in Israel to avoid the fate they had inflicted on many Lebanese. Experience of Israeli occupation led over the years to the emergence in South Lebanon of Hizbollah, a political party and a military force that developed the capability to inflict a stunning military defeat on the regional superpower in 2006.

The New York Times reported "Retreat from Lebanon: The Triumphal Procession. Israelis Out of Lebanon After 22 Years"

Draped with bandoleers, Shiite Muslim guerrillas reclaimed the Israeli-occupied zone in southern Lebanon today, and as they giddily rode abandoned Israeli tanks through village after village, they laid waste to Israel's plan for an orderly, scheduled withdrawal...the Lebanese guerrillas accelerated their enemy's departure. ''There is only one headline in Lebanon tonight,'' a broadly smiling anchorwoman said on the official state television channel. ''The liberation of the land. The slinking, servile withdrawal by Israel'...'

By the road, elderly Lebanese women ululated and sprinkled the cars with rose petals and rice as if at a wedding...Israel's militia allies disappeared so quickly that they left tanks with their motors running and stoves with rice cooking on them. Hezbollah fighters quickly foraged through the deserted posts, stocking up on Israeli rocket launchers, ammunition and gear before Israel had a chance to stop them... As a honking convoy of newly captured Israeli tanks headed to Bint Jbail, in the zone's center, Israeli helicopters began buzzing overhead.

'They have run in the end,'' said a youth who gave his name as Jawad, speaking of the Israelis. ''We always knew they would, but no one would have guessed it could happen so quickly.''

Asked whether the battle was over, the young men said that decision was up to Hezbollah's leader, Sheik Hassan Nasrallah...His fellow fighter, though, said they had gotten as far as they had because ''Jerusalem twinkles in our eyes'' - a comment that would chill many Israelis to the bone.

“When we entered Lebanon… there was no Hezbollah. We were accepted with perfum

ed rice and flowers by the Shia in the south. It was our presence that created Hezbollah.” Israeli Prime Minister Ehud Barak

The writing had been on the wall for many analysts before the collapse came
"The situation had deteriorated to the point that the IDF stopped advising the SLA of its movements inside the zone in a bid to minimise casualties from roadside bomb ambushes, which have taken an increasing toll on the Israelis. SLA informants are widely believed to have tipped off Hizbullah about the movements of Brigadier General Erez Gerstein, the senior Israeli liaison officer in the zone who was killed in an ambush on 28 February. He was the most senior IDF officer to be killed in south Lebanon in 16 years.

24-minute video on Israel's retreat from Lebanon under fire. A Hezbollah representative, journalist Robert Fisk, and a pro-Israel Brit.

Alana 9 months ago Thoughts on Jeff Halper's talk: 'Pegasus worldwide & NICE in Glasgow
Yes, Jeff did outline the big picture - Palestine as an example of harsh oppression worldwide of 'surplus populations' and ...
Basia Gordon 9 months ago 4 August
Marek Edelman is revered amongst Poles- a true hero. His continual fight to the good fight in the name of ...
Mick 9 months ago 1 August
Also in 2014Described by an Amnesty International report as a day of “carnage”, Black Friday, or 1 August, Israeli media ...
Mick 9 months ago 10 January
A warning from the experience of South Africa:https://www.scottishpsc.org.uk/all/declaring-a-palestinian-state-a-warning-from-south-africa
Alana Terego 10 months ago 28 July
Thieving Israeli soldiers are engaged in full-spectrum criminality. This will continue as long as the Zionist state exists.