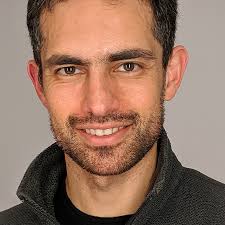 ISRAELI SNIPERS MAIM PALESTINIAN DEMONSTRATORS TO FREE UP CELLS
On this day in 2018, Israeli snipers shot Canadian physician Tarek Loubani in both legs. He was “wearing high visibility clothing“ while treating patients with gunshot wounds in Gaza during the Great March of Return. A medical colleague, Musa Abuhassanin, was killed while providing care for Palestinian protesters. Two days later, Israeli spokeswoman Michal Maayan was asked why Israeli snipers were shooting at Palestinian demonstrators. She replied, “Well, we can’t put all these people in jail”.

A Canadian doctor was one of nineteen medical professionals shot by Israeli snipers on MondayDr. Tarek Loubani said it happened during a "lull" in the protest Monday, as he was standing with a group of paramedics about 25 metres away from the protest area."There were no fires, there was no smoke. We had clear lines of sight to all three fortified sniper posts. All of the sudden I heard a bang, and I found myself on the ground. I looked at my leg, I saw blood."Loubani said his colleague, a paramedic named Musa Abuhassanin, came over and began working on his injured leg. About an hour later, Abuhassanin was shot and killed while attempting to rescue another person.

The Israeli murder machine has been going about its grisly work for a very long time. Army snipers have coolly and professionally killed over 120 unarmed Palestinian demonstrators in the last few weeks, shot and maimed 28,000.

Millions around the world are being shocked by this barbarism but few, even among those who support Palestinian freedom, appreciate the systematic manner in which the Israeli killing machine operates, and how the killers are granted impunity by the topmost echelons of the genocidal regime in Tel Aviv.

Here are a few examples that could be multiplied by a thousand where Israel brazenly denied its murders or tried to 'justify' them. From what we have learned in Gaza in recent weeks, we now know that Israeli snipers routinely kill and maim unarmed Palestinians who pose no danger to them.

Razan Najjar - the medic
Razan was a 21-year-old, a clearly marked volunteer paramedic. Palestinian Medical Relief Society said Najjar was shot dead “as she was attempting to provide first aid to an injured protester,” with three other first responders also hit by live fire on Friday. The Israeli Army tweeted at the start of their killing spree that their shooting was very deliberate: "We know where every bullet landed"

“Shooting at medical personnel is a war crime under the Geneva conventions,” the PMRC said in a statement, demanding “an immediate international response to Israeli humanitarian law violations in Gaza.”

Yasser Murtaja - the journalist
Yasser was working on April 6th when he was killed by a shot to the stomach by an israeli sniper. He was clealry identified as 'PRESS'. That same day nine other Palestinians were killed by sniper fire, another 400 shot and a total of 1,350 injured by Israeli projectiles.

Mohammed Al Durra - brazen denial
Mohammed and his father, Jamal, were pinned down by an Israeli sniper before the soldier finally killed the 12 year-old Palestinian child in September 2000, a killing caught on film by a cameraman for TV stattion France 2. Jamal was gravely injured. The Israeli military launched an 'investigation' and Netanyah reported that the event had been staged, that there had been no killing, and that the child's grave was empty.

Iman Al Hams - it's not "unethical" to shoot a 3 year-old
13 year-old Iman was shot down by an Israeli soldier on her way to school one morning in Rafah Gaza, after which a soldier appraoched Iman's prostrate figure and emptied a magazine of bullets into her body "to confirm the kill". Unusually, a program on Israel's Channel 2 aired a recording of the communications between the soldiers who killed Iman. It included: "This is commander. Anything that's mobile, that moves in the zone, even if it's a three-year-old, needs to be killed. Over." Iman qualified by a 10 year margin.

Pulitzer Prize-winning US journalist Chris Hedges reported from Gaza at that time.

"Yesterday at this spot the Israelis shot eight young men, six of whom were under the age of eighteen. One was twelve. This afternoon they kill an eleven-year-old boy, Ali Murad, and seriously wound four more, three of whom are under eighteen. Children have been shot in other conflicts I have covered—death squads gunned them down in El Salvador and Guatemala, mothers with infants were lined up and massacred in Algeria, and Serb snipers put children in their sights and watched them crumple onto the pavement in Sarajevo—but I have never before watched soldiers entice children like mice into a trap and murder them for sport."

James Miller - murdered British journalist
Miller was murdered in May 2003 by an Israeli soldier in Gaza, a British jury ruled unanimously at the inquest into his death. The jury told the coroners court in London that Mr Miller had been killed deliberately. The jury's spokeswoman said. "We can come to no other conclusion than that Mr Miller was indeed murdered. It is a fact that from day one to this inquest the Israeli authorities have not been forthcoming in the investigation into the circumstances surrounding Mr Miller's death." Three weeks before the ISraeli Army murder of Miller, another British inquest jury concluded that another UK citizen, Tom Hurndall. had also been murdered in Rafah by the Israeli Army three weeks earlier.

Arrnon Soffer - Government advisor for genocide
Soffer, a 'geostrategist' at the University of Haifa and advisor to Israeli Prime Minister Ariel Sharon, also lectured at the Israeli Army's National Defence College, where he was Head of Research. He shared his ideas publicly in a newspaper interview:

"When 2.5 million people live in a closed-off Gaza, it's going to be a human catastrophe. Those people will become even bigger animals than they are today, with the aid of an insane fundamentalist Islam. The pressure at the border will be awful. It's going to be a terrible war. So, if we want to remain alive, we will have to kill and kill and kill. All day, every day."

The final photo above - "Kill them All" - is of one of many mass demonstrations across Israel in favour of the mass killing of Palestinians. Popular racism in Israel, the ideology that dehumanises Palestinians, is intense. Palestinians are in great danger from a regime where Government Ministers feel comfortable to recommend mass killings of Palestinians.

The UK Government continues to authorise the sale of of sniper rifle parts to Israel, for sniper rifles that are used to massacre unarmed civilian demonstrators, including occasional British citizens.