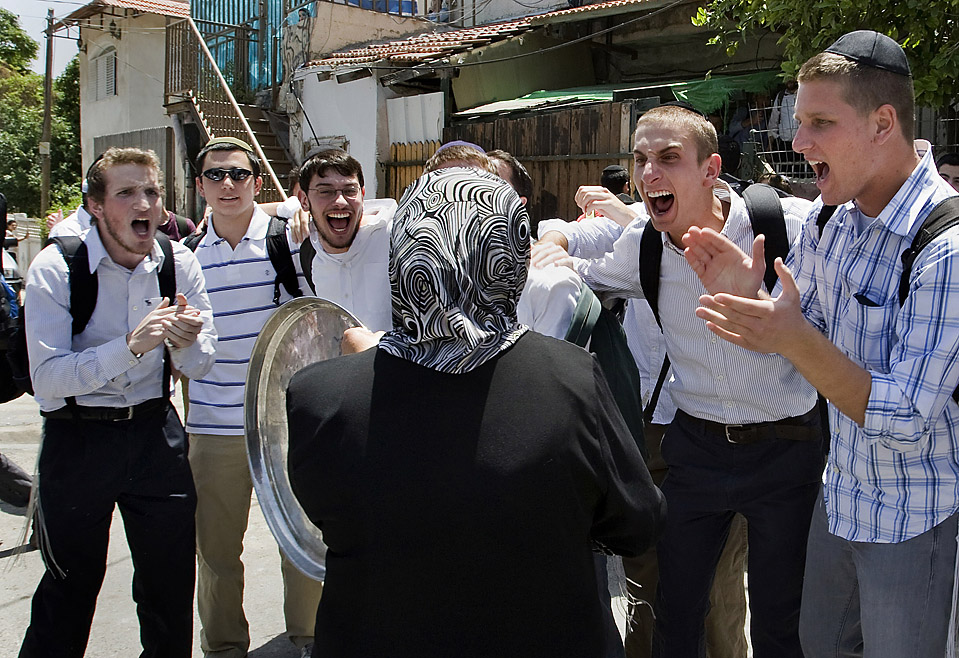 On this day in 2017, late UK Chief Rabbi Sacks extended a “personal invitation” to Jews to join him and his racist successor Mirvis on the March of the Flags on Jerusalem Day, “dancing with our brave IDF soldiers” in the settler enclave in Hebron. Haaretz’s Bradley Burston describes an annual “religious carnival of hatred” through the Muslim Quarter where extremists scream “Death to Arabs” and “The (Al Aqsa) Mosque will be Burned Down,” break windows and door locks of shops forced by the military to close.

Jerusalem Day marchers scream ‘Death to Arabs’. The Israeli authorities enable this...by issuing closure orders to Palestinian businesses along the route, and preventing Palestinian residents from being on the streets. Marchers vandalized shops in Jerusalem's Muslim Quarter, chanted "Death to Arabs" and "The (Jewish) Temple Will Be Built, the (Al Aqsa) Mosque will be Burned Down," shattered windows and door locks, and poured glue into the locks of shops forced to close for fear of further damage.”

In 2016 Rabi Sacks won the prestigious Templeton Prize in recognition of his appreciation and respect towards all faiths, for promoting the importance of recognizing the values of each of them, and for his inter-faith work. After militarized police units clear the parade route of Palestinians, even from the Muslim Quarter, thousands of Israelis assert their territorial and religious claims to the city with a massive march, dancing and singing victory songs.

The “Jerusalem Day Flag Parade” has long been an annual excuse for Jewish dominionists – those who seek to transform Israel from a democratic ethnocracy into a theocratic ethnocracy – to treat the Palestinians of Jerusalem as they generally treat Palestinians in the rest of the occupied West Bank. That is to say, as detested temporary guests whose eventual planned expulsion is openly discussed.

This year, the flag paraders were bolder about their plans for ethnic cleansing than ever before. Stickers saying “Kahane was right” – a reference to the late Israeli lawmaker Meir Kahane – are a regular sight at the parade, but this year they were more popular than in previous years. In the 1980s, when few talked about it openly, Kahane evangelized for the idea of total expulsion of the Palestinians. It has long been common for marchers to belt out racist songs, including “Zachreni Na,” with its call for ethnic cleansing: “Palestine – May their name be wiped out!”

Shmuel Lahis - the mass killer who launched the Jerusalem flags demonstrations:
Lahis committed two massacres in two successive days. On the first day, October 31, 1948, he ordered the execution of 18 peasants, and on the next day he personally executed 15 victims.
In Saff, people were forced to dig their collective grave with their own hands, Lahis was tried and sentenced to seven years in prison. The sentence was reduced from seven years to one year, then the President of the State, Yitzhak Ben Zvi, pardoned him.
Shmuel Lahis was then appointed head of the Jewish Agency, from which position Lahis launched the tradition of the flags demonstration in Jerusalem, in celebration of the occupation of East Jerusalem in 1967.