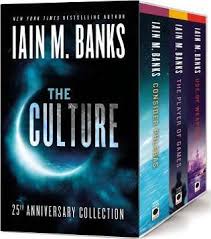 On this day in 2010, Scottish author Iain Banks announced he was boycotting Israel “following the murderous attack on the Gaza-bound convoy...appeals to reason, international law, UN resolutions and simple human decency mean nothing to Israel. I've told my agent to turn down any further book translation deals with Israeli publishers. I would urge all writers to consider doing everything they can to convince Israel of its moral degradation...by simply having nothing more to do with this outlaw state”.

I support the Boycott, Divestment and Sanctions (BDS) campaign because, especially in our instantly connected world, an injustice committed against one, or against one group of people, is an injustice against all, against every one of us; a collective injury.

My particular reason for participating in the cultural boycott of Israel is that, first of all, I can; I'm a writer, a novelist, and I produce works that are, as a rule, presented to the international market. This gives me a small extra degree of power over that which I possess as a (UK) citizen and a consumer. Secondly, where possible when trying to make a point, one ought to be precise, and hit where it hurts. The sports boycott of South Africa when it was still run by the racist apartheid regime helped to bring the country to its senses because the ruling Afrikaaner minority put so much store in their sporting prowess. Rugby and cricket in particular mattered to them profoundly, and their teams' generally elevated position in the international league tables was a matter of considerable pride. When they were eventually isolated by the sporting boycott – as part of the wider cultural and trade boycott – they were forced that much more persuasively to confront their own outlaw status in the world.

I was able to play a tiny part in South Africa's cultural boycott, ensuring that – once it thundered through to me that I could do so – my novels weren't sold there (while subject to an earlier contract, under whose terms the books were sold in South Africa, I did a rough calculation of royalties earned each year and sent that amount to the ANC).

Since the 2010 attack on the Turkish-led convoy to Gaza in international waters, I've instructed my agent not to sell the rights to my novels to Israeli publishers. I don't buy Israeli-sourced products or food, and my partner and I try to support Palestinian-sourced products wherever possible.

The particular tragedy of Israel's treatment of the Palestinian people is that nobody seems to have learned anything. Israel itself was brought into being partly as a belated and guilty attempt by the world community to help compensate for its complicity in, or at least its inability to prevent, the catastrophic crime of the Holocaust. Of all people, the Jewish people ought to know how it feels to be persecuted en masse, to be punished collectively and to be treated as less than human. For the Israeli state and the collective of often unlikely bedfellows who support it so unquestioningly throughout the world to pursue and support the inhumane treatment of the Palestinian people – forced so brutally off their land in 1948 and still under attack today – to be so blind to the idea that injustice is injustice, regardless not just on whom it is visited, but by whom as well, is one of the defining iniquities of our age, and powerfully implies a shamingly low upper limit on the extent of our species' moral intelligence.

The solution to the dispossession and persecution of one people can never be to dispossess and persecute another. When we do this, or participate in this, or even just allow this to happen without criticism or resistance, we only help ensure further injustice, oppression, intolerance, cruelty and violence in the future...

The BDS campaign for justice for the Palestinian people is one I would hope any decent, open-minded person would support. Gentile or Jew, conservative or leftist, no matter who you are or how you see yourself, these people are our people, and collectively we have turned our backs on their suffering for far too long.   Full article here

Western Authors Take a Stand by Refusing to Be Published in Israel
Award-winning British novelist Kamila Shamsie: "I do not want to cross the picket line formed by Palestinian civil society."

Many authors from around the world have spoken out against Israel’s treatment of Palestinians. A few renowned writers—like Henning Mankell, China Miéville, and most recently Kamila Shamsie—are refusing to have their works translated into Hebrew and distributed by Israeli publishers.

Shamsie, an award-winning British novelist of Pakistani descent, clarified in an email to an Israel publisher why she would not accept a contract:

“I would be very happy to be published in Hebrew, but I don’t know of any (fiction) publisher of Hebrew who is not Israeli, and I understand that there is no Israeli publisher who is completely unentangled from the state. I do not want to cross the picket line formed by Palestinian civil society, which has asked everyone who wants to change the situation to not cooperate with organizations that are in any way complicit with the Israeli state.”