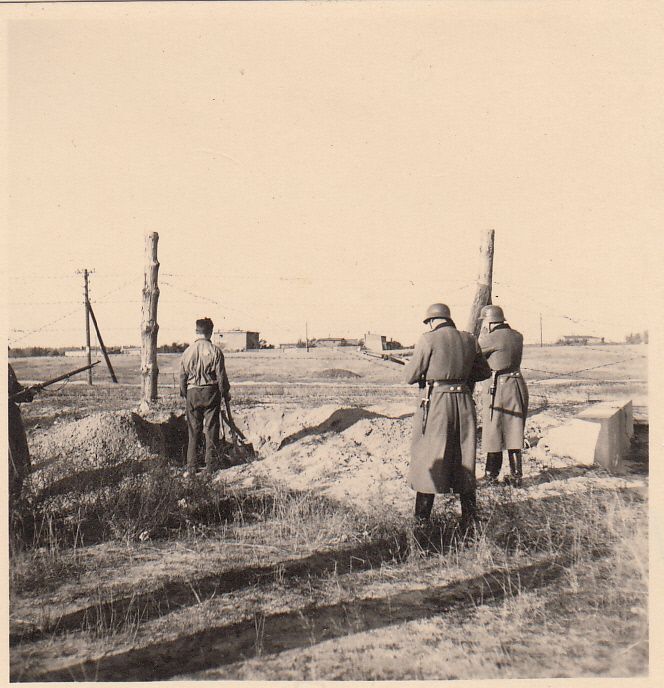 On this day in 1967, "The Egyptian prisoners of war were ordered to dig pits and then army police shot them to death.” A reporter for Israeli daily Yediot Ahronot, Gabi Bron, described atrocities that he witnessed in the 1967 war: “I witnessed the executions with my own eyes in the morning of June 8, in the airport area of El Arish." On the same day, Israeli aircraft and torpedo boats deliberately attacked intelligence gathering ship, the USS Liberty and slaughtered 34 US sailors.

"It was the publication of the claims, made by Dr. Aryeh Yitzhaki, about what really occurred during the Six Day War [June 1967] that caused me to recall what had happened and what I and my comrades had seen during my reserve service.

On the third day of that war we saw Egyptian POWs being executed after a "court martial". The explanation given to us was that those killed were Palestinian "Fedayin" fighters from the Gaza Strip who had disguised themselves as soldiers in order to escape from our forces". I witnessed their executions with my own eyes in the morning of June 8, 1967 in the airport area in al-Arish, Sinai. This was where the headquarters of the brigade commanded by General Israel Tal, in which I had served, were located.

On that morning we heard that hundreds of Egyptian POWs were being held in the headquarters and we had time to go to look at them. About 150 POW's were held in an open building serving as a cover for airplanes, surrounded on three sides by high sand-bag embankments. They were densely crowded and sitting on the ground with their hands on the back of their necks.

Adjoining the prison compound, guarded by military police, there were two men sitting at a table. They wore Israeli army uniforms and steel helmets with faces almost entirely covered by sun glasses and khaki-colored handkerchiefs. Every few minutes, the military police took one of the POWs from the prison compound and escorted him to the table. A short conversation, which we were not able to hear, was then conducted. Following it, the POW was escorted by two military policemen to a place behind the building.

I followed the procedure. The POW was escorted to a distance of about 100 meters from the building and given a spade. I watched the POW digging a big pit which took about 15 minutes. Then the policemen ordered him to throw out the spade. When he did so one of them pointed his Uzi gun at the POW inside the pit and shot two short bullet bursts, consisting maybe of three four bullets each. The POW fell dead. After a few minutes another POW was escorted to the same pit, forced to go into it and was also shot dead. A third POW was brought to the same place and also shot dead. Since the process was repeated a number of times, the grave was filled up. I witnessed about ten such executions.

We were standing there, near the place where the POW's were being held and we watched silently. The fact that a number of soldiers were watching the spectacle was apparently unwelcome because after a time Colonel Eshel, the commander of the communication battalion of the brigade, appeared and shouted at the soldiers, ordering them to leave. When we didn't show any willingness to obey, Colonel Eshel pulled out his personal revolver and threatened us with it. Raising his voice even more, he was able to get the soldiers to obey, including me.

The reserve soldiers who heard about what had happened were horrified, and about noon an officer, whose identity I cannot recall, came to explain to the reserve soldiers that the men of the Military Intelligence were identifying "Fedayin" fighters of the Gaza Strip who had murdered Jews and disguised themselves. At that time of the continuing war, it seemed a reasonable explanation. The day after, a rumor circulated that, in another al-Arish location, "hundreds of Egyptian POWs who interfered with the advance of our forces", were liquidated. Dr. Aryeh Yitzhaki must be referring now to this rumor as an established tact. ( Yediot Ahronot, August 17, 1995)
Translated from Hebrew by Prof Israel Shahak of Israeli League for Civil and Human Rights

In 1995  Israeli Ambassador to Cairo, David Sultan had to quit after the Egyptian daily Al Shaab said he had been personally responsible for the killing of 100 Egyptian prisoners. The Israeli Foreign Ministry denied the charge and said that it was not even clear that Sultan had served in the military.
Egypt Says Israelis Killed POWs in '67 War', The New York Times, 21 September 1995.

It is inconceivable that the Israeli Government would not be able to confirm that any citizen had or had not served in their army. Military service is key to accesssing basic services and preferentail treatmen in Israel


Israel attacked and killed 34 US sailors and wounded 173 on the USS Liberty near the area where the Egyptian POWs were being killed. The Navy Court of Inquiry’s investigation proceedings following the incident were held in closed sessions, and the survivors who had been on board received gag orders forbidding them to ever talk about what they endured that day.