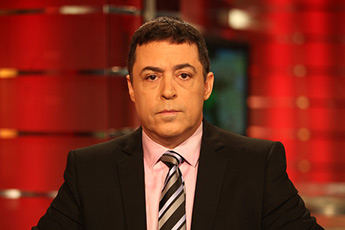 On this day in 2017, prominent Israeli journalist Ben Caspit suggested in Israeli daily Maariv how to deal with 16-year-old Palestinian Ahed Tamimi and her 20-year-old cousin Nour, who had slapped Israeli soldiers occupying their family yard in Nabi Saleh. “In the case of the girls, we should exact a price at some other opportunity, in the dark, without witnesses and cameras”. He didn’t specify the “price” the soldiers should exact. The Israeli Education Minister said Ahed “should end her life in prison” for slapping a soldier.

On 15 December Mohammed Tamimi was shot at close range by Israeli forces. He was unable to attend school for at least six months because of the injury.  He was in a coma for four days and underwent two operations to remove a rubber-coated steel bullet which a CT scan revealed had lodged in the back of his brain. Fifteen-year-old Mohammed was released from the hospital at the end of December 2017.

In response to the Israeli soldier shooting Mohammed in the head, his 16-year old cousin Ahed with her mother and a cousin blocked an Israeli platoon from entering their family home and Ahed slapped one heavily armed soldier.

Three days later, on December 18, Ahed was arrested from her home by Israeli soldiers in a pre-dawn raid. Her father, Bassem Tamimi, who was declared a prisoner of conscience by Amnesty in 2012, stated that 30 armed Israeli soldiers stormed the home and arrested the 16 year old. The family was forced into one room in their home while the soldiers searched and ransacked the rest of the house. They confiscated many of the family’s possessions, including their laptops and cellphones, and assaulted Ahed’s 14 year old brother when he tried to resist their attempts.

Ben Caspit, a journalist for the Maariv daily, praised the soldiers for not reacting, but called for retaliation against the Tamimi family. "In the case of the girls, we should exact a price at some other opportunity, in the dark, without witnesses and cameras," he wrote.

So a high profile journalist on an Israel's second highest selling daily calls for Israeli soldiers to seize two Palestinian 16-year old girls and take them somewhere in the dark to avoid any witnesses and make them regret their insolence. The fact the soldiers could go to extreme lengths with the schoolgirls can be gauged from the remark by the Israeli Education Minister that Ahed and Nour Tamimi deserved to "finish their lives in prison".

The seriousness of the journalist's barbaric suggestion needs to be understood in the light of the fact that those soldiers' official spriritual guide is Chief Military Rabbi Eyal Karim, who once advised an enquiring student that the rape of comely Gentile women was permitted to Israeli soldiers to improve military morale.

Almost two months later, Mohammed was arrested along with ten other young Palestinians from his village in the early morning of 26 February. All but two are under 18 years old. Following Mohammed’s release from detention, Israeli Major General Yoav Mordechai published an official Facebook post claiming Mohammed’s injury was "self inflicted...The boy confessed himself to the police that in December when he was [riding] his bicycle and fell from it.” Mordechai went on to say Mohammed had confessed while he was detained that his critical injury was “caused by a blow to the skull from the handle bars”.