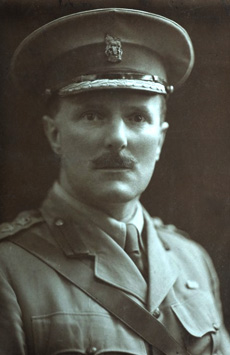 On this day in 1917, Ronald Storrs was appointed Military Governor of Jerusalem. For Storrs, the Zionist “enterprise was one that blessed him that gave as well as him that took, by forming for England ‘a little loyal Jewish Ulster’ in a sea of potentially hostile Arabism.” Ulster was the template, and the Empire envisaged Zionist Jews as a Loyalist population in Palestine. Storrs said the Palestinian Arabs asking for justice had "as much chance as had the Dervishes before Kitchener`s machine guns at Omdurman".

Storrs' friend T. E. Lawrence commented in The Seven Pillars of Wisdom: "The first of all of us was Ronald Storrs, Oriental Secretary of the Residency, the most brilliant Englishman in the Near East, and subtly efficient...Storrs was always first, and the great man among us".

"I would have given my soul to be there," Ronald Storrs, who was then in Cairo, wrote in his diary when he learned that Jerusalem had been captured and General Edmund Allenby would officially enter the gates of the city on December 9, 1917. Six days later, Storrs was asked to come to Jerusalem and help with the administration of the city, on the basis of his diplomatic skills and his experience as a senior British official in the Middle East. Storrs became the first Christian governor of "Zion" since Crusader times...I was sitting shivering at breakfast before leaving myself for Cairo when Rees Mogg beckoned me out with a mysterious gesture, and, beginning by saying that I should want another uniform after all, showed me a telegram from G.H.Q. appointing me, with the local rank of Lieutenant-Colonel, Military Governor of Jerusalem."

The British were remarkably explicit in their denial of democratic rights to the Palestinian Arabs. The author of the Declaration, Foreign Secretary Arthur Balfour, insisted, in an oft-quoted remark, that the aspirations of Zionists were “of far profounder import than the desires and prejudices of the 700,000 Arabs who now inhabit that ancient land,” and that Arab claims to Palestine were “infinitely weaker than those of the Jews.”

The prime minister, David Lloyd George, was unambiguous: “You mustn’t give responsible government to Palestine.” Nor could the indigenous population do much by way of effective complaint: Storrs observed that the Palestinian Arabs, in making pleas for political justice, had “about as much chance as had the Dervishes before Kitchener’s machine guns at Omdurman".

On 30 June 1920, while Storrs was Jerusalem Governor, the Chief Administrator of Palestine, Major-General Louis Bols, prepared an 'humorous' typewritten receipt for 'one Palestine taken over in good condition,' which Herbert Samuel, the first British High Commissioner of Palestine, acknowledged and signed. The British military handed over Palestine to civilian administration, to a militant Zionist.