Mahmoud Sarsak Scottish leg of tour: 1-16 June
Mahmoud Sarsak was a member of the Palestinian national football team who was seized by Israeli troops, interned without charge and tortured over many weeks in Israel's notorious prison system.

After three years, i.e. six 'democratic and lawful' periods of six months imprisonment without trial or charge, Mahmoud went on hunger strike to demand that he be given prisoner-of-war status since he was being detained under Israel's Unlawful Combatants Law. He refused to accept exile to Norway as a condition for his release and, near death at half his usual body weight, Israel released him unconditionally.

Mahmoud will be hosted at meetings and participate in football events to raise awareness of Israeli's war against Palestinian football, the torture and abuse of Palestinian prisoners in Israel's gulag, and the role of multi-national G4S in running parts of Israel's illegal programme. He will be raising the cases of two players of the Palestinian national football team, Omar Abu Rouis and Mohammed Nemer who have been imprisoned for over a year now in Israel's dungeons with out any trial or charges being levelled against them.

Updates here at www.scottishpsc.org.uk on Mahmoud Sarsak's Scottish tour: what follows is subject to change in next few days

Sarsak at the Palestine Stadium with a message to UEFA about how much they care about racism in football: {videobox}66776199||width=300,height=225{/videobox} 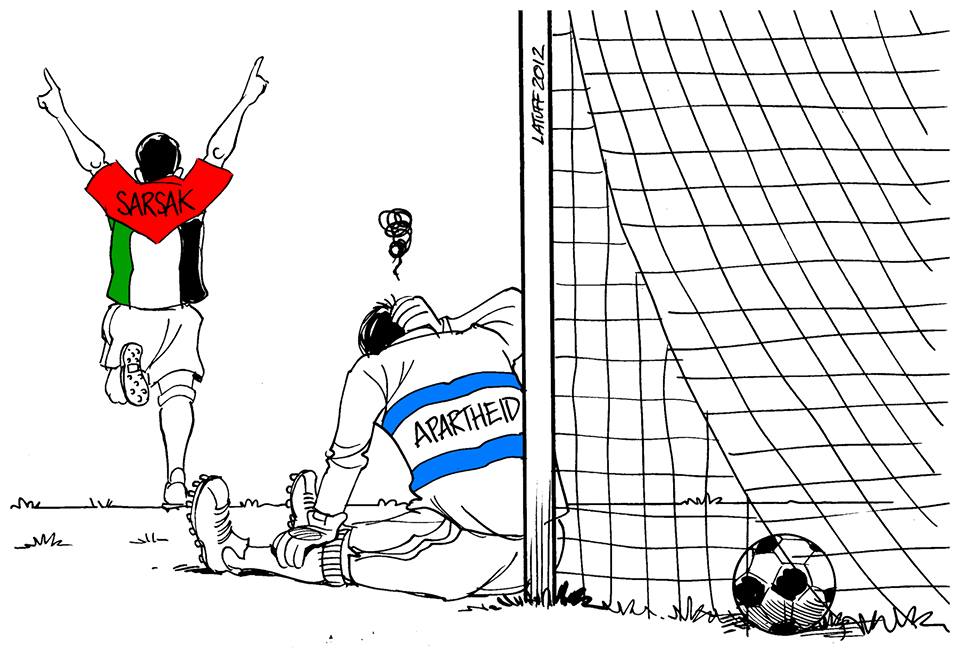