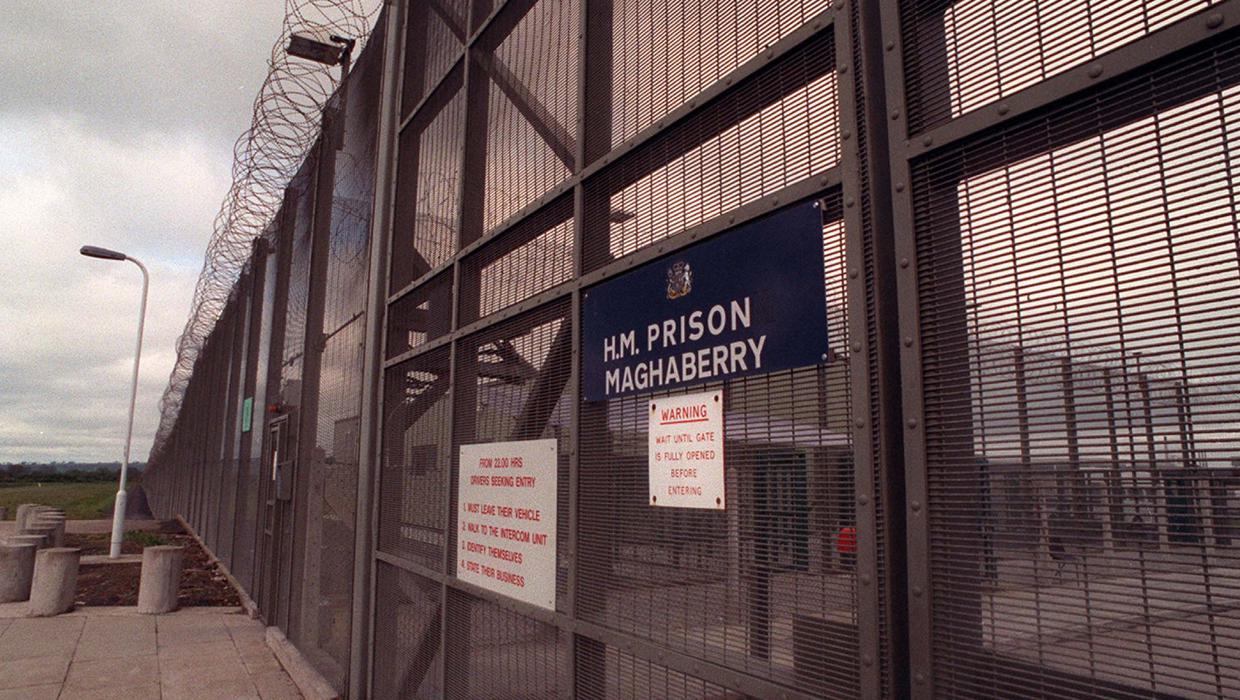 Issam Hijjawi has now been held on remand at Maghaberry prison in Northern Ireland for more than a year. He was arrested on 22nd August 2020 and charged under Section 5 of the Terrorism Act 2006 which we know defines the offence of ‘preparation of terrorist acts’ in a very broad way. This related to his attendance at a meeting in Ireland (which was bugged) alongside members of Saoradh, an Irish political party. Subsequently nine members of Saoradh were arrested at the same time as Issam in the police operation named ‘Arbacia’.

We understand that Issam’s defence will be that he was the victim of entrapment by the secret service MI5 and there are certainly established details about his situation that support this contention:

-Contrary to usual practice the UK Passport Office  made Issam go to Belfast rather than nearby Glasgow to collect a passport for his daughter.

-He was then contacted by MI5 operative Dennis McFadden and asked to address a Saoradh public meeting on the political situation in Palestine while he was in Belfast.

-On arrival in Belfast he and his family were hosted by McFadden, who again pleaded with Issam to attend what he was assured was an open public meeting.

-After the meeting, McFadden disappeared and attendees at the meeting were later arrested.

Issam has been resident in the UK since 1995 and has worked as a doctor in Scotland since 2010. During this time he has been politically active in support of Palestinian rights and in opposition to Israel’s settler-colonial and apartheid regime that denies these rights. He was a member of SPSC for a number of years. Over these years he has spoken at many public meetings, nationally and internationally, highlighting Israeli crimes against the Palestinian people, both historically and in the present time, and advocating support for the Palestinian-led movement for Boycott, Divestment and Sanctions (BDS), which is a democratic campaign enjoying worldwide support. There has never been any reason to doubt Issam’s commitment to peaceful methods of political campaigning and in relation to the current charges we believe that a transcript of the bugged meeting shows that he indeed talked solely about the political situation in Palestine and about peaceful, democratic change.

Issam is affected by a number of health problems and during his imprisonment he has protested about prison conditions and the lack of timely medical attention and treatment. Indeed for a short period he began a hunger strike in order to highlight this matter. Earlier this month it was reported that he had been admitted to hospital and treated for a heart attack. He did manage however to have surgical treatment in June this year for a severe and painful spinal problem. This month, and on a number of other occasions following examination or treatment in hospital, he has been placed in isolation on return to prison and this is in a block where conditions are notoriously bad. This is ostensibly on Covid safety grounds but it could be viewed as a form of intimidation as it is not an absolute requirement for all prisoners. Issam has had two vaccinations and isolation was not enforced following his back surgery in June.

Issam is a former member of SPSC and he remains active in the struggle for justice in Palestine. We expect that due legal process will be followed, and that his history as a strong advocate for Palestinian human rights will play no part in prejudicing the outcome of any trial to which he is subject. SPSC views Issam’s situation as separate from the cases of the nine members of Saoradh who were arrested at the same time. Issam’s case may well take years to be heard in court and it is reported that the prosecution file against the 10 defendants contains over 1500 pages plus 700 hours of viewing and listening. Therefore SPSC fully supports the calls for Issam’s release on bail immediately. His health condition is being exacerbated by the conditions he is experiencing in prison and his release would present no danger to the public and little risk that he would abscond. In fact his main concern is on reuniting with his young children who live in Edinburgh.