While Israeli Prime Minister Benjamin Netanyahu is determined to scupper the historic nuclear deal with Iran, his Culture and Sports Minister, Miri Regev, has opened up a second front by targeting a state-run European opera company. The Tel Aviv minister has become embroiled in a culture war to try to block a landmark concert from taking place in Tehran. Seemingly oblivious to a chorus of calls of “hypocrisy”, Regev is said to be outraged by Argentinian-born conductor Daniel Barenboim's efforts to take the Berlin State Opera to Iran.

The 72-year-old is famed for using music to break down barriers between people. Along with the late Palestinian academic Edward Said, he founded the Seville-based West-Eastern Divan Orchestra in 1999 that brings together young Palestinian, Egyptian, Iranian, Jordanian, Lebanese and Israeli musicians. He conducted them in a concert held in Ramallah in 2005 and has also taken honorary Palestinian citizenship. 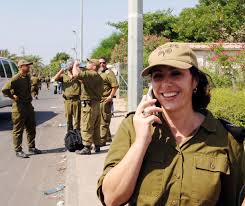 Regev has already urged German Chancellor Angela Merkel to intervene and cancel discussions about the Tehran performance on the grounds that Barenboim is an outspoken critic of Israeli government policy on Palestine. If anyone is in any doubt about the minister’s fury, a quick look at her Facebook page reveals the extent of her anger. Writing in Hebrew, she says: “The conductor, Daniel Barenboim, a citizen of Israel, will perform in Iran together with the Berlin Philharmonic. Barenboim has taken an anti-Israel stance and he makes sure to slander Israel while using culture as leverage in order to state his political opinions against the State of Israel. This is a mistake by German Chancellor Angela Merkel.”

She added that Barenboim’s concert in Iran “hurts Israel’s efforts to prevent the nuclear agreement and boosts the de-legitimisation efforts against Israel.” Iran, she continues, is a “state sponsor of terrorism”; and Iranian leaders “have blood on their hands” because of support for Hezbollah, Islamic Jihad and Hamas. In conclusion she calls on Germany to “do the right thing” and cancel the performance.

The irony of her outburst was not lost on Albie O’Neill, the secretary of the Scottish Palestine Solidarity Campaign (SPSC) who took part in a debate at the Edinburgh Festival earlier this week about the pros and cons of cultural boycotts. Of Regev’s latest intervention, he said that he was not in the least surprised and accused the minister of “hypocrisy”, adding: “Countless Palestinian performers and artistes have been arrested without charge, performances prohibited, and theatres attacked with tanks. The Palestine Literary Festival in 2009 was closed down and participants, including Michael Palin, were driven out. The 19th Annual Palestinian Children’s Festival in East Jerusalem was prohibited by the Israeli government due to the fact that it received funding from the Palestinian Authority.”

O’Neill also pointed out that in 2012 members of the Ramallah Orchestra were denied entry permits by the Israeli occupation authorities to perform in East Jerusalem. In June, Israeli cultural workers signed a petition condemning the government for moves described as “anti-freedom of expression” that would deny funding to artists and theatre companies if they do not toe the government line.

“It was the same minister, Miri Regev, who threatened to cut funding to the Jaffa-based Elmina Theatre group because its manager refused to perform in an illegal settlement in the West Bank,” O’Neill pointed out.

The treatment of Palestinian artistes by Israel is in stark contrast to the Zionist state’s support for its own performers who are funded to attend international festivals and events on condition that they sign contracts which make clear that they must act as national ambassadors and not criticise Israel. Crucially, they are banned from revealing the conditions of their contracts, although some sample contents came to light in 2008 thanks to poet Yitzah Laor.

The contract, which was between the Israeli artist or company (‘the service provider’) and the State of Israel, via the foreign ministry’s division for cultural and scientific affairs, made explicit the promotional requirements attached to government funding for foreign tours: “The service provider is aware that the purpose of ordering services from him is to promote the policy interest of the State of Israel via culture and art, including contributing to creating a positive image for Israel.” And yet this relationship has to remain secret: “The service provider will not present himself as an agent, emissary and/or representative of the Ministry.”

Back in March 2009, after Israel’s December 2008/January 2009 war against civilians in the besieged Gaza Strip, Arye Mekel, the then Israeli foreign ministry’s deputy director general for cultural affairs, declared: “We will send well-known novelists and writers overseas, theatre companies, exhibits. This way you show Israel’s prettier face, so we are not thought of purely in the context of war.”

Many believe that attempts to re-brand the Zionist state as a country which puts culture first has seen it deploy its own musicians, filmmakers and other cultural professionals to provide a glittering backdrop which masks the everyday brutalities of Israel’s occupation and dispossession of the Palestinians.

Launched in 2005, the cultural boycott of Israel was born out of frustration by Palestinian cultural workers who were sick of being denied access to regional and international festivals. Working alongside the Boycott, Divestment and Sanctions (BDS) campaign, international awareness of their plight is increasing.

“No amount of whitewashing by Regev will fool anyone,” insists the SPSC’s O’Neill. “While calling for the right of freedom of expression for its own people, her government’s actions perpetuate a brutal apartheid regime that denies the Palestinian people the same freedoms and right to life. Now, following attempts to ban the Berlin State Opera from going to Tehran, it seems that she wants to silence anyone who dares to criticise the Israeli state. The hypocrisy is breath-taking.”

A spokesman for the Berlin State Opera, also known as Staatskapelle, confirmed that German Foreign Minister Frank-Walter Steinmeier has taken on the patronage of the Tehran concert. “He supports Daniel Barenboim's commitment to make music accessible to people beyond any national, religious or ethnic boundaries."

This is something that the so-called “only democracy in the Middle East” can learn from. Regev’s hypocritical stance, however, suggests strongly that it hasn’t, and won’t.