Haaretz asks: Israelis scarce at Edinburgh Fringe - because of BDS?

"...all the artists who spoke to Haaretz said the BDS protests were aimed solely at works or troupes supported by the Israeli government, not at Israeli creators and actors specifically. Thus, they noted, though there are no Israeli productions at Edinburgh this year, several actors and creators are involved with British productions. And they have been warmly welcomed."

The Edinburgh Festival Fringe this month isn’t hosting any Israeli acts, for the first time in many years. While this may not be particularly surprising to artists who have performed there in the past, it’s still painful. A gig at the Edinburgh International Festival provides incomparable exposure.

So how have Israelis been left out? Was it the expense of traveling to the Scottish capital, or maybe the boycott, divestment and sanctions movement, which last year forced the cancellation of the Israeli rap opera “The City”? BDS also convinced venues to shun Israeli performers, and perhaps even deterred Israeli artists themselves.

The festival, marking its 68th year this year, welcomes thousands of acts from all over the world at hundreds of venues. It opened on August 5 and will close on Monday...

...Actor and director Erez Drigues, who had a successful run with Iftach Ophir and the play “Repertory Theater” at Edinburgh in 2012 and 2013, believes financial considerations trump concerns about political protests.

“Iftach and I took a loan of 40,000 shekels ($10,200), and the Foreign Ministry’s Division for Cultural and Scientific Affairs paid for our plane tickets. The main expense was paying for the hall,” he says.

“It’s known that Edinburgh is an adventure that carries a very big financial risk, and lots of people crash and burn regardless of which country you’re from. Many never manage to pay back the money; if you cover your expenses it’s a victory.”

Sure enough, when an Israeli play runs into opposition from the BDS movement, the significance is mainly financial. Two months before last year’s festival, BDS people demanded that the managers of the prestigious Underbelly theater company cancel performances of “The City” by Jerusalem’s Incubator Theater.

Underbelly rebuffed the demand and reiterated its support for freedom of expression, but by the time the festival opened, the Gaza war was raging and sparked opposition from local artists.

Incubator’s CEO and artistic director, Arik Eshet, recalls that BDS supporters pledged to demonstrate against “The City” every day, while the local police demanded that Underbelly hire 12 security guards for each of the 27 performances.

“It was a crazy amount of money,” Eshet says. “The hall said ‘we can’t do this ourselves; you’ll have to take on most of the cost because we don’t have those resources.’ BDS caused huge outlays on security ... and the play collapsed.”

So this year Underbelly op 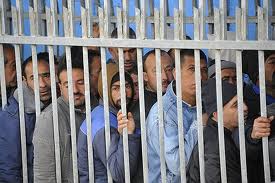 ted for a project that examines the tension between art and politics. It invited Eshet to take part in a roundtable discussion at the venue, but Eshet declined.

“They have pangs of conscience because they did something untenable,” he says. “They were in favor of freedom of expression and rejected the boycott request, but cracked when it hit them in their pockets.”

Underbelly says it would happily welcome proposals from Israeli companies. “We do not agree with a cultural boycott, and believe that everyone should have the right to perform at the Fringe without fear of harassment,” it said.

“Although we respect the views of others, and the freedom to protest, we also respect the efforts of those wishing to perform, and endeavor to provide a safe and supportive environment for them to do so.”

It acknowledges that the censorship and boycott issues that arose last year have a particular resonance for the people at Underbelly.

“Consequently, we’re very much enjoying ‘Walking the Tightrope’ currently playing at Underbelly, which is a series of political plays specially commissioned to discuss and debate the issues at hand.”

Because of the high costs and political tensions, there have never been more than one or two Israeli productions at Edinburgh over the past two decades. But all the artists who spoke to Haaretz said the BDS protests were aimed solely at works or troupes supported by the Israeli government, not at Israeli creators and actors specifically.

Thus, they noted, though there are no Israeli productions at Edinburgh this year, several actors and creators are involved with British productions. And they have been warmly welcomed.