"Ten years earlier most of the main SNP leaders signed a motion in the Scottish Parliament to send “an important message to the Palestinian people expressing Scotland’s disgust at their treatment at the hands of the Israeli Government”. Now Stewart McDonald shares in the “inspiration for Scotland [Winnie Ewing] saw in Israel”, including the fascist-inspired butcher, Menachem Begin."

Stewart McDonald has been on a journey since he was elected as MP for Glasgow South in May 2015. The world looks very different before and after being elected to Westminster, an institution that has taken in better people than Stewart MacDonald and corrupted them.

Three weeks before being elected, McDonald attacked ‘British imperialism’, backed the Palestinian call for a boycott of Israel, called 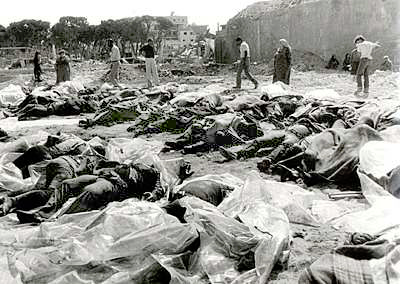 Israel an apartheid state, and said Netanyahu should be tried for war crimes.These are unremarkable views in public opinion, but they are rarely articulated by candidates from mainstream parties.

McDonald would undoubtedly have been influenced by the call from the SNP Scottish Government in summer 2014, at the height of the Israeli massacre of 2,200 Palestinians, for an arms embargo against Israel until it carried out a serious enquiry into allegations its army carried out war crimes and crimes against humanity.  In any event, he supported the Palestinian BDS call and called out Israeli state directed racism, i.e. apartheid: “The Palestinian issue was one of the things that brought me into politics. It's one of the biggest injustices still going on today,”

What a journey Mr MacDonald has travelled in the last year at Westminster!  His latest article is music to the ears of those who defend every Israeli massacre. The seriously weird Zionists at Glasgow Friends of Israel, for example, are fulsome in their  praise.

Politicians are held in very low public esteem, largely because they are seen as corrupt, dishonest, speaking out of both sides of their mouths. Stewart McDonald is an example of such bilateral vocalisation.

He was on the side of the violated people of Palestine in April last year; now he’s “backing the SNP's new pro-Israel, pro-Palestine group”, which is nothing more than an Israeli Embassy front. The pro-Israel group, being pro-Israel, defends the massacres that led the Scottish Government in 2014 to condemn the “depth of inhumanity” of the Israeli Army during the Operation Protective Edge massacres.

'Pro-Israel’ means support for ethnic cleansing and Apartheid but it is unclear most of the time what ‘pro-Palestine’ actually means.

Ten years earlier most of the main SNP leaders signed a motion in the Scottish Parliament to send “an important message to the Palestinian people expressing Scotland’s disgust at their treatment at the hands of the Israeli Government”. Now Stewart McDonald shares in the “inspiration for Scotland [Winnie Ewing] saw in Israel”, including the fascist-inspired butcher, Menachem Begin.

Where McDonald sees inspiration, others, including Albert Einstein and others, warned the world that Begin’s Herut party was “a political party closely akin in its organization, methods, political philosophy and social appeal to the Nazi and Fascist parties.”  Palestinians agree with this characterisation of Begin – perhaps this ‘friend of Palestine’ should ask some Palestinians if they are as “inspired” by Menachem Begin as Gordon Brown was.

So carried away is McDonald that he uncritically praises Israeli self-reliance, although any child can see that no state in the world is less ‘self-reliant’, more dependent on military aid from the USA, lucrative trade deals with the EU, world 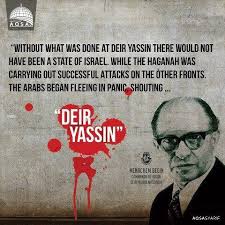 wide transfers of wealth from para-statals like the JNF and private donors, than the world’s biggest recipient of foreign aid.

McDonald notes rising evidence of “widespread Israeli government human rights abuses and disregard for international law” but quickly moves on to claim that “many Palestinian rights activists have been unable to move with the times”. He has certainly moved his position over a short time – are his targets being attacked for failing to follow him away from support for the Palestinian BDS call - with what looks like an SNP version of Tony Blair’s call for ‘modernisation’?

The Aril 2015 critic of British imperialism now dismisses the "anti-imperialist" left as damaging the interests of the Palestinian people, insinuating without a shred of evidence that “those with repugnant views…allow naked anti-Semitism to emerge in its vilest form” within Palestine solidarity groups. Many will conclude that McDonald is smearing Palestine activists, joining the Israeli Embassy-orchestrated screeching of wholly fabricated claims of antisemitism.

If he is making cheap capital out of the baseless attacks on Jeremy Corbyn as an 'anti-semite', attacks that every pro-Israeli enemy of Palestinian freedom is applauding, this is equally regrettable.

Has Stewart MacDonald changed sides in the Israeli campaign against the people of Palestine, its genocide in Gaza and the effort to ethnically  cleanse across the whole of Palestine?