Solidarity with Palestinian General Strike - 18 May 2021 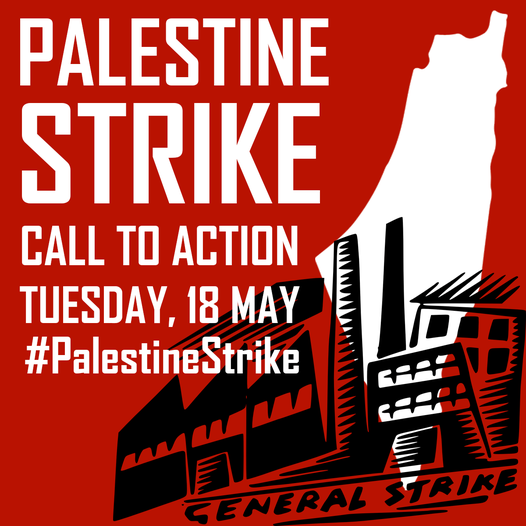 Scottish PSC calls on trade unionists throughout Scotland to support the Palestinian General Strike, called for Tuesday 18th May to protest against Israel’s ongoing war crimes and policies of apartheid, ethnic cleansing and aggression against the Palestinian people.

Across historic Palestine, organised in Israel by the High Follow Up Committee for Arab Citizens of Israel, in the West Bank, led by the General Union of Teachers, and supported by the New Federation of Trade Unions, they call on workers, unions and movements across the world to mark this as a day for actions and solidarity with the Palestinian people, wherever they are.

Sparked by Israeli policies of ethnic cleansing in the Sheikh Jarrah neighbourhood of Jerusalem, the violent attacks against the al-Aqsa Mosque and the Palestinian presence in the Old City of Jerusalem, the assaults against Palestinian citizens of Israel by the Israeli forces and settlers and most importantly the barbaric bombardment of the Gaza Strip, the strike is part of the popular uprising against Israel’s ongoing policies of occupation, settler-colonialism and the continued ethnic cleansing of Palestinian communities everywhere.

Trade Unions in Scotland are asked to make preparations for the coming weekend of action in our cities and communities, organised and supported by Scottish PSC around a Global Day of Action on Saturday, building on the inspiring global demonstrations this past weekend. Show Palestinians in Gaza and everywhere, again, that they are not alone.

Also supported by the European Trade Union Network for Justice in Palestine. 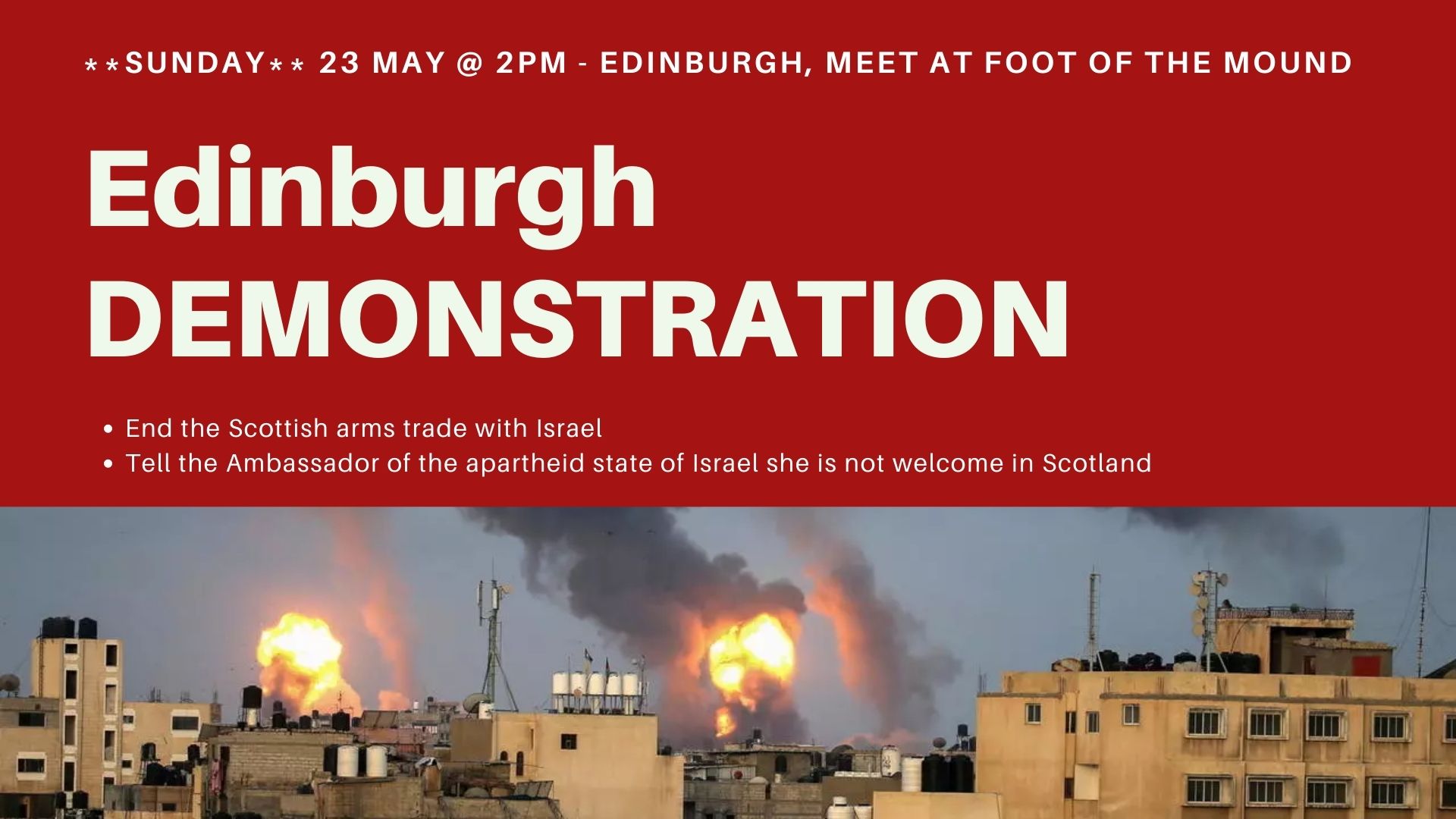