"One constant of political Zionism is the smearing of their victims, the mantra that Palestinian resistance to Israeli ethnic cleansing means wanting to "drive the Jews into the sea". Asking for human rights for Palestinians means, in this common settler-colonial world view, to want genocide. Now here in Scotland, the same smear can be heard from those who support every Israeli house demolition; campaigning to defeat political Zionism in Scotland, we are told, i.e. ending institutional support for Israeli crimes, must mean a commitment to ethnic cleansing of Scottish Jews." 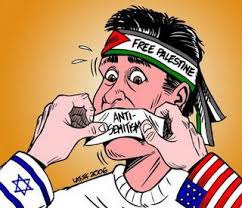 More dangerous efforts by Scottish Zionists backed by the Israeli Embassy in London to conflate hostility to the crimes of the State of Israel with hatred of Jews. It never ceases. The latest effusion from Zionist-led SCoJeC (Scottish Council of Jewish Communities) is drearily familiar for the most part, but it also breaks some new ground in a submission to the All-party Parliamentary Group against Anti-semitism.

Dishonesty, it should be noted, surrounds both the All-party Parliamentary Group against Anti-semitism and SCoJeC. The latest invitation to submit material to the all-party group was sent out by its Chair, John Mann MP. The invitation did not arrive like previous ones over the name of Mann's ex-colleague, Denis MacShane MP, since MacShane, the driving force in the long-term campaign by the Tories and New Labour to smear and criminalise support for Palestine, was recovering from a six month stretch in HMP Brixton for fraud and theft of taxpayers' money.

The quality of the findings of such pro-Israeli campaigns against "anti-semitism" can be gauged by a claim from a 2006 Report of the All-Party Parliamentary Enquiry into Antisemitism that "we received no evidence of the accusation of antisemitism being misused by mainstream British Jewish community organisations and leaders". SCoJeC, however, is listed among the bodies that submit written evidence to these enquiries, and has consistently omitted to inform the various "enquiries" into anti-semitism that they had to pulp 6,000 copies of one of their publications in 2008 after the SPSC initiated legal action for defamation, i.e. wholly unfounded accusations of "demonising Jews".

SCoJeC claims the Scottish independence referendum terrified Scottish Jews because some campaigners "made connections the two (sic), for example attacking Jim Murphy MP in the context of his prominent role in the No campaign for his membership of Labour Friends of Israel. As a result, some people expressed fears that Jewish people might not be safe in an independent Scotland." The usual disingenuous Zionist resort to "some people" might well refer to a handful of political Zionists with an axe to grind, and who accept Zionism's core belief that Jews can never be safe anywhere in the world outside Israel and ought to move there. For Scottish Zionists a political attack on Jim Murphy MP, supporter of austerity politics, aggressive wars and Israel is a form of racism.

Referendum-related incidents included a large banner incorporating a 'blood-stained' Israeli flag, hands dripping with 'blood', with a picture of David Cameron and the slogan "End corruption – vote YES", displayed on a bridge in an area of Glasgow where many Jewish people live; and an abusive personal attack on Jim Murphy MP, one of the most prominent "No" campaigners, by Mick Napier of the Scottish Palestine Solidarity Campaign, who is shown with a large "Yes" poster.

Good luck to whoever flew the anti-Israeli, anti-Cameron, anti-corruption banner referred to, with a graphic expressing the widespread popular revulsion at Israeli massacres. To my regret, however, I wrote no political comment specifically on Jim Murphy, though I did carry a Yes placard on a demonstration. (Zionists never let a fact get in the way of their obsessions).  But I still can't quite grasp how hostility to an odious fellow like Jim Murphy and campaigning for Scottish independence adds up to "antisemitism masquerading under the pretext of political protest" as SCoJeC claims. If that political mixture constituted anti-semitism then Scottish Jews, and the rest of us as well, would be in a very bad place. Genuinely baffled by the thought processes that generated that one.

Jews, to repeat, are a population while Zionism is a political ideology committed to the ethnic cleansing of Palestine and the massacres that are an integral part of that project. The distinction is clear to any sensible person, but the Zionist campaign goes on to conflate the two.

One constant of political Zionism is the smearing of their victims, the mantra that Palestinian resistance to Israeli ethnic cleansing means wanting to "drive the Jews into the sea". Asking for human rights for Palestinians means, in this common settler-colonial world view, to want genocide. Now here in Scotland, the same smear can be heard from those who support every Israeli house demolition; campaigning to defeat political Zionism in Scotland, we are told, i.e. ending institutional support for Israeli crimes, must mean a commitment to ethnic cleansing of Scottish Jews.

SCoJeC stretches credulity to the limit when it claims to believe that an SPSC member, Yvonne Ridley, called for the expulsion of Jews from Scotland (the only country in Western Europe never to have passed anti-semitic legislation).

"The event that has given rise to most concern in the Jewish Community is the outrageous call by Yvonne Ridley "to make Scotland a Zionist-free zone". Since...around 3/4 describe themselves as Zionists, this is a call to expel the vast majority of the Jewish Community from Scotland...SCoJeC [has] reported this noxious example of hate speech to the police...anti-semitism masquerading under the pretext of political protest." 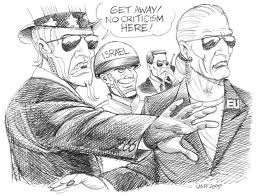 The aim here is clear, and is shared by some leading Tory and New Labour politicians - to categorise legitimate political protest as "anti-semitism" in order to shut down criticism of Israel. Yvonne, a socialist, received no knock on the door from Police Scotland when she called for "a Tory-free Scotland", declaring her hope that voters would kick out the last remaining Tory MP. Nor do we expect one for her public expressed hope that the blight of Zionism, another cruel political ideology, will be defeated in Scotland.

SPSC has always distinguished between people and political systems. Israel is a Jewish supremacist state based on the denial of the most basic human rights to Palestinians under its control. The end of Zionism will mean a liberation for its worst victims, the Palestinian people, but will also liberate Israeli Jews from their otherwise inevitable future as citizens of an increasingly despised Sparta, a small militarised sectarian state increasingly at odds with enlightened world opinion.