"Israel's man in [Scotland] is Ishmael Khaldi, a Palestinian Bedouin who visited Scotland while he was serving as an advisor to Foreign Minister Avigdor Lieberman. Yes, the same Lieberman who has called for the mass murder of Palestinian prisoners held in Israeli jails and said recently that Palestinian citizens of Israel who oppose the state should be "beheaded"; he is said to be furious by Scottish attitudes towards his country."

...The Romans failed to conquer "Caledonia" despite building the Antonine Wall, more of an earthwork really, between the Firth of Forth and River Clyde. It was abandoned after just 20 years. Many stretches of Hadrian's Wall still stand, serving as a stark reminder of the weakness or fallibility of those who seek to occupy and oppress other people. gets its first 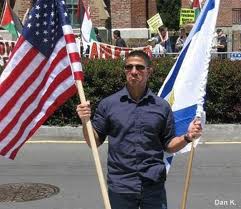 Had they arrived in these islands as visitors – like their Italian descendants in the late 19th and early 20th centuries - and not aggressors I reckon that the amiable Scots would have extended the hand of friendship. The Scottish-Italian community is thought to be around 100,000 strong today and living proof that Scotland is a great place to set up home for those fleeing persecution and hard times elsewhere.

Since then the little country which makes up the northern part of the United Kingdom has had a tumultuous history for standing up to aggressive outsiders and injustice but never lost its reputation for hospitality. No one knows that better than Scotland's long-standing Jewish community, which arrived largely during the 17th century, although it is thought that the first Jews may have come centuries earlier to escape persecution in neighbouring England.

Those who found a safe haven north of the border went on to build Garnethill Synagogue in Glasgow, regarded as the "cathedral synagogue" of Scotland, in 1879-81, two decades before the ideology of political Zionism was conceived. This is very important to note as those who try to conflate anti-Semitism with anti-Zionism ignore such important, historical time lines.

Judaism is a great God-given faith more than 3,000 years old and Zionism is a man-made invention from the late 19th century. The former has always been practised freely in Scotland, which is the only country in Europe where there is no record of state persecution of the Jews; that's a record of which we are all proud. I say "we" because I have also settled in Scotland and I am now proud to call myself a Scot.

Scotland has little time for Zionism, though; while the powerful Friends of Israel lobby has infected all of the mainstream parties in Westminster with its pernicious influence, no Zionist groups have been able to influence the Scottish government or members of the Scottish parliament in Edinburgh.

The Church of Scotland gave a strong and unambiguous reaffirmation recently of its brave 2007 statement of opposition to the pro-Israel religious claims of Christian Zionism; it advised its members to reject them. The national church, which is by far the largest church or religious group in Scotland, is on record for criticising Christian Zionism within a wider repudiation of European colonialism in general. The church rejects any use of the Hebrew Bible to dispossess the Palestinian people.

The Church of Scotland also restated its support for Palestinian human rights, including the right of Palestinian refugees to return to their homeland or be compensated should they, and they alone, decide otherwise. This is in line with Scottish and international public opinion as well as UN resolutions and international law.

Attempts by Zionists to unsettle the established Jewish community in Scotland and urge Jews to flee in the event of Scotland ever gaining independence have also failed. If anything, open support for the Zionist state of Israel is scarce. This point must have hit home in Tel Aviv, for the Israeli government appears to be gearing up for a battle it simply cannot win; using all of its powers of political persuasion (which in Britain are virtually non-existent beyond the Westminster lobby) it has decided to base a diplomat in Scotland.

Israel's man in question is Ishmael Khaldi, a Palestinian Bedouin who visited Scotland while he was serving as an advisor to Foreign Minister Avigdor Lieberman. Yes, the same Lieberman who has called for the mass murder of Palestinian prisoners held in Israeli jails and said recently that Palestinian citizens of Israel who oppose the state should be "beheaded"; he is said to be furious by Scottish attitudes towards his country.

Lieberman hopes that Khaldi will persuade some that Israel is not a state built upon the notion of Jewish superiority, ethnic cleansing and genocide in Gaza, despite all of the evidence to the contrary. South Africa's ousted apartheid regime used the same tactic by persuading some Black Africans to be co-opted in the fight against the anti-Apartheid movement; it failed to convince anyone who had an ounce of concern about human rights and justice.

At one time Lieberman could have counted on his friends in Westminster to rally round and slap down the belligerent Scots but the political landscape is changing fast, and there's a General Election looming. Nicola Sturgeon, Scotland's First Minister and the Scottish National Party's dynamic new leader has pledged that the SNP will reform the "discredited Westminster system" for ordinary people, wherever they live in Britain.

She told a gathering of party faithful in Glasgow at the weekend that a shake-up was needed to bring positive change. The latest polls suggest that the SNP is on course to win most 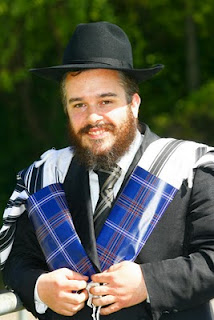 of Scotland's 59 Westminster seats and that Labour and the Conservatives – many of whose candidates are already signed up to their respective Friends of Israel lobby groups - will fail to win an overall majority in the House of Commons in May.

The Scottish nationalists could, therefore, be power brokers in the event of a hung Westminster parliament. The rise of the SNP is certainly a concern to the people in power in Israel, especially those who could once rely on old friends like Tony Blair and Gordon Brown for support. However, with Blair's already doubtful credibility hanging in the balance and Brown stepping down as a Member of Parliament neither can exert the sort of influence needed by the pro-Israel lobby. Both remain patrons of the Jewish National Fund, though, which buys land in occupied Palestine for use solely by Jews; even outgoing Prime Minister David Cameron sought to distance himself from the JNF by quitting as a patron in 2011.

The arrival of a full time Israeli diplomat in Scotland has been greeted with scorn by several pro-justice groups, including the vocal Scottish Palestine Solidarity Campaign. The SPSC's founder and former chair Mick Napier commented: "Pro Israel activists in Scotland have tried bullying and intimidation to roll back the rising commitment to Palestinian freedom. It didn't work with the Church of Scotland which remains committed to supporting the Palestinian right of return and opposing Christian Zionism and it didn't work with the Scottish Trade Union Congress, which supports a full boycott of Israel."

According to Napier, Ishmael Khaldi will claim to represent proof that Israel is not an apartheid state. "However, a country whose biggest city [Glasgow] has Mandela Place in the city centre knows very well that the South African apartheid regime was able to co-opt black figures into co-operating with the regime and had some fighting against the liberation struggle."

Khaldi, continued the veteran campaigner, is a "highly paid stooge", whose posting to Scotland follows an Israeli diplomat's lament that any official representative of Israel in Scotland will be there because the country is regarded as "enemy territory".

"Our Jewish fellow citizens," added Mick Napier, "are an integral part of Scottish society, as are Scottish-Italians. Zionists and Mafiosi are, however, a very different matter, both being supporters of theft, murder and full-spectrum criminality." Ishmael Khaldi, it is obvious, will have a very difficult job to convince the majority of Scots otherwise.