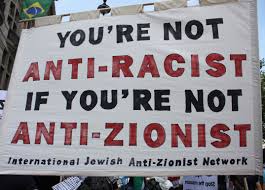 Scottish PSC is not inclined to take seriously the so-called 'research' of a pro-Israel blogger whose primary purpose is to smear organisations that support Palestinian rights (1), to deflect attention away from what Palestinians have to endure on a daily basis – home demolitions, expulsions, killings, torture and threats of genocide from Israeli politicians (2).  This effort is only the latest in attempts to undermine and criminalise the Palestine solidarity movement.  Most recently a Glasgow Sheriff reprised the decision of an Edinburgh colleague in 2010 and threw out absurd charges of racism levelled against two members of SPSC for protesting against Israel's 2014 brutal military attack on Gaza and the complicity of a company involved in the pillage of Palestinian resources (3).

We stand by our record as an anti-racist organisation that actively campaigns in support of the Palestinian call for a campaign of boycott, divestment and sanctions (BDS) against the state of Israel, and the institutions and corporations that are complicit in Israel's violations of Palestinian rights.  We resist attempts to conflate Zionism and Judaism and reject notions that Jews have a natural loyalty and affinity with the state of Israel and the Zionist ideology.

Jewish Human Rights Watch, David Collier and the various pro-Israel organisations working in partnership with the Israeli government are primarily concerned with defending the actions of a state (4), under the guise of ensuring the safety of Jewish communities in the UK. Any attempt to implicate Jews and Jewish communities in Scotland in the crimes of the state of Israel is not only incorrect but also irresponsible and dangerous and should be challenged whenever they are made. This is why we will continue to highlight and educate the public, our members and supporters of Palestinian rights on the history of Zionism, of Palestine and of the reality of Israel's policy of apartheid and continuing colonisation of Palestinian land.

On behalf of Scottish PSC