Last year, socialist stalwart Jeremy Corbyn won the leadership of the UK’s Labour Party by a landslide. Since then, there has been a steady flow of claims by Israel’s supporters that Corbyn has not done enough to combat anti-Semitism. This has only accelerated in the lead-up to a major test for Corbyn, the UK local elections on 5 May. Even as this story was in preparation, two more victims were claimed in the war against his leadership. 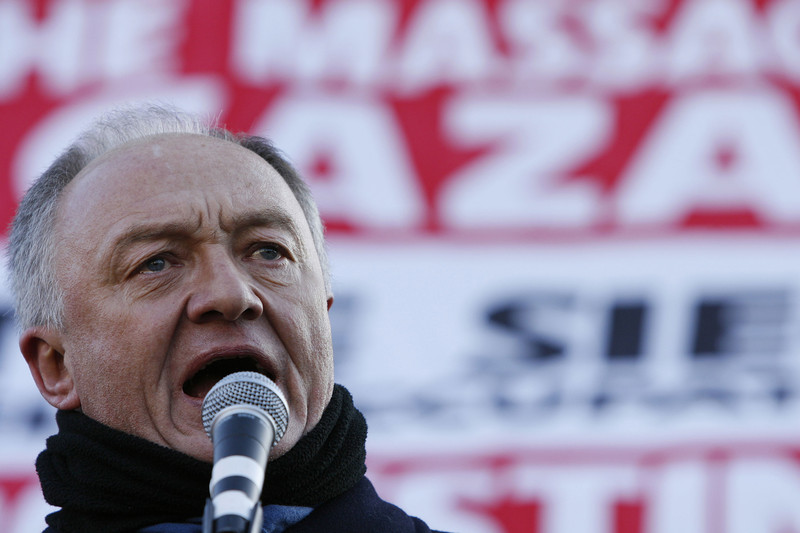 Lawmaker Naz Shah and the former mayor of London, long-time Palestine campaigner Ken Livingstone, were also suspended from the party – within hours of being accused of anti-Semitism. But an investigation by The Electronic Intifada has found that some of the most prominent stories about anti-Semitism in the party are falsified.

The Electronic Intifada can reveal that a key player in Labour’s “anti-Semitism crisis” covered up his involvement in the Israel lobby.

Most Labour members so accused are in reality being attacked for expressing opinions in favor of Palestinian human rights and particularly for supporting the boycott of Israel.

Labour activists, many of them Jews, have told The Electronic Intifada that false accusations of anti-Semitism are being used as a weapon against Corbyn by the party’s right-wing.

Corbyn has been active in the Palestine solidarity movement for more than three decades. In an interview with The Electronic Intifada last year, he endorsed key elements of the Palestinian call for a boycott of Israel. For example, he urged an end to weapons trading with Israel.

His election represented a radical shift in Labour, a popular revolt at the grassroots membership level.

Although Labour’s membership has grown since Corbyn’s victory, he has been under constant attack from right-leaning politicians within the party. In an attempt to weaken his position, some of his critics have manufactured a “crisis” about alleged anti-Semitism. Attacks on Corbyn have escalated in the lead-up to next week’s local elections. Poor results would be seized upon by his enemies within the party. Charley Allan, a Jewish member of the party, and a Morning Star columnist, has described the current atmosphere in the press and Labour Party as a “witch hunt.”

It has reached such an absurd volume that any usage of the word “Zionist” is deemed to be anti-Semitic – although tellingly not when used by self-described Zionists. Where real instances of anti-Jewish bigotry have come to light, the leadership and party machine have taken robust action. According to The Spectator, the party’s general secretary Iain McNicol told a recent meeting of Labour lawmakers that everyone who had been reported for anti-Semitism had either been suspended or excluded.

Corbyn has responded to the media storm by repeatedly condemning anti-Semitism and saying that anyone making an anti-Semitic remark is “auto-excluded from the party.”  John McDonnell, the shadow finance minister and a long-standing Corbyn ally, told The Independent that any party member found by an investigation to be expressing anti-Semitic views should be expelled for life. “If people express these views, full stop they’re out,” McDonnell said.

Smears of anti-Semitism against Corbyn started even before he was elected. During his leadership campaign in the summer of 2015, the establishment media worked itself into a frenzy of anti-Corbyn hysteria, led more than any other paper by the liberal Guardian.  One of the recurring themes in this campaign was Corbyn’s long-standing support for Palestinian human rights. Because of this, attempts were made to say outright, or to imply, that Corbyn was a secret anti-Semite, or that he associated with, or tolerated “notorious” anti-Semites.

Although these hit jobs gained some traction, they were soon debunked, and ultimately seemed to have little impact on the leadership election. This dishonest theme is now being revisited. In February, the slow drip of anti-Semitism scare stories burst into a flood.

This is the first section of a longer investigative article by Asa Winstanley, available here at Electronic Intifada 28 April 2016