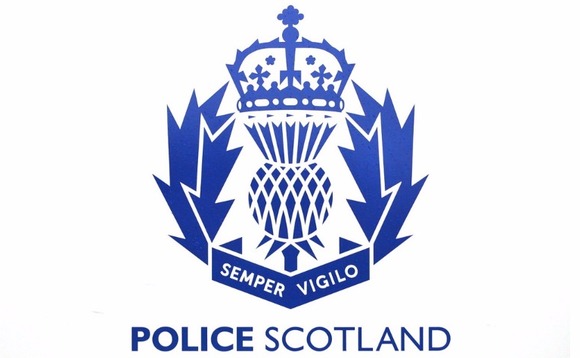 A Police Investigations and Review Commissioner (PIRC) investigation has heavily criticised Police Scotland for their handling of a series of complaints made by Scottish Palestine Solidarity Campaign (SPSC).  PIRC raises concerns that Police Scotland interference in SPSC activities breach group members’ rights to freedom of assembly and to peaceful protest.

The series of complaints relate to incidents in 2016 where police officers were involved in attempts to “intimidate Palestine solidarity campaigners in Aberdeen”, according to Fiona Napier, Chair of the Aberdeen branch of SPSC.  While Police Scotland had failed to uphold any of the complaints submitted, PIRC’s investigation came to a different conclusion. Information made public in PIRC’s findings confirm activists’ concerns over Police Scotland’s response to lawful political protest in Aberdeen.

One of the complaints arose following a late night visit by police officers to an individual’s home address to warn him not to attend a protest at a specified location organised by SPSC for the following day. PIRC found Police Scotland response to aspects of this complaint to be "at odds" with the material evidence available.  The Commissioner also made clear that "the police cannot impose conditions on the location of a peaceful protest that effectively negate the purpose of the protest".

PIRC also found Police Scotland’s grounds for not allowing members of the public entry to a court hearing on 9 September 2016 to be “inadequately reasoned” and instructed Police Scotland to provide a further response “to explain precisely why,  if there were no concerns about the protesters outside the court, a different view was taken about allowing them inside the court building”.

In another incident, on 7 April 2016, a uniformed police officer entered and asked to participate in an SPSC campaign workshop.  Campaigners asked the officer to leave the meeting but PIRC investigations reveal that information gathered by the officer, including an individual’s personal details, was recorded on police systems.  Through a Freedom of Information request SPSC obtained correspondence between Crown Office personnel and a pro-Israel lobby group where details of the SPSC workshop and of an ongoing legal case in Glasgow were discussed.  The unnamed individual reported to the Crown Office contact that “our colleagues in Aberdeen have reported this [meeting] to the local police, who are taking the matter very seriously”.

PIRC have instructed Police Scotland to consider whether their actions were lawful and proportionate and adhere to the European Convention on Human Rights (ECHR).  In particular, Police Scotland are asked to consider breach of individual rights in relation to Article 8 (Right to respect for private and family life) and Article 11 (Freedom of assembly and association).

Sofiah MacLeod, National Chair of SPSC says that the PIRC investigation and Freedom of Information documents reveal a pattern that should be a cause of concern for all human rights campaigners:

“We already know that the Israeli government is trying its best to influence governments to turn a blind eye to Israel’s brutal apartheid policies and occupation of Palestine and to criminalise Palestine solidarity actions.  The Priti Patel scandal and the Al Jazeera exposure of the Israel lobby in the UK have revealed much of what is going on.  SPSC investigations confirm that the pro-Israel lobby is working with some success in Scotland to influence the Crown Office, Police Scotland, Scottish Government and other institutions.  We welcome the PIRC conclusions and await a further response from Police Scotland - in the meantime, we call on all those who value free speech and the right to protest to take steps to ensure that institutions and public bodies are not used to protect the actions of a rogue state and its violations of human rights and international law.”

While concluding that three other SPSC complaints were handled to a “reasonable standard”, PIRC found that some of Police Scotland’s responses to the investigation were “ambiguous” and contained “shortcomings”.  PIRC does point out, however, that Police Scotland “appears to have recognised” that “there were other methods the police could have used to gather the necessary information in order to facilitate any future protest”.