The past few months have seen voices raised from within the media and Westminster establishment concerning the supposed culture of anti-semitism nurtured under the leadership of Jeremy Corbyn. This has reached a peak today with the suspension of former Labour Mayor of London Ken Livingston, from the party. But, what is anti-semitism and how does that relate to Zionism and the state of Israel? In this article, originally written for Italian newspaper Il Manifesto in 2004, Tariq Ali analyses the history of anti-semitism in light of the similar allegations of anti-semitism thrown towards critics of Israeli state policy in continental Europe twelve years ago. The same type of argument has now reached Britain. 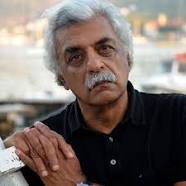 1. Anti-semitism is a racist ideology directed against the Jews. It has old roots.

In his classic work, The Jewish Question, A Marxist Interpretation, that was published posthumously in France in 1946, the Belgian Marxist, Abram Leon, (active in the resistance during the Second World War, he was captured and executed by the Gestapo in 1944) invented the category of a ‘people-class’ for the role of the Jews who managed to preserve their linguistic, ethnic and religious characteristics through many centuries without becoming assimilated. This was not unique to the Jews, but could apply just as strongly to many ethnic minorities: diaspora Armenians, Copts, Chinese merchants in South East Asia, Muslims in China, etc. The defining characteristic common to these groups is that they became middlemen in a pre-capitalist world, resented alike by rich and poor.

Twentieth century anti-semitism, usually instigated from above by priests (Russia, Poland), politicians/intellectuals (Germany, France and, after 1938, Italy), big business (USA, Britain), played on the fears and insecurity of a deprived population. Hence August Bebel’s reference to anti-semitism as ‘the socialism of fools’. The roots of anti-semitism like other forms of racism are social, political, ideological and economic. The judeocide of the Second World War, carried out by the political-military-industrial complex of German imperialism, was one of the worst crimes of the twentieth century, but not the only one. The Belgian massacres in the Congo had led to between 10-12 million deaths before the First World War. The uniqueness of the judeocide was that it took place in Europe (the heart of Christian civilization) and was carried out systematically— by Germans, Poles, Ukrainians, Lithuanians, French and Italians— as if it was the most normal thing in the world. Hence Hannah Arendt’s phrase, ‘the banality of evil.’ Since the end of the Second World War popular anti-Semitism of the old variety declined in Western Europe, restricted largely to remnants of fascist or neo-fascist organisations.

In Poland, a country where virtually all the Jews were killed, it remained strong, as it did in Hungary. In the Arab world there were well-integrated Jewish minorities in Cairo, Baghdad and Damascus. They did not suffer at the time of the European judeocide. Historically, Muslims and Jews have been much closer to each other than either to Christianity. Even after 1948 when tensions rose between the two communities throughout the Arab east it was Zionist provocations, such as the bombing of Jewish cafes in Baghdad that helped to drive Arab Jews out of their native countries into Israel. 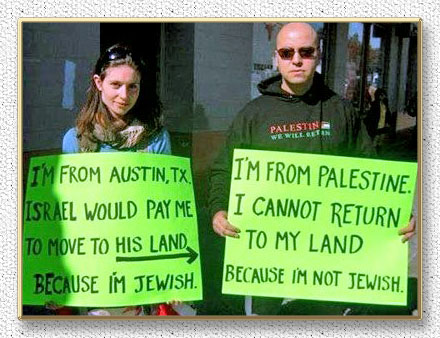 2. Non-Jewish Zionism has an old pedigree and permeates European culture.

It dates back to the birth of Christian fundamentalist sects of the 16th and 17th centuries who took the Old Testament literally. They included Oliver Cromwell and John Milton. Later, for other reasons, Rousseau, Locke and Pascal joined the Zionist bandwagon. And then for vile reasons the Third Reich, too, supported a Jewish homeland. The introduction to the Nuremburg Laws of 15 September 1935 state:

“If the Jews had a state of their own in which the bulk of the people were at home, the Jewish question could already be considered solved today, even for the Jews themselves. The ardent Zionists of all people have objected least to the basic ideas of the Nuremberg Laws, because they know that these laws are the only correct solution for the Jewish people.”
Many years later, Haim Cohen, a former judge of the Supreme Court of Israel stated:

“The bitter irony of fate decreed that the same biological and racist argument extended by the Nazis, and which inspired the inflammatory laws of Nuremberg, serve as the basis for the official definition of Jewishness in the bosom of the state of Israel” (quoted in Joseph Badi, Fundamental Laws of the State of Israel NY, 1960, P.156)

And Zionist leaders often negotiated with anti-semites to attain their objectives: Theodor Herzl talked openly with Von Plehve, the chief organiser of pogroms in Tsarist Russia; Jabotinsky collaborated with Petlura the Ukrainian hangman of the Jews; ‘revisionist’ Zionists were friendly with Mussolini and Pilsudski; the Haavara agreements between the Zionists organisations and the Third Reich agreed the evacuation of German-Jewish property.

Modern zionism is the ideology of secular Jewish nationalism. It has little to do with Judaism as a religion and many orthodox Jews to this day have remained hostile to Zionism, like the Hassidic sect which joined a Palestinian march in Washington in April 2002 carrying placards which said: “ZIONISM SUCKS” and “SHARON: PALESTINIAN BLOOD IS NOT WATER”. Zionism was born in the 19th Century as a direct response to the vicious anti-semitism that pervaded Austria. The first Jewish immigrants to Palestine arrived in 1882 and many of them were interested only in maintaining a cultural presence. There is no such thing as the ‘historical rights’ of Jews to Palestine. This grotesque myth (already in the 17th century, Baruch Spinoza referred to the old testament as ‘ a collection of fairy-tales’, denounced the prophets and was excommunicated by the Amsterdam synagogue as a result) ignores real history. Long before the Roman conquest of Judea in 70 AD, a large majority of the Jewish population lived outside Palestine. The native Jews were gradually assimilated into neighbouring groups such as the Phoenicians, Philistines, etc. Palestinians are, in most cases, descended from the old Hebrew tribes and genetic science has recently confirmed this, much to the annoyance of Zionists.

Israel was created in 1948 by the British Empire and sustained by its American successor. It was a European settler-state. Its early leaders proclaimed the myth of a ‘A Land without People for a People without Land’, thus denying the presence of the Palestinians. Four weeks ago the Zionist historian Benny Morris in a chilling interview with Haaretz (reprinted as a document in English in the New Left Review, Mar/Apr 2004)admitted the whole truth. 700,000 Palestinians had been driven out of their villages by the Zionist army in 1948. There were numerous incidents of rape, etc. He described it accurately as ‘ethnic cleansing’ not genocide and went on to defend ethnic cleansing if carried out by a superior civilization, comparing it to the killing of native Americans by the European settlers in North America. That too, for Morris, was justified. Anti-semites and Zionists shared one thing in common: the view that Jews were a special race that could not be integrated in European societies and needed its own large ghetto or homeland. The fact that this is false is proved by the realities of today. The majority of the world’s Jews do not live in Israel, but in Western Europe and North America.

3. Anti-Zionism was a struggle that began against the Zionist colonisation project and intellectuals of Jewish origin played an important part in this campaign and do so to this day inside Israel itself.

Most of my knowledge of Zionism and anti-Zionism comes from the writings and speeches of anti-Zionist jews: Akiva Orr, Moshe Machover,Haim Hanegbi, Isaac Deutscher, Ygael Gluckstein (Tony Cliff), Ernest Mandel, Maxime Rodinson, Nathan Weinstock, to name but a few. They argued that Zionism and the structures of the Jewish state offered no real future to the Jewish people settled in Israel. All they offered was infinite war. After 1967, there was a revival of the Palestinian national movement and many different groups arose, most of whom were careful to distinguish between anti-Zionism and anti-semitism. Nonetheless the role played by Israel undoubtedly fuelled popular anti-semitism in the Arab world. But these are not old roots and a sovereign Palestinian homeland or a democrat single state would soon bring this to an end. Historically, there have been very few clashes between Jews and Muslims in the Arab Empires.

4. The campaign against the supposed new ‘anti-semitism’ in Europe today is basicly a cynical ploy on the part of the Israeli Government to seal off the Zionist state from any criticism of its regular and consistent brutality against the Palestinians.

The daily hits carried out by the IDF have wrecked the towns and villages of Palestine, killed thousands of civilians (especially children) and European citizens are aware of this fact. Criticism of Israel can not and should not be equated with anti-semitism. The fact is that Israel is not a weak, defenceless state. It is the strongest state in the region. It possesses real, not imaginary, weapons of mass destruction. It possesses more tanks and bomber jets and pilots than the rest of the Arab world put together. To say that the Zionist state is threatened by any Arab country is pure demagogy. It is Israel that creates the conditions, which produce suicide bombers. Even a few staunch Zionists are beginning to realise that this is a fact.. That is why we know that as long as Palestine remains oppressed there will be no peace in the region.

5. The daily suffering of the Palestinians does not excite the liberal conscience of Europe, guilt-ridden (and for good reason) by its past inability to defend the Jews of central Europe against extinction. But the judeocide should not be used as a cover to commit crimes against the Palestinian people. European and American voices should be heard loud and clear on this question. To be intimidated by Zionist blackmail is to become an accomplice of war-crimes.