'The boycott of Israeli academic institutions is... a moral duty rather than a moral offence.'

Tom Hickey is a Principle Lecturer in Aesthetics and Political Economy at the University of Brighton and member of the British Committee for the Universities of Palestine (BRICUP) that was established 5 years ago by Professors Hilary and Steven Rose.

Tom is also an elected member of the National Executive Committee of the University and Colleges Union (the UCU) which represents university and college teachers in the UK. With 120,000 members, the UCU is the biggest tertiary education union in the world.

After four years of debate at its annual congresses, the UCU Congress this year voted overwhelmingly in favour of the policy of boycott, disinvestment and sanctions, and decided to hold an international trade union conference this December to discuss how to advance this policy. 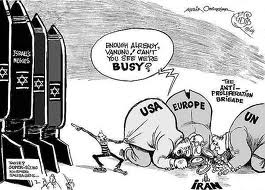 What Butler was writing about in 2004 was Israeli policy and its criticism, and of Zionism and the criticism of it, particularly in relation to the charge of anti-Semitism that any such criticism ritually provokes. The challenge that this raises is dual: firstly, what kinds of ideas and positions can be permitted in public space; and secondly, how is it that ‘public space’ is so defined by exclusions from it, and the patterns of censoriousness (if not censorship) that operates within it?

One such public space is the Academy.

In the academy today we are facing a series of major challenges to academic freedom. The first set of these are most obviously political.

In the UK, we have recently witnessed the incarceration of a PhD student for downloading part of the Al-Quaida manual – despite the fact that the student was researching terrorism, was following his supervisor’s advice, and was downloading it from the US State Department website. We have witnessed anti-terrorist swoops on university campuses to arrest suspects who are then never charged with an offence but are immediately deported from the country.

As tutors, we are now being pressurized to report suspicions about colleagues and the attendance records of overseas students, thus transforming academic staff into extensions of the border police and immigration officers. Finally, in the UK as in France, we are facing the creep of the new confessional racism in the form of attempts to ban the burka and the veil.

Yet we also face a series of difficult questions in relation to the idea of academic freedom and the governance of the academy:
• to whom is such freedom to be extended;
• what is the ambit of that freedom;
• what is to be done if the principle of universality that underpins it is undermined by the very exercise of that freedom in practice?

All of these questions are sharply condensed by the debate over proposals to boycott Israeli academic institutions.

But first let me return to Butler. Her concern in the article is the way in which the charge of anti-Semitism is used to silence all criticism of Israel – whether of Israeli policies, the Israeli occupation of the West Bank, its treatment of the people of the occupied territories, its treatment of the Palestinian Arab citizens of Israel, and, of course, any more general criticism of the Zionist project. All and any such criticism provokes the charge.

Anti-Semitism! No label, she observes, could be worse for a Jew. But her remark could be extended: ‘No accusation could be worse or more hurtful for an anti-racist and an anti-fascist whether she be a liberal or a socialist.’ The motivation for the criticism of Israel is, of course, exactly the reverse of that implied by the accusation. Such criticism emerges precisely from the ethos that is derived from historical sensitivity to the Nazi Judeocide.

That ethos, that historical lesson of European fascism is that silence in the face of oppression is complicity with that oppression. Not to speak out is to become a collaborator with illegitimate and violent power. That is the relevant ethos for every Jew who carries the legacy of the Shoa as part of their identity. It is the ethos for every anti-racist for whom the Holocaust was one of the outcomes of a failure to prevent the rise of Nazism to power.

The charge of Anti-Semitism, however, is used to quell public criticism. It is used to suppress that ethos. The confusion and conflation of criticism of Israel with hatred of Jews serves a double function: it tends to silence critics who may be understandably reluctant to be tarnished with that label; and it renders the criticism of Israel literally ‘unhearable’ by most Israelis and supporters of Israel. The criticisms are audible to them but are not admitted to significant discourse – they are ‘unhearable’. The criticism is effectively obscured by the presumption of racial malice.

In the UCU, we have faced all of these accusations, and we have resisted them. We have striven to focus our attention on two things. First, was the plight of the Palestinians in the illegally occupied territories, and the systematic denial to them not only of any vestige of academic freedom but even anything resembling a normal education. We described the Israeli-only network of roads that has discontiguated the West Bank, the apartheid wall, the destruction of Palestinian agriculture, the growth of illegal settlements, the discriminatory abduction of Palestinian water, and the check-points designed to render daily life unbearable.

Second, was the complicity of Israeli academic institutions in the maintenance and extension of the occupation. We focused on the role of jurists and anthropologists in legitimizing the occupation, the role of engineers and AI specialist in designing the drones and missiles, the role of psychologist and medics in designing torture regimes and collective punishments, and of philosophers in providing rationalizations. We documented the variety of research and educational activity conducted by Israeli universities on illegally occupied Palestinian land.

Signally, no Israeli academic institution, and no department, and no disciplinary grouping of scholars has ever condemned the occupation or distanced themselves from it. Israeli academic institutions are thus both active participants in the occupation, and silent, and hence collusive, witnesses of it. Moreover, the work of sociologists and historians, with only the rare exceptions, contributes to the extension of the founding myth of the Israeli state: ‘a land without a people for a people without a land’. If that myth conveniently eradicated the Palestinian people, the practice continues today in the form of the continuing attempt to extirpate a whole people – not an attempt physically to annihilate them but rather to deny the existence of their culture and their history; to disappear them from history.

In these circumstances, we concluded, it was the moral and political duty of concerned academics everywhere to boycott those Israeli institutions that fail to terminate their military contracts, and that fail publicly to condemn the occupation and to dissociate themselves from it.

This paralysis only descends on us, however, if academic freedom, as a universal principle, is taken to be absolute. But no such principles are ever absolute. A society or community or institution may be committed to free speech - but not absolutely committed. It is not thereby committed to allowing ‘hate speech’. A society may be committed to freedom of belief and association, and thus opposed to bans on political parties, however odious their policies, but that does not prevent such a society from declaring membership of some organizations (fascist and racist organizations, for example) to be incompatible with work in some occupations (teaching, medicine, the police, social care, etc.).

So too with academic freedom. Only in exceptional circumstances should that principle be infringed. Those circumstances are where general ethical and political considerations must take precedence over academic considerations. The case of Israel’s treatment of the Palestinians, and the complicity of Israeli institutions in that treatment is such a case.

The boycott of Israeli academic institutions is thus a moral duty rather than a moral offence. It is not a boycott aimed at individual Israeli academic colleagues – even if they personally support the occupation. It is targeted at the institutions that are systematically engaged in the support of the occupation. It is not targeted at individuals because part of the purpose is precisely to engage Isreali colleagues in debate, and to encourage them to speak out against what is being done in their name, and by the institutions for which they work.

The boycott is not aimed at any particular outcome – a one-state or a two-state solution. That is a matter for Palestinians and Israelis themselves. The imposition of such external requirements is, after all, part of the historical problem. Had not the maintenance of the Israeli state been in the interests of Western Imperialism, it would not have received the enormous financial and military support on which its continued existence since 1948 has required. External influences that attempt to dictate outcomes, even if in a different register, are unlikely to be helpful.

These are the reasons why even some Israeli scholars are now speaking out in favour of the boycott. It is why the Canadian intellectual and activist, Naomi Klein spoke in favour of it last week when she launched her latest book (published in both Arabic and Hebrew) in the West Bank villare of Bil’in. “Boycott is a tactic”, she said. “we’re trying to create a dynamic which was the dynamic that ultimately ended apartheid in South Africa.” That is why the campaign is now also developing around the cultural boycott of Israel – the recent success of Ken Loach at the Edinburgh Film Festival, the campaign against the Lenoard Cohen concert tour that is scheduled to visit Tel Aviv, and the campaign mounted by John Berger and other in the arts.

That is why we in the UCU are organizing a conference this coming December in London for all trade unionists committed to BDS in the academiy and in the arts and sciences, and in commerce. It will be an attempt to build a worldwide movement for justice for the Palestinians. We hope that you will attend and that you will participate.