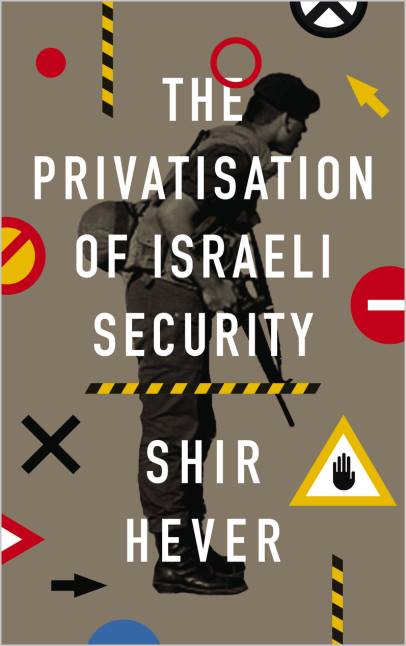 SPSC believes its crucial not just to get angry at Israel's ethnic cleansing of the Palestinian people but to take effective, collective action based on an understanding of the forces at work in the Middle East, Washington and Europe. That's why we bring experts in their fields to sustain an informed conversation in Scotland on Palestine.

Shir Hever is an economic researcher based at the Alternative Information Centre in Jerusalem. He is the author of The Privatisation of Israeli Security (Pluto, 2017) and The Political Economy of Israel's Occupation (Pluto, 2010).

In this latest book he considers the impact of Palestinian resistance to Israeli occupation, U.S. military aid and the rise of neoliberalism in Israel, to explain dramatic changes in Israeli security policy, i.e. repression of the Palestinian.
He shows how the Israeli security elites turn violence into a commodity in order to preserve their status and wealth.

Between 1994-2014, Israel’s security service was transformed, becoming one of the most extreme examples of privatised security in the world. This book is an investigation into this period and the conditions that created ‘Occupation Inc.’: the institution of a private military-security-industrial complex. State sponsored violence is increasing as a result of this securitisation, but why is it necessary, and what are its implications? In this book, Shir Hever considers the impact of the ongoing Palestinian resistance to Israeli occupation, the influence of U.S. military aid and the rise of neoliberalism in Israel, to make sense of this dramatic change in security policy. Through the lens of political economy, this book shows how the Israeli security elites turn violence into a commodity in order to preserve their status and wealth, providing a fresh new perspective on the Israeli occupation.

This is highly relevant in Scotland as Israeli hyper-surveillance systems (NICE Safe Cities Solutions) are piloted in Glasgow.

Shir Hever is an "engaged intellectual" par excellence. As a political economist and activist, he is well-placed to explore a little-known but key facet of Israel's occupation: the privatization of Israeli security and the economic and political benefits that accrue from both Israel's Occupation and its constant state of militarism.
Jeff Halper, author of War Against the People: Israel, the Palestinians, and Global Pacification
Shir Hever has emerged as one of the most incisive analysts of the critical Israeli Left.
Prof. Jonathan Nitzan, York University