There is no doubt that Lt. Col. Cristal sees himself in the front line of an attack on the political positions of all UK trade unions and even solidarity with Palestine generally. On August 18 he tweeted, “I'm going into the legal battle. Those who choose to boycot will pay the price”.

Another British trade union, this time UNISON, is under attack for adopting positions of support for Palestinian rights and responding to the Palestinian appeal for boycott, divestment and sanctions (BDS) against Israel until it ends its occupation and dispossession of the Palestinian people. The Israeli Embassy in London is involved in the attack. 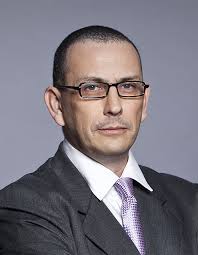 In March of this year, an employment tribunal rebuffed a claim by pro-Israeli members of the UCU (University and College Union) that the union was ‘anti-semitic’ for supporting Palestinian rights. That initiative failed dismally but the Israeli Foreign Ministry and London Embassy are again at work to smear trade union opposition to Israeli crimes as racist. In this current attack, Lt. Col. (Res) Moty Cristal, a high profile member in the Israeli Army Crisis Negotiation Unit, is suing UNISON as well as Manchester Mental Health & Social Care NHS Trust for withdrawing an invitation to him to speak, an invitation extended before UNISON members were aware of his role in Israel’s notorious army.  Lt. Col. Cristal, who supports the use of white phosphorous against densely populated Gaza, is suing for exemplary financial damages for the “injury to feelings” the withdrawal of the invitation has caused him.

There is no doubt that Lt. Col. Cristal sees himself in the front line of an attack on the political positions of all UK trade unions and even solidarity with Palestine generally. On August 18 he tweeted, “I'm going into the legal battle. Those who choose to boycot will pay the price”.

A victory for Lt. Col. Cristal and the Israeli Embassy would shore up Israel's crumbling strategy of isolating Palestinians under Israeli occupation so that the bulldozers and death squads that Cristal defends can go about their grisly business. The UK Government works to keep Palestine out of the United Nations, and sells arms to the Zionist State, while the Israeli Embassy and its supporters try to use the UK legal system to criminalise solidarity with the long-suffering Palestinian people.

The effort to conflate support for the Palestinian BDS call with anti-semitism boils down to a claim that opposition to the crimes of the Israeli state is actually driven by hatred of Jews or hostility to all Israelis. It is counter-factual, but at least it switches the topic away from Israel’s indefensible crimes, an explicit Zionist aim.

Zionists work to portray the anger directed at genocidal Israeli settlers or the murderous Israeli Army as hostility to all Jews or Israelis – as if opposition to the Mafia was anti-Italian, or bringing certain war criminals to the Hague was hostility to Serbs as a people. Or, bizarrely, that opposition to South African apartheid involved hatred of all white people.  Sometimes Zionist organisations fabricate anti-semitism for their own ends.

True to form, the Zionist counter-attack airbrushes out the institutional links of Lt. Col. Cristal, and claims that he is being boycotted merely because he is an Israeli. 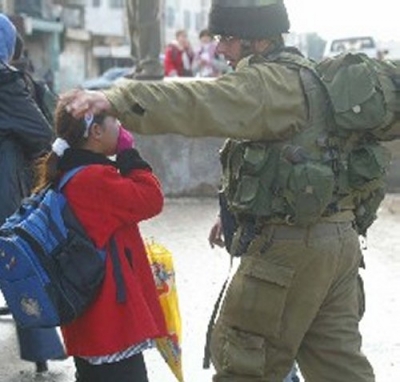 Lt. Col. Cristal, as it happens, is a deeply unpleasant character; in August, for example, he criticised Israeli PM Netanyahu from the right for releasing a hundred Palestinians from among the thousands held illegally in Israel’s prison system, calling the prisoner release an “evil”. He also advocates continuing the brutal siege of Gaza. His politics, however, is not an issue in this case; he is being boycotted for his status as a high ranking functionary in an army and state that commits war crimes and crimes against humanity. The BDS campaign ignores private Israeli citizens, even those with such nasty politics.

In a precedent-setting trial in Edinburgh in April 2010 Sheriff James Scott ruled that actions such as comments “clearly directed at the State of Israel, the Israeli Army...” and not targeted at “citizens of Israel” per se were protected by Article 10(1) rights to freedom of speech. It is UNISON’s right and duty to refuse to provide a platform for a spokesman for the Israeli Army which is guilty of such egregious human rights violations.

It is worth noting the effrontery of those prosecuting UNISON. Dinah Rose QC is Lt. Col. Cristal’s legal representative. Ms Rose said her client’s treatment was a form of racial discrimination which bans unequal treatment on grounds of nationality. She is quoted as saying: “He is an Israeli national and of Jewish ethnic origin. This case is very important to Professor Cristal.” Lt. Col. Cristal himself said, “I’m...deeply disappointed from a national point of view”.  A spokesman for the Israeli Embassy in London told the Israeli daily Haaretz that “the embassy occasionally helps Israelis confronted with discrimination on the basis of their nationality”.

The QC ought to have carried out some minimum research into the case; she would have discovered that it is highly problematic for anyone to claim discrimination on the basis of their “Israeli nationality”. The Embassy spokeman and Lt. Col. Cristal know well that “Israeli nationality” is denied them by the law of Israel, where over 130 different nationalities are available to citizens of the State of Israel, including 'Burmese', 'Buddhist', and Russian, but not, under any circumstances, is “Israeli nationality” permitted.

Yes, you read that previous paragraph correctly! The State of Israel forbids “Israeli nationality” for any citizen. Each Israeli is forced to accept either “Jewish nationality”, which confers significant economic, social, political, and residential privileges, or one of over a hundred other “nationalities” that mark the individual citizen out as a non-Jew in a self-styled “Jewish State”. The more than one million Palestinian citizens of the State of Israel, for example, are excluded residentially from most of Israel’s land surface; huge areas are reserved for exclusively Jewish residence.

So UNISON is being attacked by an Israeli Army official who claims he is being discriminated against on the basis of his “Israeli nationality” - a status that is legally prohibited in Israel.

The attack on UNISON, however, is the second attack on a British trade union this year and is an attempt to smear all who support Palestinian rights, in unions, churches, Scottish local authorities, or campaigning groups.

An injury to one is an injury to all. Please move a resolution of support for the decision to withdraw the invitation to Lt. Col. Moty Cristal, in response to the BDS call from Palestine.