"Our struggle against the massacres of Palestinians is conducted by exclusively peaceful means but it must be a struggle, a determined struggle, against a well-resourced and ruthless coalition of enemies – Zionists, arms companies, governments and corporations united behind Israel and its crimes." 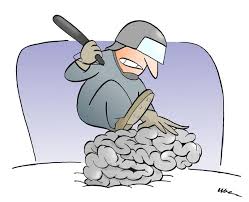 Having long ago decisively and irreversibly lost the battle for public opinion worldwide, supporters of Israel have turned for help to allies in the state machinery. Their aim is to criminalise political free speech and actions that support Palestinian rights and oppose the widely recognised crimes of the Israeli State.

A sinister and potentially far-reaching step in this battle is the recent move by the Court of Cassation in Paris to criminalise the burgeoning and determined support that exists in France for the Palestinian call for Boycott, Divestment and Sanctions (BDS) to force Israel to end its colonisation and dispossession of the Palestinian people. The Court legally privileged Zionism over other democratic political opinions, and endorsed the Zionist political claim that opposition to the Jewish-supremacist State of Israel is a variety of anti-Semitism. Twelve human rights activists have been held guilty of a politically manufactured crime and the Court has held out the possibility of such activities being punished by imprisonment or a fine of up to £30,000. Leading French Zionists have celebrated this “victory” and called for other European governments to follow suit.

The BDS movement has been crystal clear from its launch that we oppose a system of Jewish ethnic and religious supremacy in the Israeli State and society and not Jews as a population, just as hostility to White supremacy in South Africa until 1989 was not based on enmity towards legally “White” people there or anywhere.

The world-wide BDS effort has grown over the decade since its formal launch into a challenge to the ability of the Israeli State to forever crush Palestinian aspirations to freedom by means of overwhelming violence. The various attacks on BDS from political and government elites are a sign of weakness on the part of the pro-Israel forces, not of strength.

Repression of anti-colonial movements is always extremely, sometimes genocidally, violent against the colonised. Inside Europe the repression usually takes legal forms - fines and jail sentences to intimidate and terrorise human rights supporters, but murderous violence is always an option. Only 200 metres from the Palais de Justice where the learned French judges on October 20th criminalised BDS political activity, a wall of the Pont St Michel has a very small plaque which reads: “In memory of the numerous Algerians killed during the bloody suppression of the peaceful demonstration on 17 October 1961.” The “numerous” refers to the hundreds of anti-colonial demonstrators who were tortured and murdered by the Paris police, many of them thrown into the Seine to drown. The judges are aware that they are continuing a long tradition of suppressing outbreaks of solidarity between French citizens and the colonial slaves.

Our only response to the current attacks should be unity against all attacks on our right to political free speech. The rights we have enjoyed that are now under attack were won by an earlier cohort of courageous women and men and we have to defend them during our watch or lose them for ourselves and those who follow for whom we hold them in trust.

Our struggle against the massacres of Palestinians is conducted by exclusively peaceful means but it must be a struggle, a determined struggle, against a well-resourced and ruthless coalition of enemies – Zionists, arms companies, governments and corporations united behind Israel and its crimes.

In the governments of Britain, France and the USA, support for Israeli violations of the Palestinian people is extreme and long-standing. This complicity in Israel’s serial massacres and never-ending dispossession have prompted the call from Palestinian civil society for our support through peaceful democratic campaigning for BDS.

Our governments are raising the stakes by criminalising our political convictions, leaving us no alternative but to rise to that challenge. Repression may successfully silence the more timid elements, but if we stand our ground we will attract more than enough resolute replacements.

“First they ignore you, then they laugh at you, then they fight you, then you win.” Gandhi’s famous dictum is incomplete; we are now clearly at the third stage – the Zionist sneering is gone – and the opposition is fighting back through repression and attacks on civil rights. Progress to victory, however, is not guaranteed for it depends on our being steadfast under attack and strategic in seeing how only a successful defence during this stage can open up the road to subsequent advance.
Scottish Palestine Solidarity Campaign