In a carefully chosen legal ruling that supporters of Israeli ethnic cleansing and massacre need to reflect on before bleating about the anger they arouse for their political positions, the tribunal judges rebuked pro-Israel activist Ronnie Fraser that “He chooses to engage in the politics of the union in support of Israel and in opposition to activists to the Palestinian cause. When a rugby player takes the field he must accept his fair share of minor injuries. Similarly, a political activist accepts the risk of being offended or hurt on occasions by things said or done by his opponents (who themselves take on a corresponding risk).”

Mick Napier
23 November 2015
The article “Scottish university staff accused of anti-Jewish discrimination” in The Herald violates basic canons of journalism: it presents allegations without any checks; repeats baseless claims already tested in law and rejected; publicises vague innuendo from a politically-driven Zionist organisation with a dangerous agenda of implicating all Scottish Jews in the war crimes of the State of Israel. We see again the conflation of justified hostility to Israeli State behaviour with hostility to Scottish Jews.

The target this time is Scottish academics. “Scottish university staff accused of anti-Jewish discrimination” is the headline under a photograph of students holding a placard saying “End the siege of Gaza” and “Freedom for Palestine” strongly suggesting a link between the two. 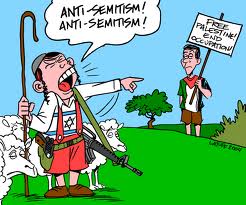 heck their sources. If the writer had made the effort to check the bona fides of SCoJeC (Scottish Council of Jewish Communities) he would have uncovered their history of making unfounded allegations of anti-semitism. In 2008, to take one example, SCoJeC furtively inserted material into a Scottish Government-supported publication, Scotland’s Jews, immediately prior to printing and after the content had been checked by Scottish Government lawyers and a supportive preface had then been added by First Minister Alex Salmond. The material inserted after agreement with the Scottish Government alleged that SPSC “demonised Jews”; the books had to be recalled and pulped after SPSC brought the matter to the attention of the First Minister, who was not well pleased at the dishonesty involved and the prospect of his being dragged into the defamation trial we planned.

Before publishing SCoJeC’s claims, a journalist should have checked the reliability of their source by asking to speak directly to some of the individuals referred to in the report and even question others to evaluate its accuracy. The journalist could have contacted the helpful staff at the First Minister’s office and discussed SCoJeC’s shocking role in the doctoring of the manuscript and the subsequent pulping of every copy of Scotland’s Jews.

SCoJeC alleges such intense “discrimination” in Scotland against “Jewish students” that some feel forced to deny or conceal their Jewishness. If this were the case, it would be a scandal, but anti-racist campaigners would urge students suffering discrimination to speak out publicly to enable them to seek and win support to oppose the culprits and the crime. By the alleged victims remaining anonymous, the alleged abuse cannot be dealt with and doubt must remain that SCoJeC, given its record of sleekit falsification, is resorting to the standard Zionist strategy of raising or inventing incidents of anti-semitism to divert attention away from Israel’s violations of Palestinian rights, the decades-long reign of terror against an entire people, and serial crimes against humanity that are supported by political Zionists.

SCoJeC sees compulsory university classes on Friday evening and Saturday as evidence of anti-semitism. It’s a while since I’ve been a student at university but I don’t remember any Saturday or Friday evening classes, but if that is now a problem it can surely be discussed and hopefully resolved. (I’m sure religious Jews could find many secular allies in opposing such late-Friday and weekend classes!)

The unnamed student(s) allegedly reporting discrimination to SCoJeC may well be the same American Jewish woman studying for a Masters at a university in Edinburgh whom Nigel Goodrich of Friends of Israel claims to have met. On a Christian fundamentalist TV broadcast on 24 July this year, Goodrich reported (12:35 in) the woman telling him “that her professor said to her that he had failed two of her essays because she is Jewish and supports the State of Israel”. 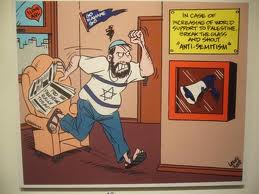 Goodrich’ claim is unlikely to be true, since even a nasty bigot professor of the type that he claims is loose in an un-named university in Edinburgh would be unlikely to advertise his flouting of all academic norms. The claimed anti-semitism, however, would undoubtedly be a crime and should have been reported to Police Scotland (as well as the relevant academic board and other university authorities). Has the alleged crime been reported to Police Scotland? Some of us have become de-sensitised to these incessant attacks on supporters of Palestinian rights as anti-semitic but we didn’t expect The Herald to promote the smear campaign.

SCoJeC claims it has evidence that university staff “criticised student work on Israel because they did not agree with the point of view being expressed”, but this is part of the job description, as long as evaluation is based on suitable criteria of course.

The article reports that four “Jewish academics in Scotland quit the UCU lecturers' union over its stance on the definition of anti-Semitism”, but omits to mention the scathing verdict of the judges at an employment tribunal in March 2013 who rejected in detail and at length the claim that the UCU was in any way anti-semitic. In a legal precedent that others might ponder before giving too much credibility to SCoJeC’s conflation of anti-Israeli campaigning with anti-semitism, trial judges “dismissed in their totality” all the Zionist claims of anti-semitic harassment by the complainant, calling the case “an impermissible attempt to achieve a political end by litigious means” that showed a “worrying disregard for pluralism, tolerance and freedom of expression”.

In the carefully chosen language of the ruling, which supporters of Israeli ethnic cleansing and massacre need to reflect on before bleating about the anger they arouse for their political positions, the tribunal judges rebuked pro-Israel activist Ronnie Fraser on the grounds that “He chooses to engage in the politics of the union in support of Israel and in opposition to activists to the Palestinian cause. When a rugby player takes the field he must accept his fair share of minor injuries. Similarly, a political activist accepts the risk of being offended or hurt on occasions by things said or done by his opponents (who themselves take on a corresponding risk).”

The arguments of Ronnie Fraser and his Zionist allies in advancing similar conflationary arguments to SCoJeC were scorned as “palpably groundless…obviously hopeless…devoid of any merit…a sorry saga”. The judges recorded their conclusion that “Our analysis to date has despatched almost the entire case as manifestly unmeritorious”.  Ouch!

The UCU trial utilised the precedent of the April 2010 trial of five SPSC members on “racially aggravated” charges that ended in sinister farce when the Edinburgh Procurator Fiscal claimed that saying the words “End the siege of Gaza!” or “Genocide in Gaza!” as an offence since it constituted “racism”. All charges were dismissed and ridiculed by Sheriff John Scott.

That same month, however, Labour MSP Ken McIntosh dishonestly claimed that Scottish PSC “target Jewish people living here in Scotland because of their blinkered hostility to Israel”. McIntosh claimed he had seen an “anti-Semitic leaflet calling for a boycott of kosher food” but when challenged by constituents, he said he was unable to find the criminal material. A senior police officer said “Police enquiries established that no offence had been committed”.

We need to end this discredited political campaign against supporters of Palestinian freedom that works to link them to anti-semitism. We need to take racism seriously, neither exaggerating nor inventing; at a time when Scottish Muslims are being physically attacked and their houses of worship torched, we note the existence of real anti-semitism, i.e. hostility to Jews as a group. This piece deals with the serial efforts of politically-driven Scottish Zionists to deliberately and dishonestly smear Palestine supporters as anti-semitic. It has to stop.

Mick Napier
West Calder
23 November 2015
This email address is being protected from spambots. You need JavaScript enabled to view it.

mick 1 days ago 9 June
Jan 2022The Israeli veterans of the 1948 battle at Tantura village finally come clean about the mass killing of Arabs ...
Alan B 4 days ago 12 September
The UK Labour Party has hired a former Israeli Unit 8200 spy to help manage its social media, The Electronic ...
Declan B 8 days ago 10 January
Monday 10 January 2021 Elbit Systems UK announced that it had sold Ferranti Technologies’ Power and Control business (Ferranti P&C), ...
Mick Napier 17 days ago 31 July
More than 130,000 children, aged between three and 14, were sent to Commonwealth countries, working class children sent into slavery ...
Tommy T 17 days ago 29 January
JTA — At least 90,000 descendants of Sephardic Jews have become citizens of Portugal or Spain since 2015, when those ...