Campaigners call for Wood shareholders to end investment in Israel 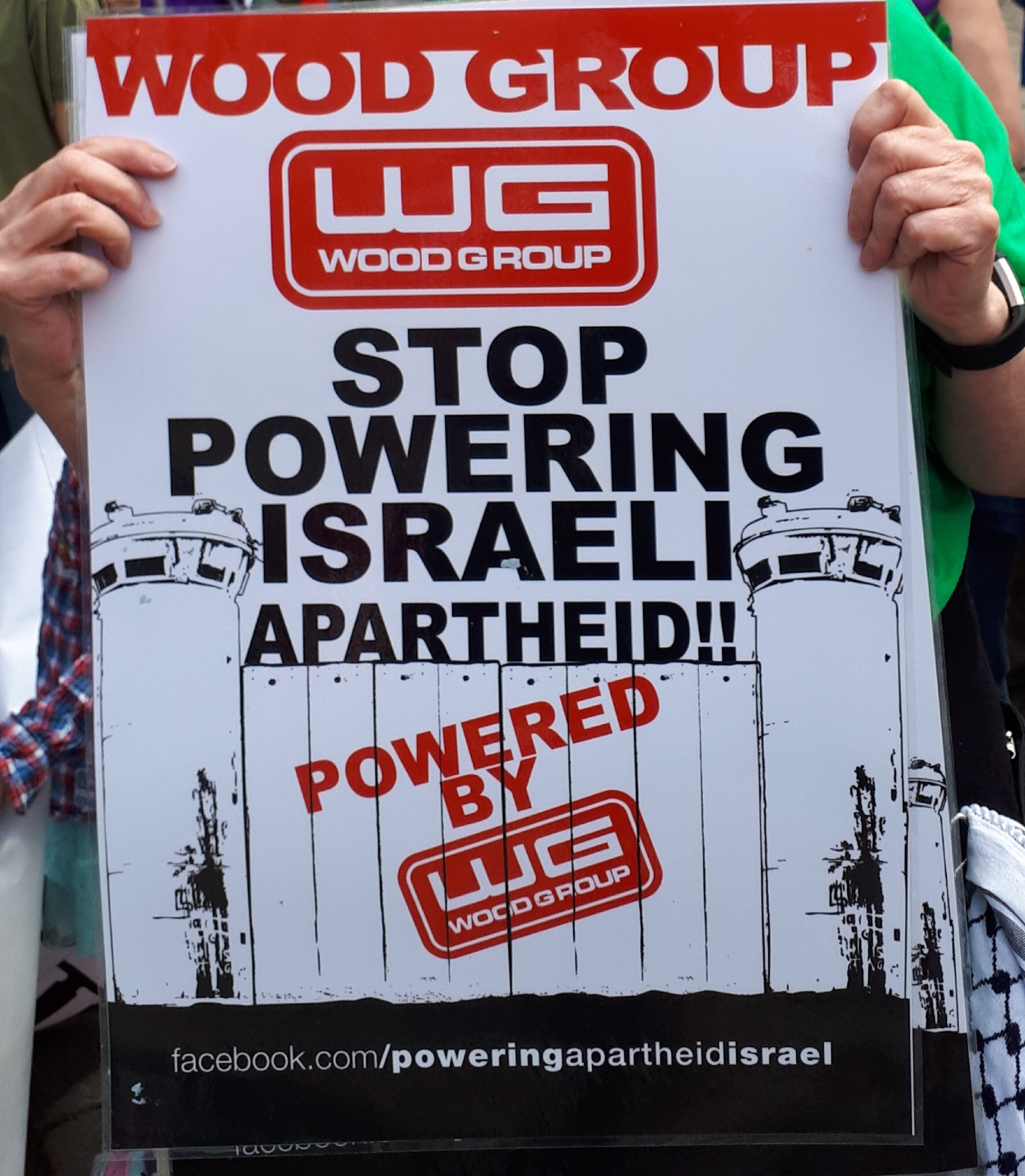 On the week of Wood Group’s (now “Wood”) AGM, campaigners for Palestinian rights are protesting the company’s on-going involvement in Israel.  The protests follow Wood’s recent increased activity in Israel, and the on-going impact of Wood’s flagship project in the country. Campaigners have committed to building the pressure on Wood until it ends its operations in Israel.

Wood Group’s first involvement in Israel began in 2010 when they signed an £563 million contract to build the Dorad Power Station[1], 15km from besieged Gaza.  The Dorad station was highly controversial for a number of reasons, being the first of its kind to sell electricity to private companies and institutions at the core of Israel’s human rights abuses (e.g. the Israel Ministry of Defence, the state water company Mekerot[2]).  The Dorad power plant was built on the land of Palestinian villages that were destroyed in 1948.

In the years that followed the Dorad plant being built, campaigners protested at Wood’s AGMs and used social media to raise awareness of the company’s complicity in Israel’s human rights abuses. In response the company stated that they had no further plans to do business in Israel.

In 2017 Wood finished engineering design work as part of Noble Energy’s Leviathan which has been the source of much controversy[3].  14 days ago Wood advertised for a Plant Operator in Tel Aviv[4].  Although the advert lacks details for the operation, it is clear the company has plans to carry out further extensive work.

Wood’s AGM, taking place on May 11th, will also be the final day of protests by Palestinians, mainly refugees, in Gaza calling for the right of return to their homes and villages which they were forced to leave in 1948 (the Nakba).  The protests have led to international attention and condemnation of Israeli Defence Forces who have killed almost 40 Palestinian protestors.

Some shareholders are uneasy about Wood’s continued Israeli operations, and a blog entitled “Is Controversy Holding Back Wood Group Shares?”[5] on the Smart Traders website earlier this year asked whether Wood’s role in the country was impacting on its share price. Activities in Israel have had a similar impact on other companies, such as G4S and Veolia, in recent years[6].

Campaigners have committed to building the pressure on Wood until it ends its operations in Israel. 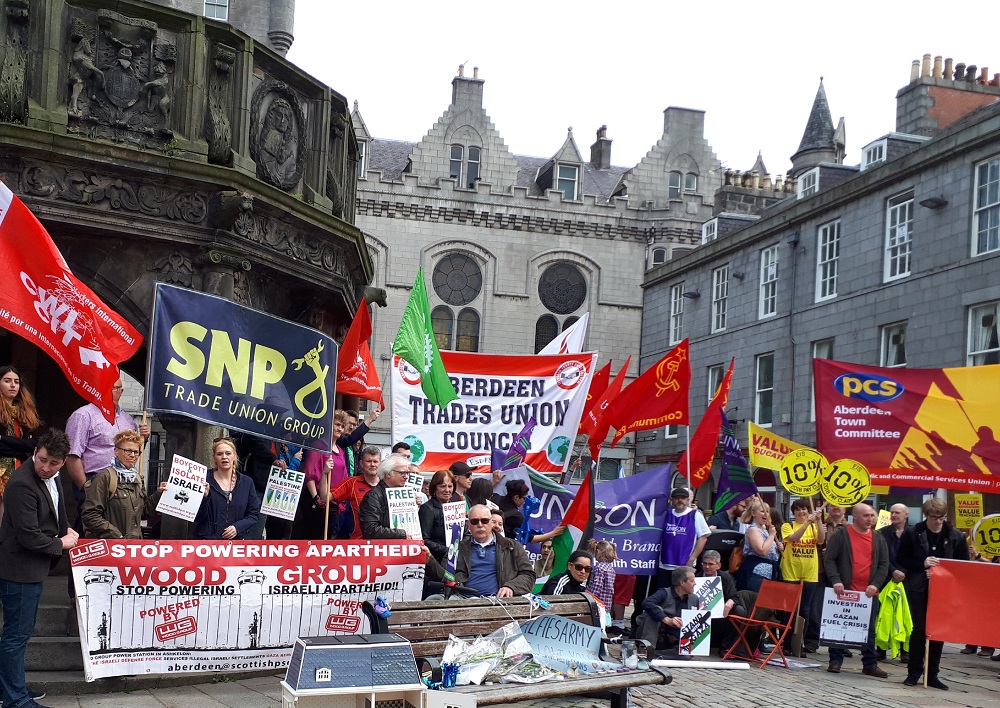