'Civil proceedings have begun in the Netherlands against former IDF Chief of Staff Benny Gantz and the commander of Israel’s Air Force, Amir Eshel, over the deaths of six family members in Gaza during Operation Protective Edge in 2014.' 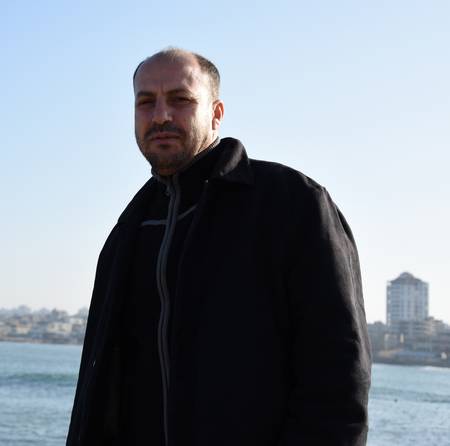 In 2016, three SPSC members visited Gaza. While there, we were hosted by the Union of Agricultural Work Committees (UAWC), and spent a considerable amount of time with Sa’ad Ziada, Gazan manager of local farmer and fisherfolk committees and director of the lobbying and advocacy department. Despite the many demands on his time, Sa’ad spent many hours with us, explaining the work of UAWC and the many projects carried out by this grassroots organisation in the promotion of food security and social justice. He also took us around the Strip, to visit farming and fishing communities, allowing us to see and hear first-hand the difficulties they face on a daily basis at the hands of the brutal Israeli military occupation and siege.

During one of our visits – to the Gaza port – Sa’ad introduced us to members of the Bakr family, who suffered an appalling loss during the 2014 Israeli bombing of Gaza, when a group of eight young cousins playing football on the beach were targeted and shelled by an Israeli gunboat, killing four of them. 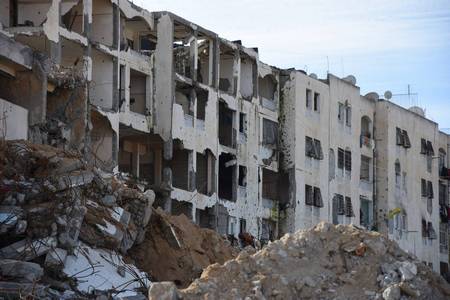 This tragedy received a huge amount of coverage, largely because it was witnessed first-hand by a large number of foreign journalists, but the distressing reality is that Gaza has many such stories of family tragedies. The medieval siege conditions forced on the Strip by the Occupation forces leave the population with no escape from the regular episodes of murderous bombing carried out by Israel. The last of these was the 2014 assault, when Israel launched ‘Operation Protective Edge’ against the people of Gaza. Israeli military subjected Gaza to bombing from land, sea and air, along with a ground invasion. After nearly two months of attacks, 2,200 Palestinians had been killed, mainly innocent civilians, including 495 children. Israel had targeted every level of the Gazan infrastructure destroying hospitals, schools, utility sources and many homes. Tragically, Sa’ad’s family endured a terrible loss when a family home was targeted and bombed, killing six members of his family - his mother Muftiah, his brothers Jamil, Yousef and Omar, Jamil’s wife Bayan and their 12- year-old son Shaban.

There was much public outrage during ‘Protective Edge’ over the relentless slaughter of civilians, with mass protests held around the world. Official ‘concerns’ and condemnations were also voiced, yet the fact remains that for 50 days, between 8 July and 27 August 2014, Israel was allowed to massacre Gazan civilians with impunity. And despite all the ‘concerns’ – and the clear evidence of war crimes – no-one has yet been held accountable. 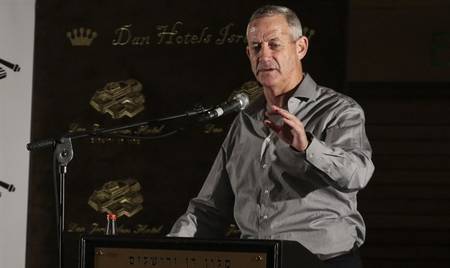 That could potentially change, however, if the Ziada family is successful in a recently raised legal action. Ismail Ziada is a Dutch citizen, and has initiated civil proceedings in the Netherlands against former IDF Chief of Staff Benny Gantz and the commander of Israel’s Air Force, Amir Eshel, over the deaths of his six family members in Gaza during Operation Protective Edge in 2014. The case (that the bombing of the house and the deaths of the family contravened international law and constitutes a war crime) will likely be long and complex, and there is no guarantee of success, but it is important nonetheless. When our governments consistently fail to bring Israel to account for numerous criminal actions, justice has to come from elsewhere. The families of those murdered have a right to be heard, a right to expose those responsible, and a right to expect those responsible to be held to account.

We in Scotland have a part to play. Many Scottish companies are complicit in Israeli crimes, from Wood Group constructing a power station in Israel that supplies electricity directly to the Israeli companies operating in settlements, to Raytheon manufacturing components for the bombs inflicting death and devastation on Gaza. We can do something about that. As Haider Eid (PACBI) posted recently.. ‘Let's be clear, there isn't much we Gazans can do against Israel and those who support its crimes against Gaza except calling on our conscientious supporters to intensify BDS, and make it absolutely clear that every victory made by the movement is dedicated to Gaza. Support the Palestinian call for BDS!’. 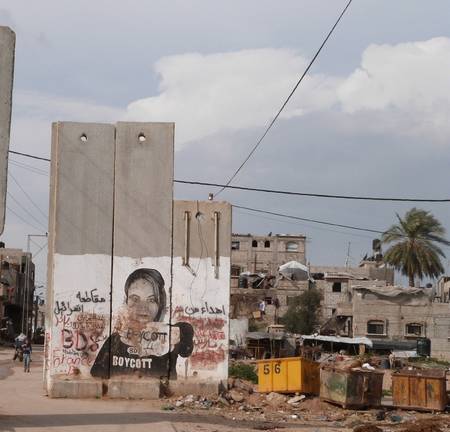 The day we met the father of one of the young Bakr boys, he was still full of grief - and he was angry, telling us ‘We have had enough! Why do you let this happen, Israel killing us, our children? Why does your government let this happen?’. He is right to be angry and he is right to demand that we act. When our elected representatives go on delegations to Palestine, it is to see ‘both sides’, and they are shown a version of the reality. But there is no such thing as ‘both sides’ to this story, and it is not a conflict of equal opponents – there is an Occupying Power and a people suffering and dying under that brutal Occupation. Until that Occupation ends, until Palestinian refugees have the right to return and until Palestinians within Israel have full equality, we have an obligation to hold our Government to account for their lack of action, and to challenge those companies who are complicit in Israel’s crime. Act now, and support the Palestinian call for a campaign of Boycott Divestment and Sanctions against Israel. Support the call for justice!

In this video from Dutch TV, the piece on Sa'ad's family starts at 18mins in and it lasts for about 20mins.
N.B. the commentary is in Dutch, but the interviews are in English