Israeli journalist suggests to 'exact a price' from Ahed Tamimi, 'in the dark, without witnesses and cameras

Israeli society has been incensed this week with the video of Ahed Tamimi and two other girls from Nabi Saleh, who slapped the Israeli soldiers occupying their family yard. The story of her 15-year-old cousin Mohammed being shot in the head by soldiers (and put into coma) just prior to that played no part in the story that the mainstream media was focusing upon – the humiliation of the soldiers, as it were. As Yossi Gurvitz noted yesterday in his coverage of the case,  , “the Israeli media did not pay any attention to an Israeli jackboot firing a bullet at the head of 15 years old. As everyone knows, daily events are not news. Nothing to report.”

The discussion amongst Israelis became all about the humiliation suffered by heavily armed soldiers, from a fearless 16-year old girl and her bare hands. Culture Minister Miri Regev said: "When I watched that, I felt humiliated, I felt crushed". She called the incident "damaging to the honor of the military and the state of Israel."  She was echoing herself from 2015, when Ahed again appeared in a viral video, wrestling a masked Israeli soldier, who was pressing her little brother down on a rock, his broken arm in cast. Then Regev was “shocked to see the video this morning of Palestinians hitting an IDF soldier,” adding that, “It cannot be that our soldiers will be sent on missions with their hands tied behind their backs. It’s simply a disgrace!….We must immediately order that a soldier under attack be able to return fire. Period.”

There was a range of suggestions of what should happen with Ahed and the other girls. Education Minister Naftali Bennett suggested that they “spend the rest of their days in prison”. But Prominent Maariv journalist Ben Caspit had a somewhat more cunning suggestion: "In the case of the girls, we should exact a price at some other opportunity, in the dark, without witnesses and cameras," he wrote in his article (Hebrew) on Tuesday  . 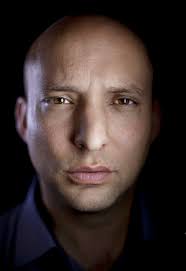 What might this price exactly be, considering that he is referring specifically to teenage girls? We are left to wonder. Perhaps he wishes to leave it to the imagination of the soldiers who would invade the home at night, ensuring that no cameras are filming.

Ben Caspit’s suggestion is a sly and wretched one, and it comes with the smugness of congratulating the soldiers for their moral strength, as it were, for not having acted back with force against the girls – on film, that is. “There is no stomach which does not turn when witnessing this clip”, Caspit says (referring to Zionist stomachs, that is). “I, for example, if I were to encounter that situation, I would have long ago been in detention until end of procedures”. In other words, Caspit is saying he would go amok on the girls to a degree that would get him arrested. That’s what he’s indirectly suggesting would be ‘normal’, because he would do it… We are again left to wonder what it is exactly that the creep would do, especially if he thought there were no cameras around.

Caspit hails the soldiers’ ‘restraint’, hardly believing they can manage it: “The combatants stand there and demonstrate extraordinary restraint, do not respond, do not defend, do not speak”, he writes.

For Caspit, this ‘restraint’ is worthy, not because of itself (in the dark and with no cameras it would be a different story, remember), but because of the PR value:

“Sometimes also restraint is power, and in the case before us, the combatants are worthy of a medal of honor, not reprimand. To keep one’s restraint in this impossible situation is far more difficult than applying force, especially when the bitter enemy in front of you is three girls who do everything to get beaten up, knowing fully well that any laying of a hand by armed combatants upon supposedly innocent girls will serve as a deadly propaganda weapon in the endless war fought for hearts on social media”.

Caspit is exalting the image of the ‘good soldier’. Those soldiers were doing nothing – the girls were just asking for a beating. Yet as Orly Noy writes in her article yesterday in +972 Magazine, shattering the ‘good soldier’ myth:

“The two soldiers may have acted according to their consciences in refusing to beat Ahed Tamimi, but the army in which they serve later broke into the Tamimi home in the middle of the night to arrest Ahed, and then arrested her mother when she accompanied her daughter to the police station. In other words, regardless of their best intentions, their encounter with the Tamimis began with violence and ended with violence. From the moment they put on their uniform, their ethical sensibilities ceased to be a factor.”

The IDF was unsatisfied with this image of ‘restraint’. It was too emasculating. The soldiers were repeatedly being called “gays” and “trannies”. Like when Elor Azarya wrote in July 2014 “Bibi you transvestite what ceasefire? Penetrate their mother!!!” (demanding continued onslaught on Gaza) . So when the IDF arrested Ahed on Monday, they filmed it and posted it publicly with official logo (a highly irregular practice in such cases) – to show everyone that the IDF were not “trannies”, as it were. The IDF can arrest 16-year-old girls if it wants to, and we’ll film it ourselves, just watch us…

But this is not exactly what Ben Caspit had in mind. His suggestions were a bit more insidious, and not for filming.

Caspit's remarks have been noticed in mainstream media, but they seem to not receive the due seriousness of focus they deserve. These are not just words. It's like when last year, an Israeli former chief educator suggested in an Adelson paper that Sweden's Foreign Minister Margot Wallström might get the 'Bernadotte treatment' (assassination), for daring to suggest that Israel might be applying a policy of extrajudicial assassinations.

The author, Zvi Zameret, later got away with it saying that he didn't actually suggest her assassination. Just like Caspit was not actually suggesting to rape Ahed Tamimi. The details of the crime can be left to the wild imagination of those perpetrating it, “in the dark, without witnesses and cameras”.