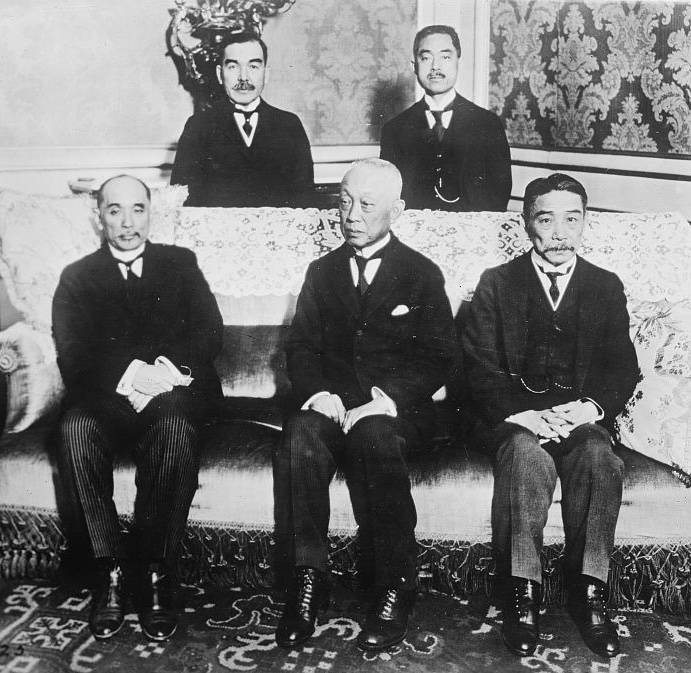 SAN REMO: AGREEMENT ON WHITE SUPREMACY AND ZIONISM
On this day in 1920, the Supreme Council of the San Remo Peace Conference, one of several where the victorious WWI powers divided up the spoils, assigned Palestine to Britain with a provision to implement the Balfour Declaration. The views of the Palestinian majority were ignored. The preceding session in Paris had rejected the notion of racial equality. Australia and the USA, Britain acquiescing, defeated a Japanese proposal for a clause in the agreements on equality of races.

Britain supported the White Australia policy, which remained in force until 1973, and refused to agree to an Imperial Japanese request to extend racial equality to the victors of WWI.

The "prejudices" of inferior races had no claim to consideration by the rulers of the British Empire, the greatest of a supposed "White race". The author of the notorious Balfour Declaration wrote to Lord Curzon:

For in Palestine we do not propose even to go through the form of consulting the wishes of the present inhabitants of the country...The four Great Powers are committed to Zionism. And Zionism, be it right or wrong, good or bad, is rooted in age-long traditions, in present needs, in future hopes, of far profounder import than the desires and prejudices of the 700,000 Arabs who now inhabit that ancient land.

The UK's denial of equal rights to native Palestinians after WWI was part of a wider system of White supremacist beliefs held by the rulers of the British Empire and the USA. The post WWI Treaty of Versailles between the victorious allies - notably France, Great Britain, Italy and the United States - rejected "a little-known request by Japan", a clause in the treaty that would have affirmed the equality of all nations, regardless of race. Australia pushed back. The British dominion had instituted a White Australia Policy in 1901 limiting all nonwhite immigration. Australian Prime Minister Hughes strong-armed the rest of the British delegation into opposing the proposed clause and eventually got [US President] Wilson's support too for Australia's White supremacist policy.

built around a shared project of territorial expansion. In 1917, the US president, Woodrow Wilson, baldly stated his intention, “to keep the white race strong against the yellow” and to preserve “white civilisation and its domination of the planet”. Eugenicist ideas of racial selection were everywhere in the mainstream, and the anxiety expressed in papers like the Daily Mail, which worried about white women coming into contact with “natives who are worse than brutes when their passions are aroused”, was widely shared across the west. Anti-miscegenation laws existed in most US states. In the years leading up to 1914, prohibitions on sexual relations between European women and black men (though not between European men and African women) were enforced across European colonies in Africa.

7-minute video: historian Seiji Shirane on the impact of the 1919 assertion of Western White supremacy until today