APRIL: Ron Taylor - An eye-witness report from the Palestinian village of Susya 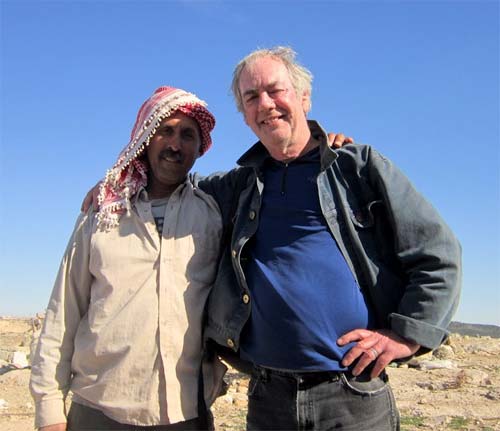 Israel is escalating its never-ending attacks on the people of Gaza. Most of Gaza's residents are refugees or the children and grandchildren of the Palestinian refugees driven from their homes, villages and towns in present day Israel by Zionist waves of ethnic cleansing from 1948 until the present.

Those who cover this up are also complicit in Israel's current ethnic cleansing operations throughout the areas it its military controls. Ron Taylor will be speaking at meetings across Scotland on one example; the ethnic cleansing of the Palestinian village of Susya. He wrote last year while working in Susya with a group called Ta'ayush, an Arab-Jewish partnership, that "the ethnic-cleansing of Palestinians in the West Bank will continue unabated. In fact some settlers have even found a new way to steal land: the video below was made by Ta'ayush and a B'tselem activist. It shows top soil being taken away from Palestinian land near Susya to be transported to the illegal settlement of the same name. http://youtu.be/2BAt2Hzp7TI

The Palestinian Susya is a community constantly under threat and is a place where Ta'ayush has operated for many years. In fact, the whole village is in danger of being wiped from the map. Most of its buildings are now under the threat demolition - a further 34 demolition orders were issued by the Israeli military a few weeks ago."