This summer, as Israel devastated Gaza, killing over 2000 Palestinians and maiming thousands more, Scots demonstrated in their thousands in support of the Palestinian call for boycott, divestment and sanctions against the state of Israel. The Scottish Government has called for an end to arms sales to Israel.

In August Scottish PSC Fife organised a demonstration in Glenrothes, where one of the world’s biggest arms companies, Raytheon, has a plant. Other firms with bases in Scotland, Denchi Power and Selex, also sell military hardware to Israel. Following a similar action at Elbit Systems, an Israeli arms plant near Birmingham, activists from Glasgow Palestine Action were arrested in September for actions at the entrance and rooftop of a Thales plant near Glasgow. Elbit and Thales are working together to make the next generation of ‘Watchkeeper’ drones, a contact worth £1 billion.

Joining UK-wide actions since the summer, which included Edinburgh and Glasgow, Scottish PSC Aberdeen have organised ongoing protests at Barclays Bank, the main institutional shareholder in Elbit and some of the world’s largest arms companies. Barclays PLC is the named owner of over 50,000 shares in Elbit Systems.

This speaking tour is a chance for us to hear from the inspiring Raytheon Derry campaign and is an opportunity to share ideas and build a sustained campaign to end Scottish arms sales to Israel. 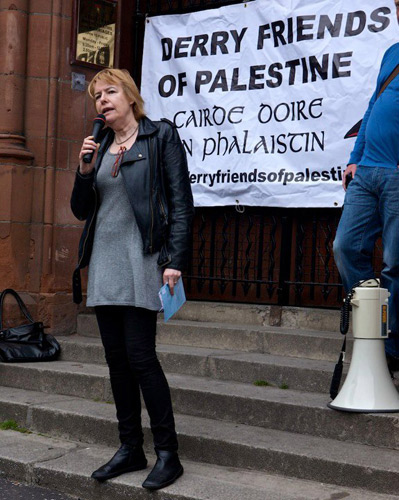 Goretti Horgan is a Derry based socialist, trade unionist, women's rights activist and social policy researcher/lecturer at the University of Ulster. She was one of the ‘Raytheon 9’ women, members of the Derry Anti War Coalition, charged with burglary and attempted criminal damage as a result of their occupation of the Raytheon plant in Derry on 12 January 2009 during Israel’s assault on Gaza. The nine women entered the building that housed Raytheon and chained themselves to each other and to the internal doors leading to Raytheon's part of the building. Five men were also arrested while demonstrating outside in support of the women.

A jury in Belfast Crown Court acquitted the ‘Raytheon 9’ women. Three of the men arrested were also acquitted while two were convicted of minor offences. In 2010 Derry campaigners won a massive victory when Raytheon closed down its Derry plant. 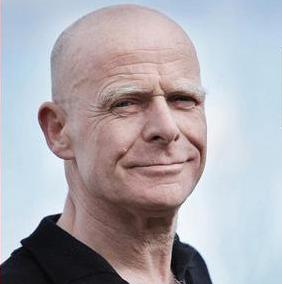 In August 2006, Eamonn McCann, journalist and socialist activist, was one of nine male protesters, also known as the ‘Raytheon 9’, who were charged with £350k worth of criminal damage after deliberately sabotaging Raytheon’s mainframe computer. This action was a direct response to Israel’s targeting of residential apartments in Qana, Lebanon, when 28 civilians were killed with a Raytheon “Bunker Buster” bomb.

In June 2008 the ‘Raytheon 9’ were acquitted unanimously by a Belfast jury after it accepted that the action was being done in order to prevent further loss of life. During the same trial, representatives from Raytheon had to admit that they had continued to supply weaponry to Israel in spite of evidence that it was being used to commit war crimes.

www.scottishpsc.org.uk – This email address is being protected from spambots. You need JavaScript enabled to view it.