BACKGROUND
The protest against the JNF on Friday is one of a series of vigorous protests against this racist organisation. The JNF's glitzy Hilton fundraisers in Glasgow have been stopped by grass roots protests since 2001 and mounting pressure on politicians organised by the Stop the JNF Campaign, now backed by the STUC, Green Party and scores of MPs.  Determined protests by SPSC since 2005 at Bonnyton Golf course finally forced the cancellation of this year's pro-am fundraiser. 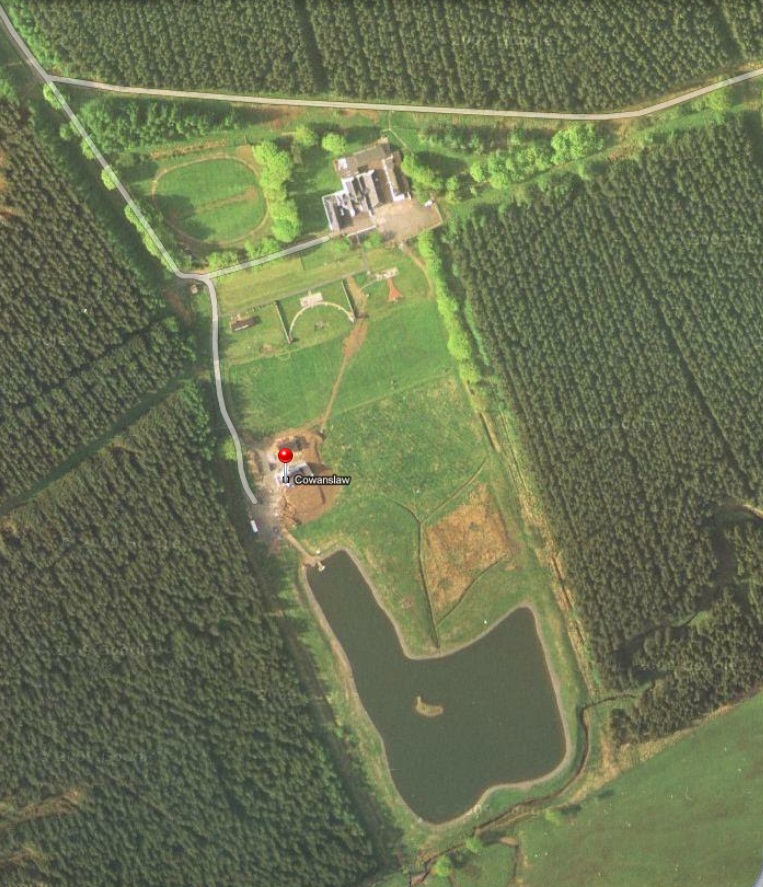 Palestinian prisoners on hunger strike against detention without trial are on the edge of death; they are interned for resisting the ethnic cleansing the JNF 'charity shoot' is financing.  The JNF needs real killers to shoot unarmed protestors in Palestine who resist dispossession by the JNF.  Israeli FM Lieberman, who called for the killing of Palestinian prisoners,  is guest speaker at a JNF event in London later this month.

AIMS
The aim of Friday's protest is to build on these past successes by ensuring that the racist JNF cannot organise a public event anywhere in the UK, however remote the location, without a large and vigorous protest against their racist programme in Israel/Palestine, where they work in concert with the murderous settlers and occupation forces for the ethnic cleansing of Palestinians.

Many who previously took part in the 'charity' events were unaware of the true nature of the JNF's aims, brutal history and current activities.  Protests led to declining numbers year on year at Bonnyton and their retreat to Cowan's Law is a sign of this.  From 8am at Cowan's Law on Friday, all participants in the shoot will be left in no doubt as to the crimes they are helping to finance.

Everyone who attends on Friday will be helping to hasten the end of a Fund that once had Prime Ministers and every major party leader protecting them.

METHODS
Stop the JNF invites everyone to join in the protest activities at Cowan's Law for the whole day – "8 till late" – or as much as they are able to.  We will be asserting our rights to access Forestry Commission land adjacent to where the JNF's activities are planned and to freedom of assembly and peaceful protest.  Bring banners, loudhailers, flags, cameras, your voices, your anger and your energy.

As at previous protests against the JNF at Bonnyton Golf Course, it may be necessary (for those protestors who are willing) to challenge any police encroachment on rights of assembly by being arrested so as to be able to raise the issues of free speech in a court trial.  The legal process will enable us to highlight the criminal nature of the JNF's activities in Israel/Palestine in the court room, which the JNF fears greatly on its past record.

GROWTH
The size of the protests grows as the JNF's nature becomes more widely known and fresh waves of protestors join the struggle against Israeli apartheid.  The newest participant is as important as the longest-serving and their voice as important.  Our challenge is to coordinate to the maximum all concerned and, although that can never be perfect, we ask everyone to sign up to the aims and methods of the Stop the JNF Campaign.  Organisation is the key to defeating the JNF and contributing to the Palestinian struggle for freedom.

ARRANGEMENTS AT COWAN'S LAW
The images are highly misleading since the forestry area has been totally clean cut – no trees there, only rough terrain with knee-high saplings.  Cowan's Law is a rectangle with a triangle stuck on top.  Stop the JNF intends to access both long sides of the rectangle on Forestry Commission land as of right and erect a barbecue, set up a few portable chairs and table for dispensing food, tea, coffee, juice and water.

Follow the signs from the hamlet of Moscow (pronounced M'SKOW to rhyme with 'how') to the initial assembly point at Cowan's Law.

Food and drinks
There will be basic food available for all tastes throughout the day, including a barbecue and hot drinks. Alcohol is banned.

Cover
We will erect a large covered area.

If you want to join and make a contribution to the Stop the JNF Campaign - UK, the opportunity comes on Saturday in Edinburgh
Saturday 12 May

Stop the JNF Conference: No British funds for apartheid, colonisation and ethnic cleansing
Venue: Augustine United Church Centre, George IV Bridge, Edinburgh - £10 / £5
Register at the door, by Paypal, or email This email address is being protected from spambots. You need JavaScript enabled to view it.

10.30am  Session 1
Dick Pitt: The JNF: a century of colonisation and apartheid
- Historical overview
- Role of the JNF
- Why campaign against the JNF