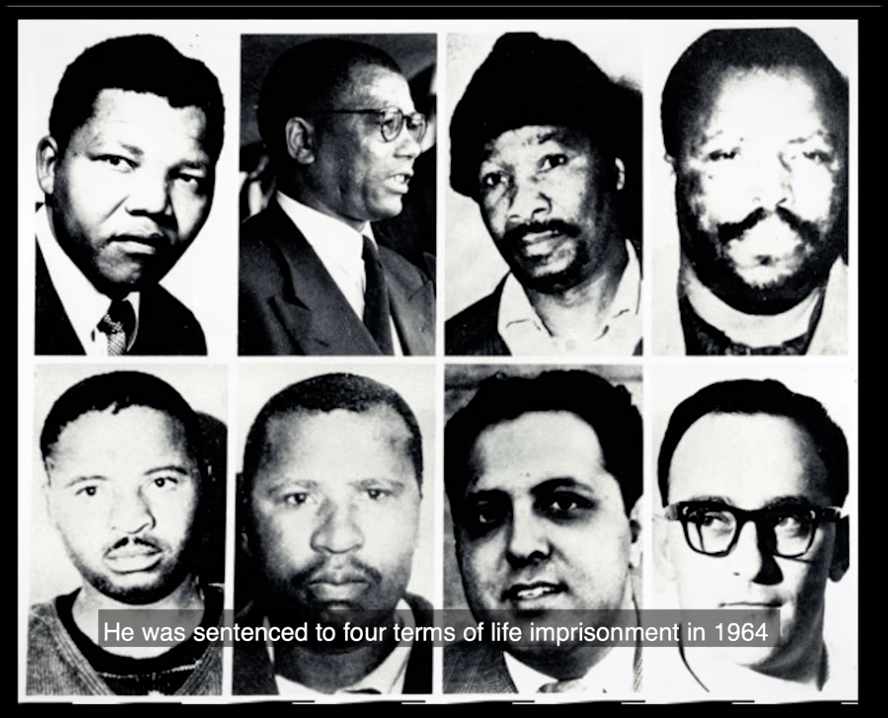 When Marek Edelman, Commander of the Warsaw Ghetto Resistance died in 2009, Moshe Arens, Likud’s former Foreign Minister wrote that:
‘He had received Poland's highest honor, and at the 65th commemoration of the Warsaw ghetto uprising he was awarded the French Legion of Honour. He died not having received the recognition from Israel that he so richly deserved.’

In my own commemoration I wrote that:
The President of Poland spoke at his funeral, held in the old Jewish cemetery of Warsaw. Two thousand people attended the grave-side ceremony. But no one from the Israeli government attended - though Israel's former ambassador to Poland, Shevach Weiss, attended in a personal capacity. No official representative of any international Jewish organization attended either: not even from the Holocaust memorialization organizations. As far as I can tell, neither the Jerusalem Post nor Ha'aretz ran a story when Edelman died, nor any sort of eulogy.

Marek Edelman was probably fortunate not to have had a hypocritical tribute by a state founded on the same principles as the European fascists of the 1930s.

The same is true of Denis Goldberg, who died of cancer on April 29th aged 87, a Jewish veteran of the anti-Apartheid struggle. Israel calls itself a ‘Jewish’ state but it doesn’t care to celebrate Jewish heroes of the fight against racism. Indeed it barely acknowledges the contribution of anti-Zionist Jews to Jewish history. They are written out of Zionist history. This is probably a good thing as there could be no greater dishonour than to be praised by the apartheid regime in Tel Aviv and its sycophants.

Only a couple of months ago I had the privilege of attending a packed meeting at Sussex University, which was addressed by Albie Sachs, another Jewish veteran of the anti-Apartheid struggle. Sachs was blinded in one eye and lost an arm when opening a letter bomb from South Africa’s secret police, BOSS.

Last year I attended a meeting at SOAS with Ronnie Kasril’s, the former ANC security minister and commander of Umkhonto we Sizwe, the ANC’s military wing. Ronnie told us how, under the IHRA misdefinition of ‘anti-Semitism’ his meeting in support of the Palestinians was banned by Vienna’s local authority from Council property. The decision had been unanimous.  The Green Party, the SPD and Austria’s neo-Nazi Freedom Party had all voted together to ban a Jewish veteran of the anti-apartheid struggle. Such are the alliances that have been formed in defence of the world’s only apartheid state.

Denis Goldberg was born on April 11 1933 in Cape Town to Annie and Sam, communist working-class Jewish immigrants from Britain who would die when their son was in prison.  His mother later spent time in prison for her anti-apartheid activism. His parents were the children of Jewish immigrants from Lithuania. He recalled that his opposition to racism began at the age of six when he and his parents would give food to striking workers.

Goldberg grew up reading about Nazi atrocities during the Second World War. After leaving the Observatory Boys School he studied civil engineering at the University of Cape Town because, he said, he wanted to “build roads and bridges, dams and pipelines for people”. Why did he get involved in the anti-Apartheid struggle? He told

.be" title="www.youtube.com">a 2019 interviewer with the University of Cape Town.
“I understood that what was happening in South Africa with its racism was like the racism of Nazi Germany in Europe that we were supposed to be fighting against,”
“You have to be involved one way or another. That’s what I grew up with. I come from a generation who were prepared to put our lives on the line for freedom”
Just as Denis Goldberg was inspired to oppose Apartheid by what the Nazis had done to the Jews so many Jews today oppose Israel, the so-called Jewish state for the same reasons.  Hatred of racism is a universal principle or it is nothing...

In 1957 Goldberg joined the banned Communist Party and his first run-in with the law came in 1960, during protests following the Sharpeville massacre when 69 unarmed protestors were shot dead by South African police. During the state of emergency imposed after the Sharpeville massacre of 1960 he was imprisoned for four months as the regime cracked down on activists. He again lost his job, this time with a construction company building a power station. Following his release from custody, he joined the military wing of the African National Congress (ANC), uMkhonto we Sizwe.

In 1962 Mandela set up Umkhonto we Sizwe (MK) and Goldberg, now notorious as “the most dangerous white man in South Africa”, went underground to set up a training camp near Cape Town for a campaign of sabotage directed at government buildings and infrastructure, the first such camp inside South Africa.

After being arrested Goldberg was sentenced to life imprisonment alongside Nelson Mandela and nine others in the 1964 Rivonia trial in which he was found guilty of sabotage. He was the only white man to be convicted and, at 31, he was the youngest of the defendants. The Defendants had expected to be sentenced to death and it was almost certainly international pressure which averted this.

After their life sentences were handed down, Goldberg’s mother, who was hard of hearing, called down from the public gallery: “Denis, what is it?” He shouted back: “It’s life, and life is wonderful!”. In the documentary, Life is Wonderful, Goldberg emerged as its gentle, self-deprecating but steely star.

When his father died Goldberg did not seek permission to attend his funeral because “I wasn’t going to give them the pleasure of refusing me”.

In prison in Pretoria Goldberg took degrees in Public Administration, History, Geography and Library Science, taught himself German and was half way through a law degree when he was released from prison in 1985 as international pressure forced the apartheid regime into making concessions.

On release he was allowed a visit to his father’s grave in a Jewish cemetery in Johannesburg then put on a plane to Tel Aviv. His daughter was working on Kibbutz Ma’ayanei HaYeshu where he stayed for a short period with his family before living in exile in London, where he continued to take part in the anti-Apartheid movement. Though Israel had helped to secure his release, Goldberg denounced its close ties to South Africa’s apartheid regime.
Israel and Zionism
Goldberg recalled that some people questioned his description of Israel as an apartheid state, when Israel, for example, has a number of Palestinian members of parliament and Israeli Palestinians can vote. His response was clear and simple:
“Well I say you don’t need to be like South Africa to be an apartheid state; there is a definition in international law through the UNESCO declaration on apartheid.”
Apartheid exists, he said, in states that enforce laws and policies that discriminate between people on the basis of race or religion, and this holds true in Israel proper as well as in the occupied West Bank and Gaza Strip. He was one of a panel of anti-apartheid activists discussing the lessons that struggle holds for the Palestinian cause.
Like so many of his colleagues in the anti-apartheid movement, Goldberg became a vocal critic of Israel and a stalwart supporter of the Palestinian cause.
Goldberg told an Israel Apartheid Week meeting at Johannesburg University in 2015 that
"There is no doubt in my mind that Israel is an apartheid state. Having lived through apartheid in South Africa, I cannot allow in my name the same kind of oppression to go on."
“It’s simple: the dominant group excludes the indigenous people from their equal rights within the borders of Israel itself and in the occupied territories, in breach of international law,
.be" target="_blank" rel="noopener">In a video urging people not to go on propaganda trips to Israel, Denis Goldberg said that,
“Going on free trips to Israel causes harm to the Palestinian people just as people who visited South Africa and broke the cultural and academic boycott against white South Africa, did harm to our movement.”
He also described the “enormous” lies propagated to defend Israel. “I’ve lived through South African apartheid and I saw it there as well.” Goldberg added that not a single settlement is built by Israel that is not erected on the ruins of Palestinians homes, their livelihood and the livelihood of their children for generations to come. “This is outrageous, I cannot possibly support them.”
Goldberg said he had a responsibility as a human being to uphold justice, truth and righteousness, “just as I did as a first-generation white South African” who opposed apartheid.

Goldberg also said that the situation in Israel is not as complicated as the Zionist lobby tries to make it seem. “It’s simple: the dominant group excludes the indigenous people from their equal rights within the borders of Israel itself and in the occupied territories, in breach of international law,”
He said these actions showed an attitude that Palestinians were considered lesser people, which is similar to what happened in South Africa during the apartheid era when blacks were barred from voting. "I have to be an opponent of the exclusionist policies of Zionism, but let me say straight away that I have to be opposed to the exclusionary policies of the feudal Arab states of the Middle East as well."

When apartheid eventually began to crumble, and Mandela was freed in 1990, he wanted to return to South Africa but his wife was reluctant and Britain was by that time home for his children

He returned to attend Mandela’s inauguration after South Africa’s first free elections in 1994. The following day Elias Motsoaledi, a fellow Rivonia defendant, died. At his wake in Soweto Goldberg received a hero’s welcome.
During a subsequent visit to South Africa that November Goldberg resolved to help rebuild his native country and destroy apartheid’s legacy. He founded a UK-based charity, Community Heart, to help raise standards of health and education for black South Africans.
With his new wife, Goldberg, aged 69, returned to South Africa after 18 years in Britain to work as an adviser to Ronnie Kasrils, then minister of water affairs, in Pretoria, the city of his previous imprisonment. “I have the desire to go home. The time is right and I need a breather,” he said...
Full article and tribute by Gideon Levy here
Denis Goldberg spoke at an SPSC meeting on "South Africa to Palestine: the Long March to Freedom"
in Glasgow City Halls on September 13th 2001