We couldn't stop Israel doing this to Palestine... 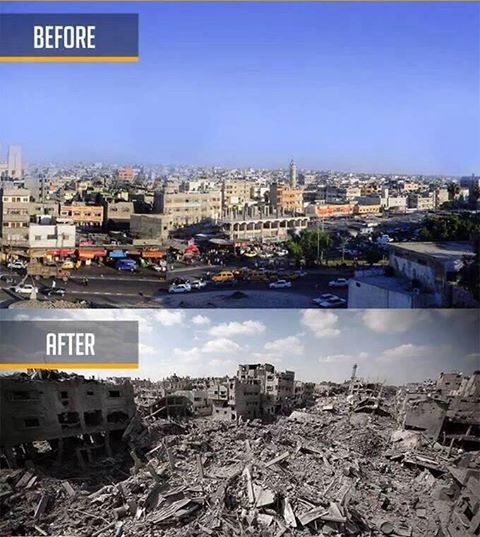 ... devastating Gaza. Nor could we stop the daily scenes...

But we can work to try to stop the next devastation it is openly planning for whoever resists it.  Nothing is more important for those who want to help the Palestinian people than stopping the flow of weapons to the State that is working to drive them from Palestine to make way for Jews Zionist from around the world.

The extent of Scottish complicity in Israel's crimes is seen at its worst in Glasgow, Scotland's largest city. Flying in the face of a strong public opinion, the City Council has:

This is despite the call last summer by the Scottish Government for an arms embargo against Israel until it concedes Palestinian human rights.

What you can do to end the foul Scottish trade in arms to Israel: