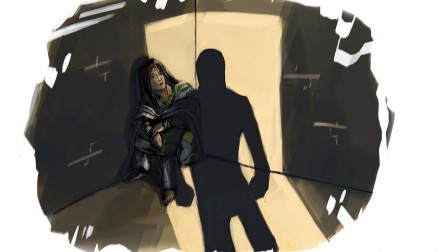 The UK section of a right-wing, pro-Israel group is claiming that it has “convinced  The Herald (of Scotland) to retract a historical lie that the flight of 700,000 Palestinians in 1948 was caused by “Israeli aggression, including rape and torture.'” It makes a similar claim for the Times of London.

The self-styled Committee for Accuracy in Middle East Reporting and Analysis, CAMERA, gloats that “editors at both publications couldn’t provide the name of even one historian who holds this view.”

This news is welcomed by Glasgow Friends of Israel, whose Facebook pages once also welcomed the news that Palestinians had been "euthanised" by Israeli soldiers and more recently hosted a discussion on whether Muslims deserved to be killed by the White supremacist who gunned them down in a New Zealand mosque last year.

Palestinian historian, Walid Khalidi, gathered testimonies from across Palestine for his 1992 work, All That Remains. Safsaf, to take one example of numerous crime scenes, was a scene of "mass murder" in the words of a former Head of the Haganah National Staff. Safsaf ('Willow' in Arabic) is near Safed in the north of Palestine:

"As we lined up, a few Jewish soldiers ordered four girls to accompany them to carry water for the soldiers. Instead, they took them to our empty houses and raped them. About seventy of our men were blindfolded and shot to death, one after the other, in front of us. The soldiers took their bodies and threw them on the cement covering of the village’s spring and dumped sand on them." (All That Remains, p491)

In 2015, Israeli daily Haaretz caused quite a stir when it reported that Israeli historian Tamar Novick had found a document in the archives describing another aspect of the 1948 massacre in Safsaf village:

“Safsaf – 52 men were caught, tied them to one another, dug a pit and shot them. 10 were still twitching. Women came, begged for mercy. Found bodies of 6 elderly men. There were 61 bodies. 3 cases of rape, one east of from Safed, girl of 14, 4 men shot and killed. From one they cut off his fingers with a knife to take the ring.”

Tom Segev is an eminent Israeli historian and winner of National Jewish Book Award for Israel, the National Jewish Book Award for American Jewish History. In his 1949 –The First Israelis, Segev writes that Ben Gurion “had been informed of murderous acts—or ‘slaughter,’ as he put it—and rape, which were committed by Israeli soldiers. Such reports intensified the panic and flight of the Arabs."

Ben Gurion’s Diary entry that “The situation in the army is very bad,” referred, according to Segev, to a range of issues, including “heavy losses and the defeats in battle, the looting, rape and murder, which had taken place in the course of the war”.

The rapes were discussed and seemingly tolerated at cabinet level when “cases of rape in Ramlah” were reported by Agriculture Minister, Aharon Cizling. He added that “I can forgive rape, but I will not forgive other acts which seem to me much worse", such as freelance looting.

Benny Morris is an Israeli defender of the Zionist ethnic cleansing campaign of 1947-49 who thinks it should have gone even further. He is also a professional Israeli historian. Palestinian-Canadian academic, Nahla Abdo, quotes Morris discussing ‘about a dozen’ cases of rape in 1948.

"In Acre four soldiers raped a girl and murdered her father. In Jaffa, soldiers in the Kiryati Brigade raped one girl and tried to rape several more. At Hunin two girls were raped and murdered. There were one or two cases of rape in Tantura; one case of rape at Qula; at Abu-Shusha, there were four female prisoners; one of whom was raped a number of times … Usually more than one soldier was involved [and the event] ended with murder. [We] have to assume that the dozen cases of rape that were reported … are just the tip of the iceberg." (Morris quoted in Captive Revolution, p 80)

Israeli Government tolerance of Israeli soldiers raping Palestinian women is not a matter consigned to the past. Just as the ‘Nakba’ is ongoing, Palestinian women still face the threat and reality of rape by Israeli soldiers after they are seized and imprisoned.  Nahla Abdo includes the most horrific eye-witness testimonies in Captive Revolution of Israeli interrogators' political-sexual depravity in their violations of Palestinian women, including threatening and actually raping women in front of their father or husband. (Captive Revolution, pp 163-5, 173)

Perhaps uniquely across the world, prominent figures publicly condone the rape of Palestinian women. Reuters was one of many major world news outlets reporting in July 2016 that “Israel’s military has nominated a new Chief Rabbi who seemed to imply in a past religious commentary that its soldiers are allowed to rape non-Jewish women in wartime.” The army chief spiritual guide had written endorsing rape “during wartime out of consideration for the soldiers’ difficulties ... And since our concern is the success of the collective in the war…[soldiers are] permitted to satisfy the evil urge”. To be fair, when the top job came along, Eyal Karim apologised for his earlier advice.

Dr Mordechai Kedar, a lecturer on Arabic literature at Bar Ilan University, told an interviewer on the Israeli Broadcasting authority how to deal with Palestinian “terrorists”: “A terrorist, like those who kidnapped the boys and killed them, the only thing that will deter them, is if they know that either their sister or mother will be raped if they are caught”. Kedar was a member of a secret right wing Facebook group along with Nigel Goodrich, founder of Glasgow Friends of Israel, which discusses “euthanizing” Palestinians and hosted a discussion as to whether last year’s White supremacist murder of Muslims in a New Zealand Mosque was justified.

James Joyce has Stephen say in Ulysses that “History is a nightmare from which I am trying to awake.” The pro-Israel crowd are determined to suppress their history in order to sustain the nightmare. Has the Herald been intimidated by racist ignoramuses?