'Mandela Women': from Sharpeville to Palestine - oppose all racism 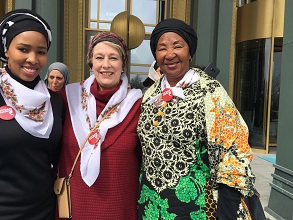 Greetings to those opposing racism in Scotland and around the world. The worldwide demonstrations on the anniversary of the Sharpeville massacre should oppose all racism that blight our planet, especially the brutal apartheid system that still holds sway in Israel/Palestine.