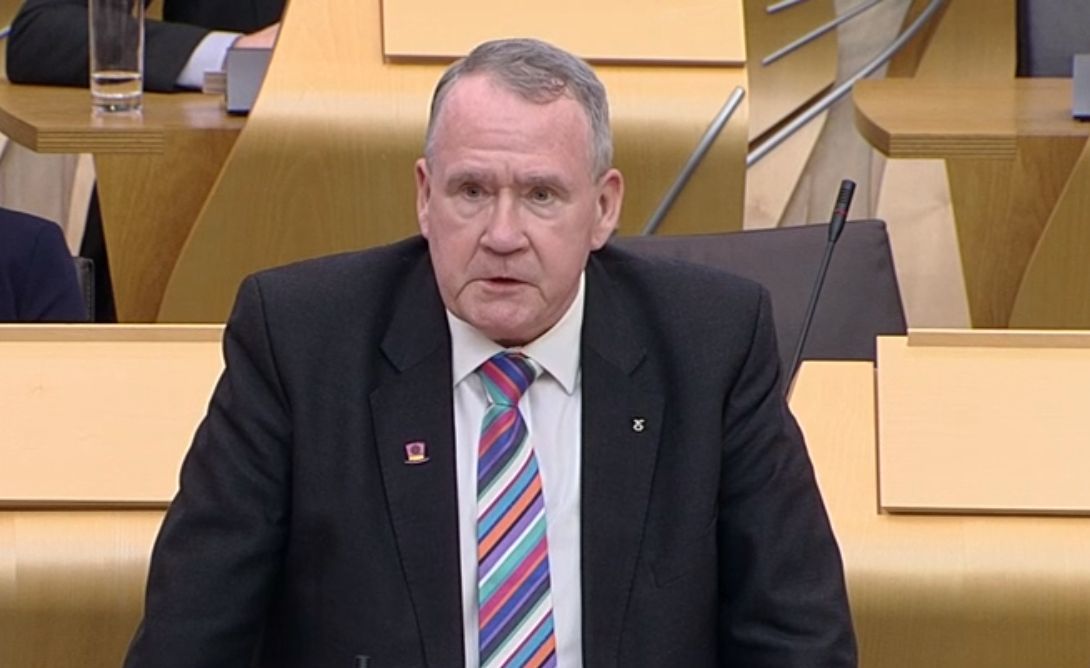 The Palestinian Nakba, ‘catastrophe’, is commemorated and marked as a day of resistance every year on the 15 May.  Sandra White, Scottish National Party (SNP) MSP, submitted a motion to the Scottish Parliament to mark 72 years since 15 May 1948; the day after Zionist militias declared the establishment of their state and the British ended their Mandate of historic Palestine.

The Nakba refers to the first major wave of ethnic cleansing of Palestinians carried out by Zionist militias to make way for European Jewish settlers.  This process of forced population transfer began before the First World War and continues until today.  During the period of 1947-1949, more than 750,000 Palestinians were forcibly displaced from their homes and lands and have since been prevented from returning, thus violating a right to return that is enshrined in international law and is denied by the state of Israel and their allies.

The Sumarin family is one example of Israel’s ongoing Nakba against the Palestinian people.  On 30 June the family of eighteen face a court order that will evict them from their home and hand it over to the Jewish National Fund (JNF), a para-statal organisation backed in this effort by the extremist settler group Elad and other agencies dedicated to taking over Palestinian neighbourhoods of Jerusalem.  Meanwhile, Israel continues their siege on Gaza, their imprisonment and torture of Palestinian political prisoners and their daily violations of international law as they prepare to annex the Occupied West Bank.

Richard Lyle convenes the ‘Building Bridges with Israel’ cross party group at the Scottish Parliament which brings together many of the Israel lobby groups in Scotland, all intent on making sure that the state of Israel is protected from criticism and that supporters of equality, justice and freedom for the Palestinian people, especially those who campaign in support of the Palestinian BDS call, are denounced and criminalised.  Amongst those involved with this group is Stanley Lovatt, who was chair of JNF KKL Scotland for many years, and was rewarded in 2011 with the role of Israel's Honorary Consul in Scotland.  JNF KKL Scotland raises money in Scotland, with all the benefits of charity status, to assist in efforts to displace the Sumarin family and many more like them.

Mainstream Israeli political culture allows for public discussions of Judaisation of areas, i.e. dispossessing and removing Palestinians, even the ethnic cleansing of the entire Palestinian population. It does not take much to understand that the state of Israel, regardless of the party in government, is not interested in any meaningful peace; the “peace process” must proceed alongside the expansion of illegal settlements and the sealing off of ever-increasing areas of land from Palestinian use.

The Israeli government is extremely worried by the boycott, divestment and sanctions (BDS) movement and responds through the Ministry of Strategic Affairs mobilising groups such as ‘Building Bridges with Israel’.  Such groups peddle a vision of a two-state solution that Israel’s own actions have destroyed.  They endlessly target BDS campaigners as antisemites while working to normalise anti-Palestinian racism.

Neither discussion nor dialogue is made likely by claiming that the refugee conditions of millions of Palestinians, victims of ethnic cleansing, were “self-inflicted”.

Palestinians want peace, but what would be worthy of discussion is what a lasting peace might look like. For Palestinians this must mean the end of Israel’s illegal occupation of Arab lands, equality for Palestinian citizens of Israel, and right of return.

There can be no equal partners at the negotiating table until Israel ends the ongoing dispossession - ‘Nakba’ - of the Palestinian people.  Since diplomacy has failed and states fall silent or, worse, are complicit in Israel’s crimes, BDS is the most effective action we can take.

Richard Lyle is either abysmally ignorant of the situation in Israel/Palestine or a willing participant in the sinister efforts of the Israel lobby in Scotland.  The SNP should now suspend his membership and investigate his racism towards, his demeaning of, Palestinians.